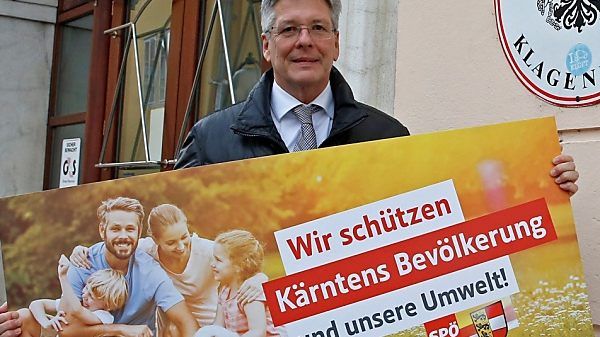 The European Commission has largely approved Carinthia, which prohibited the use of glyphosate and similar non-biodegradable fertilizers for private users. It had only been "marginal correction desires," says SPO chief governor Peter Kaiser.

"Essentially, it means that we have the green light to ban glyphosate and hundreds of other dangerous, non-biodegradable weeds and pests for private users," Kaiser said. Carinthia had already begun to limit the use of glyphosate, but a bill had been rejected by the EU in the spring. The new proposal applies only to private users who do not have proof of eligibility. Applications in agriculture are not affected by the planned ban.

The EU Green Member, Thomas Waitz, was very pleased with the success of the nuclear policy. Other federal states can now also take action, so Waitz. He asked for a quick response from the Minister for the Environment, Elisabeth Köstinger (ÖVP). As a first reaction, the use of glyphosate in the public and private sectors can be banned, "said Waitz.

Welser without risk currently after a punch – Krone.at