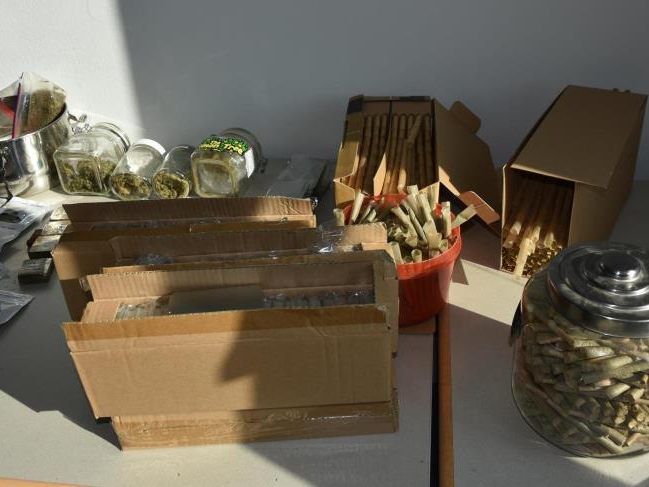 
Some of the drugs found were already packaged for shipping.
© LPD Vienna

On October 16, a package of drugs was secured at the customs office. During the following investigations, a 22-year-old drug dealer was found.

On October 16, a package containing approximately 600 grams of marijuana packed in a total of 596 joints was secured at the customs office. Subsequently, officials at the State Criminal Investigation Office, in cooperation with the customs office, began further investigations.

The officials could notice that there had already been several suspicious parcel and mail orders before. Two of them could be secured by the customs office.

Investigations led to 22-year-olds in Vienna-Hernals

During the investigation, a 22-year-old Austrian could be located. He was found in his Vienna-Hernals apartment. He confessed to himself and said he had made several orders for cannabis products in Darknet.

In total, more than 2,800 grams of cannabis products, some of which had already been packaged for sale, were obtained from a full-scale search. In addition, officials found over € 13,600 and two manipulated weapons.