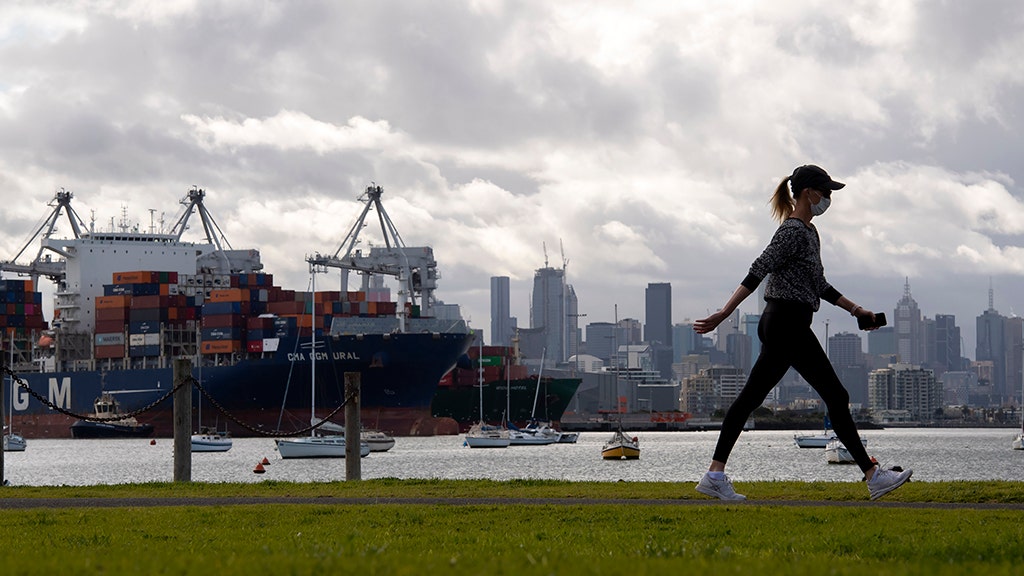 Australia’s Victoria State has reported the deadliest day of the coronavirus pandemic since the outbreak began, while daily hot spot infections dropped to their lowest in weeks.

The state of Victoria, where the capital Melbourne has been hit by a second wave of viruses, registered 19 new deaths on Monday, with 14 of the deaths in connection with outbreaks at elderly care facilities. While daily deaths increased there, the state saw its lowest number of confirmed COVID-19 infections since July 29, reporting 322 new cases.

The latest figures did not include new infections and deaths from other Australian states, although Victoria has accounted for the vast majority of both in recent weeks.

Melbourne went into a second lockdown over a month ago.

A woman takes a walk in a park during lockdown due to the continued spread of coronavirus in Melbourne on 6 August. Victoria State, Australia’s hotspot for coronavirus, announced last week that companies will be shut down and scaled down in an attempt to slow the spread of the virus. (AP Photo / Andy Brownbill)

Australian Prime Minister Scott Morrison said data showing stabilization in Victoria had made him more hopeful than he had been in the past week.

But state premier Daniel Andrews warned that not too much could be read to a single day’s worth of data, and that some of the state’s most stringent lockdown measures had only come into force at midnight on Sunday.

The outbreak in Melbourne accounts for 70% of Australia’s total infections, the BBC reported. More than 100 deaths were recorded in Victoria in the past week.

Australia has reported more than 21,000 infections and more than 300 deaths since the outbreak.