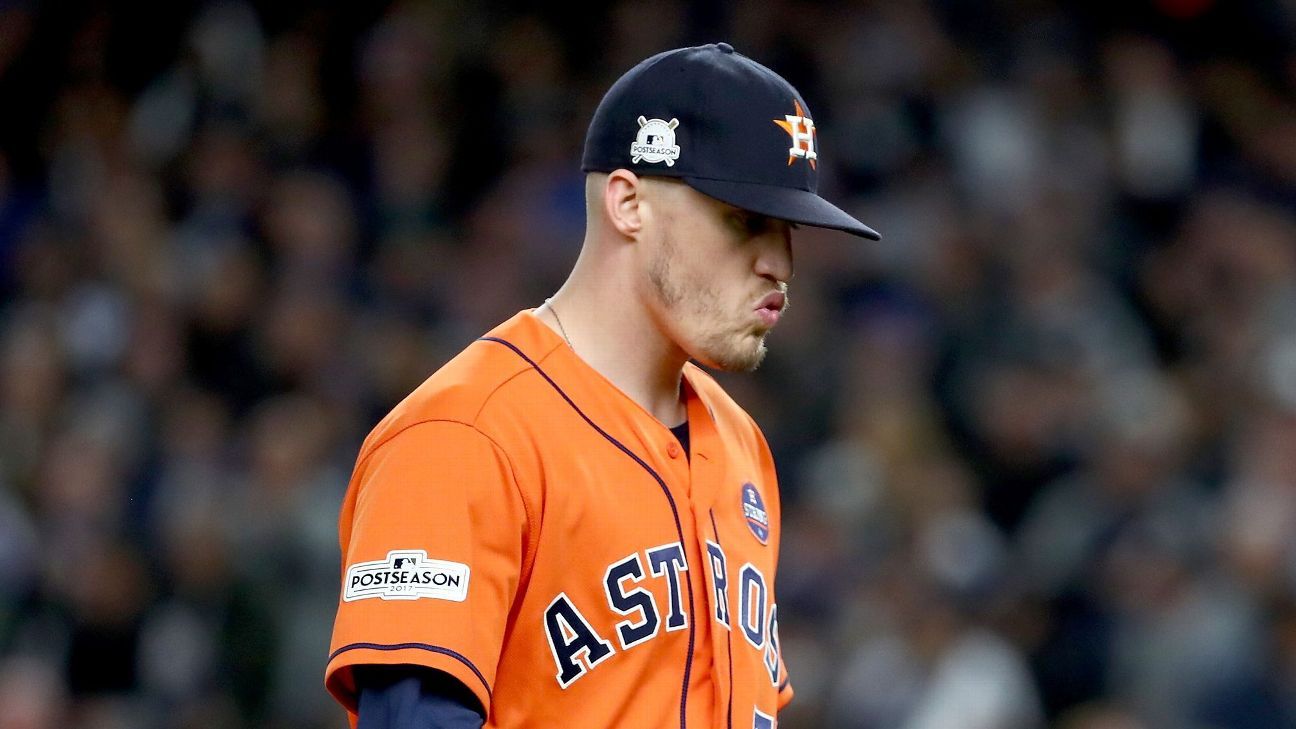 Ken Giles, who had 34 records for world champion Houston Astro's last season, was sent down to Triple-A Fresno on Wednesday.

The right allowed three runs without recording into Houston's 6-5, extra-innings victory against Oakland on Tuesday. When Manager A.J. Hinch pulled him out of the game, mumbled Giles who looked like an expletive when he left the hill. When asked about it after the match, Hinch said he would have to ask Giles if it was directed at him.

It was not Gile's first outburst this season. He hit his face after an earlier bad trip.

Gile's problems return to the final game last season. He went 0-2 with an 1

1.74 ERA in 7/3 innings. He allowed five deserved runs in 1/3 innings in the World Series against Dodgers.

Brad Peacock and Chris Devenski figure to get the most of save opportunities for Houston, but Astros also has Will Harris, Hector Rondon and Joe Smith in the bullpen. Everyone has closed game.

Astros was 30 games over .500 and had a four-game lead in the American League West into Wednesday's game.