Astronauts celebrate the Fourth of July from the space station 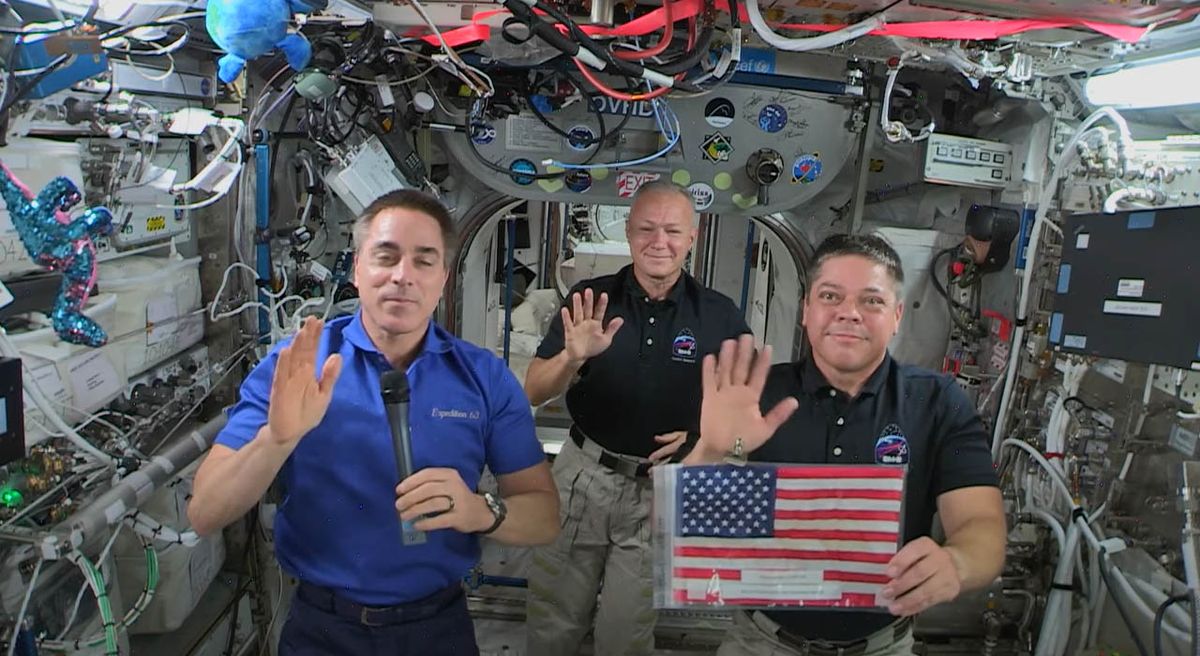 In a video released July 2, two days before the Fourth of July – Independence Day holiday in the United States – NASA astronauts Chris Cassidy, Bob Behnken and Doug Hurley celebrated the memory of the vacation from space.

Cassidy, commander of the space station’s current mission Expedition 63, began by introducing the three astronauts and sharing that the crew “takes a moment from our schedule to honor the US 244th anniversary, and we hope you are doing the same.”

In pictures: Mission Expedition 63 to the International Space Station

He sent the microphone to Hurley, who shared that “even though we live in unbelievably challenging times, our country’s spirit and determination have never been stronger when we give thanks for the freedom and riches in our country give us all.”

Behnken held an American flag throughout the video.

Behnken added that Hurley and he will bring the flag, nicknamed “Old Glory,” “home with us on our SpaceX Crew Dragon spaceship Endeavor so it can be flown again when the Americans take off [the] Orion spacecraft to place American boots on the moon. “NASA’s spacecraft Orion will carry astronauts to the moon as part of the agency’s Artemis program.

Cassidy ended the patriotic tribute, saying that “our flag is not only symbolic of our hard love for our country but represents the spirit of American drive and exploration that will lead us once again, a new generation of explorers venturing back to the moon and beyond So take a moment as we are to reflect on our history, the place of the United States of the world and all that freedom has to offer. Thanks to all of us at the International Space Station. ”

The three astronauts ended the video by waving to the audience. But if you look closely, the three astronauts were not alone in the video, as floating over Cassidy’s head was Tremor, the apatosaurus who flew to the station aboard Endeavor with Behnken and Hurley as part of SpaceX’s Demonstration 2 mission and Earthy, who flew aboard Crew Dragon to the space station as part of SpaceX’s unopened Demo-1 mission 2019.

Herbivores most at risk of extinction