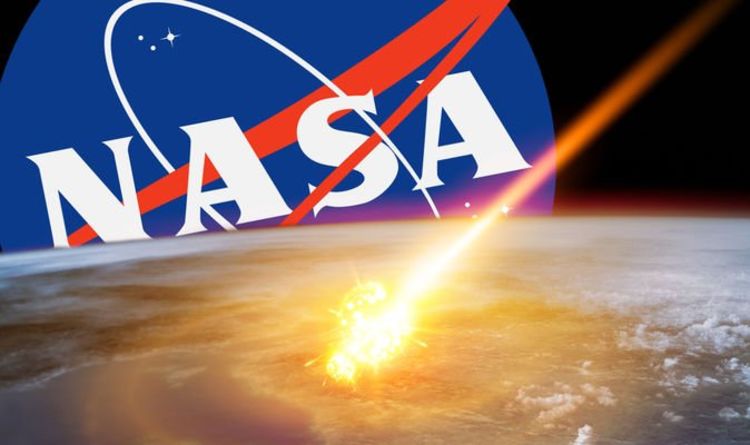 The asteroid, dubbed 2019 OK, brushed past our planet on July 25 but the rock was not spotted until it closed in on Earth. NASA later confirmed the asteroid skimmed the planet from a dangerously close distance of just 40,400 miles – one-fifth of the distance to the Moon. A similar surprise in 2013 resulted in a rogue space rock inuring more than 1,000 people with blown-out windows in Russia. Internal NASA emails obtained by BuzzFeed reveal the US space agency was completely caught off-guard by 2019.

One NASA employee admitted "this one did sneak up on us" while the flew past Earth at speeds of 23km per second or 52,568 mph

He wrote in his internal memo: "Because there may be media coverage tomorrow, I'm alerting you that in about 30 mins a 57-1

Paul Chodas of NASA's Jet Propulsion Laboratory later wrote in an email the asteroid had slipped through the net.

READ MORE: How often do asteroids hit Earth? What is the danger

Measuring between 187ft and 426.5ft (57m and 130m) in diameter, the asteroid was detected by the Southern Observatory for Near Earth Asteroids Research in Brazil.

Mr Chodas said: “This object slipped through a whole series of our capture networks.

"I wonder how many times this situation has happened without the asteroid being discovered at all."

Weeks after the planet's close brush with cataclysm, NASA confirmed the rock packed enough power to wipe out an entire city.

In a press release on August 6 , the US space agency 2019 OK was the largest asteroid to pass this close to Earth in a century.

The asteroid was compared to a football field size.

According to NASA's Center for Near Earth Object Studies, the asteroid was missed due to various unfortunate

Firstly, the rock came in from an orbit that is not fully observable by Earth's telescopes.

Secondly, the asteroid's movement was not visible enough against the backdrop of glowing stars to spot its approach.

Mr Chodas said: "An asteroid of this size coming this close to Earth is a pretty rare event – on the order of about a century.

"And an impact by an asteroid of this size is rare still, on average only on the order of once every several thousand years."

Thankfully, NASA confirmed the July flyby was the closest to the asteroid will come to Earth for another 200 years.

The approach did, however, highlight the need for better ground and space-based detection systems.

A space expert recently told Express.co.uk NASA's efforts to protect the Earth are "interesting" but not enough.