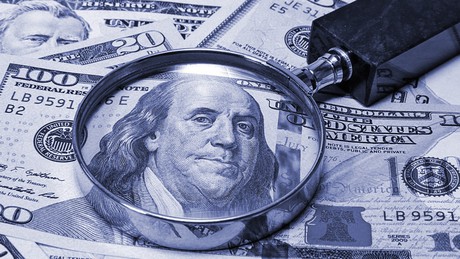 After solving the unknown on the debt, analysts predict what will happen to the price of the blue dollar and the gap will change compared to the official.

The exchange market reaction ante la formalization of the agreement with creditors it was of relief. While the official dollar barely rose 5 cents, and such as the specialists had anticipated, the parallel quotes backed away with force.

he blue dollars fell $ 8 in the city̵

“The effect of the news was extremely positive. The first reaction to the gap was to drop about 10 points on average. For blue, the largest reduction in the gap was registered, from 85.3% to 73.6%, “says Mariela Díaz Romero, senior economist at Econviews.

The specialists assure that have already cleared the uncertainty of the debt in foreign currency and foreign legislation, lAt the price of the parallel, it can stabilize in the coming weeks.

In any case, even if the context is more benevolent, it must be remembered that debt is not the only factor affecting the foreign exchange market.

“The debt issue is one of the many fronts that the government must face. In a context of profound fiscal imbalances and high emissions are expected to put further pressure on the medium and long termwarned Portfolio Personal Investments.

The blue dollar moves in one very small market and with very limited volume due to the pandemic. So a large order can quickly skip your quote.

Despite this, analysts admit it prices may fall or stabilize thanks to a less uncertainty.

“We always talk about supply and demand, with a lot of volatility, but above all driven by expectations. This news is good to believe you can begin to stabilize parallel exchange rates. Among them, the blue and the gaps with the official, “synthesized the economist Martín Kalos, head of Épyca Consultores. 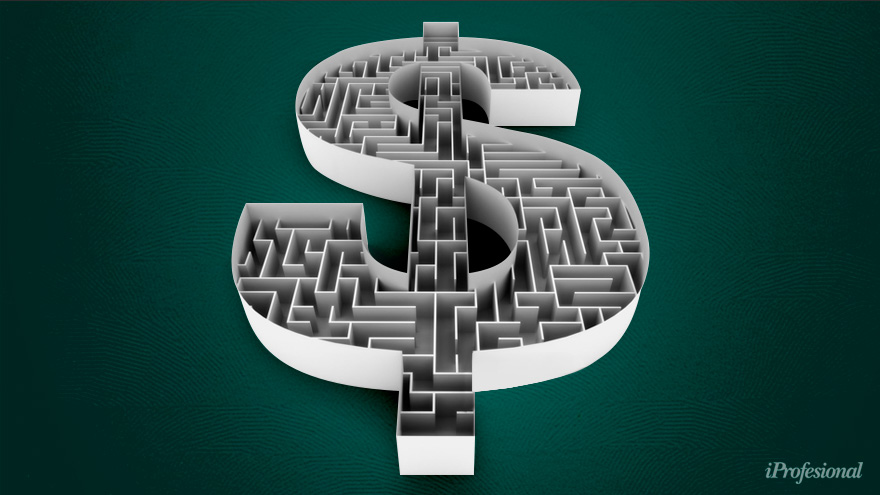 The arrangement with external creditors is just one of the factors that creates uncertainty in the stock market and drives quotations.

On the whole, he claimed that the agreement “means a minor source of uncertainty in dollar flow“and also” it in the short term The range of dollars that may be in the local market is expanding as they can be made available for other uses in addition to debt payment. ”

For his part, Matías Rajnerman, chief economist at Ecolatina, was urged to anticipate: “I think the parallel dollar will be depleted. Until now, the price included a lot of uncertainty and today it fell a bit. So the parallel dollar is likely to fall in the short term. ”

However, Juan Ignacio Paolicchi, an analyst at Eco Go, stated that the correction of the dollar’s price in the informal market it may take a little longer.

“In this context, with the plaza very dry due to the disappearance of pandemic plants, it is a very illiquid market. It can be very volatile as well the price can be very inflated. Perhaps when there is more offer, the price may stop falling but today it has physical limitations beyond the regulations, ”he said.

After the agreement, economists say that the most likely dynamic would be one stabilization of parallel exchange rates at slightly lower values ​​than today. While, the official dollar would continue to slide to close the gap from the bottom.

“Consensus Above all, it helps to make the blue rise smaller in the coming months. It will give some air to the dollar in the official marketWith that, BCRA will be in a dilemma. May relax stocks a bit, especially for commercial exchanges, or take advantage of these dollars to maintain the nominal exchange rate and it goes up less. I understand that they will release the stocks a little for commercial activities, “Rajnerman estimated. 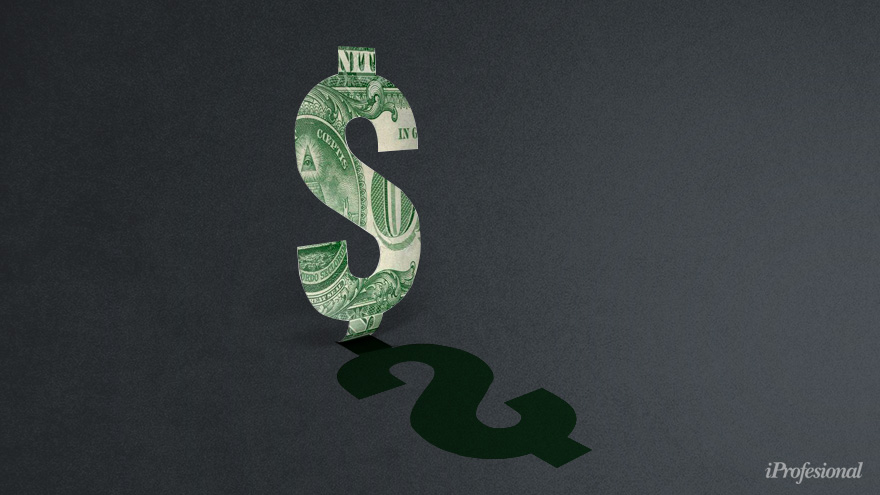 Economists assume that the official exchange rate will maintain its monthly devaluation in the order of 2.7%

And he added: “If the parallel exchange rate remains more or less at these levels or progress but very little, what should happen, the gap is likely to be shortened“.

Paolicchi also referred to that dynamic. “The the gap is still large but if it remains at these levels and the official exchange rate continues to rise at a depreciation rate of 2.7% per month, there is room to continue shrinking towards the end of the year“sa ekonomen.

Away from the gap 0%

The nollgap with the blue and with the financial dollars it will be impossible as long as gear restrictions.

In the future, when the agreement with the bondholders is closed and the majorities necessary for a successful restructuring (without holdings), there is a little more potential to reduce the gap to levelsnot more than 50%. In a super-positive scenario, it may be slightly smaller. The truth is the rigor of currency controls continues and this inevitably leads to a large gap“Sa Díaz Romero.

For Kalos, at the moment, the gap does not have to “significantly reduce”, even if the uncertainty in the debt was cleared. But he recognized: “This is one the first step so that the gaps stabilize and eventually reduced if the rest of the government’s economic policy also follows the future“.

Together, the economist claimed that “everything the government does for rreduce instability and macroeconomic risks it will affect increased stability in the stock market, which acts as a symptom of instability. ”

Anyway, Kalos does not provide for relaxation in currency controls because precisely “they are intended to eliminate some of the uncertainty”. 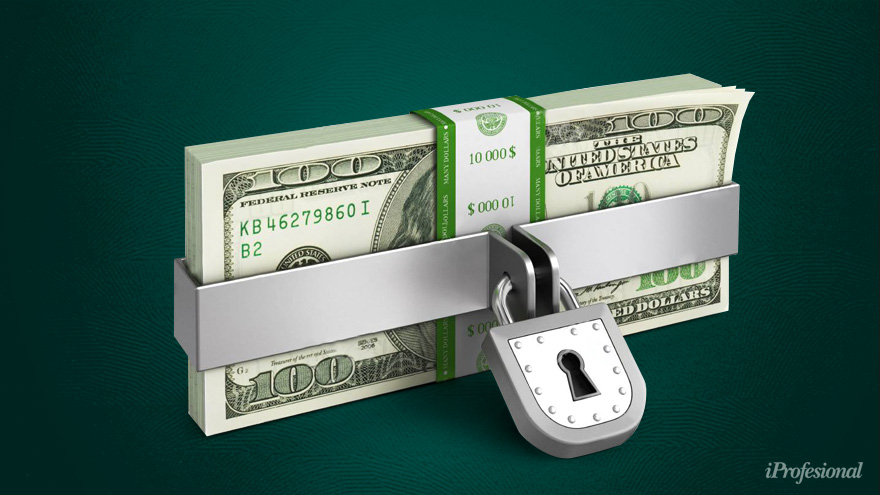 Analysts rule out that currency restrictions will continue and, with them, the gap between the official dollar and the parallel

In this scenario, Díaz Romero pointed out that reducing the gap requires exchange and fiscal measures.

“It can not go below a certain level without a review of the central bank’s monetary policy. It also has to do with build a credible future plan, tax-wise more than anything. The gap is shifted by expectations, and the roadmap ahead is unclear. A debt agreement is a necessary but not sufficient condition“The economist thought.

Paolicchi agreed that there is no chance of reaching a zero-gap gap, but he estimated that – at least with regard to the dollar market –unlike the official, it can stabilize around 30% or 40%.

In line with his colleagues, he claimed: “The debt is almost closed and that was a very important factor in expectations. which is discounted in the cash price with settlement. Of course, if the government wants to consolidate a continued narrowing of the gap, it must continue to provide signs of monetary consistency and continues to address the monetary issue. They will also need fiscal consistency. The IMF program can go in that direction. “

At present, Minister Martín Guzmán assured himself press conference than will not present a structured financial plan but the government is working on a set of guiding principles and economic policy objectives. On them, analysts agree that the future price of the dollar will depend.

I knew the value of the dollar in Dollar Today and I followed the quote and the behavior minute by minute. CLICK HERE
Find out about the latest in digital finance, startups, fintech, business innovation and blockchain. CLICK HERE

I made iProfesional your source of news. FOLLOW HERE