Breaking News
Home / Sports / What were the current river headings in 2015?

What were the current river headings in 2015? 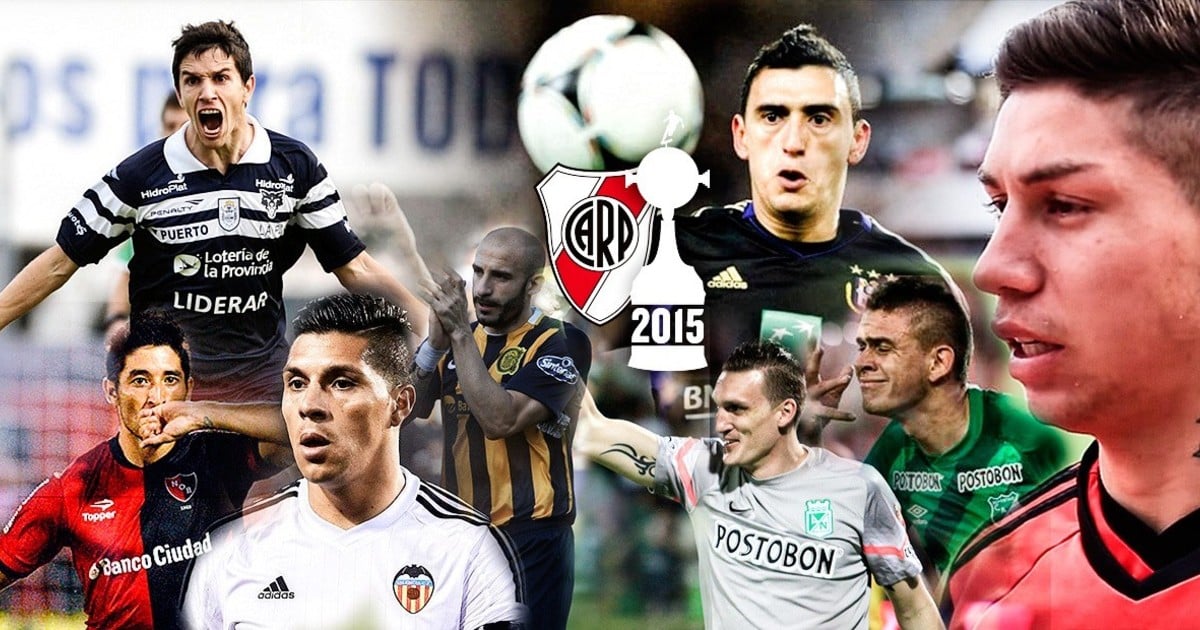 FRANCO ARMANI: He was in his fifth year at Atlético Nacional and already had eight titles. He was the undisputed starter and one of the figures in the team, which at the end of 2014 lost the final of the Copa Sudamericana exactly against River of Gallardo. It was still a year before he won his first Copa Libertadores.

GONZALO MONTIEL: A young man of only 1

8 years who a few months ago made his first pre-season with the reserve and during that year he would become champion in that category. He was already starting to see him as a right-back, even in some first-class training.

Cachete played in Reserve and started training with First.

LUCAS MARTÍNEZ FOURTH: El Chino was 19 years old and his son Bauti was not yet in the plans. That year he made his debut in Reserva, signed his first contract, went to the bank with Primera (a few months before the inauguration of Libertadores) and ruptured the fibula in his right leg in October.

ROBERT ROJAS: He was also 19 years old in August 2015 and played in Lower Guaraní. It also did not include the bank of substitutes in the series of semifinals against River. His debut would be in 2017.

JAVIER PINOLA: When his contract with German Nuremberg expired on June 30, he arrived at Rosario Central. Three days before the River inauguration, he started 1: 1 against Sarmiento for the famous 30-team tournament.

Just before the final, Pinola was presented in Rosario Central. (Juan José García)

MILTON CASCO: A few days after 5/8, Casco would play his last game in Newell’s shirt and move to River. His debut was in a Superclassic, on September 13, as Vangioni was demolished.

Casco was still from Newells but moved to River a month later.

ENZO PÉREZ: I broke it in Europe. He then played for Valencia, a club he had reached for € 25 million at the end of 2014 from Benfica, where he won three titles and reached two Europa League finals. In Spain he did not receive trophies.

NACHO FERNÁNDEZ: Still a gymnastics player, undisputed start in the team of Pedro Troglio. In fact, four days earlier he had played from the start in a loss to San Lorenzo. River signed him in January 2016.

NICOLÁS DE LA CRUZ: Uruguayan was only 18 years old, but he was close to making his Liverpool debut: it was a month and a half after the River final, in a 1-0 victory over El Tanque Sisley. He played the entire match as an offensive midfielder, right.

Nico De La Cruz was about to make his Uruguayan Liverpool debut, but he already knew Monumental thanks to his brother Carlos Sánchez.

MATÍAS SUÁREZ: Holder and benchmark for the Belgian Anderlecht, he started his last season there in a year after moving to Belgrano. Three days before the final, he played away against OH Leuven.

Suarez was a benchmark for Anderlecht in Belgium.

RAFAEL BORRÉ: At 19 years old (he turned 20 in September), he lived his first big season at Deportivo Cali in 2015 and started in 19 of the 26 matches he played. In addition, it scored 11 goals that year. 48 hours before River-Tigres, he was among the first 11 in the duel against Deportes Tolima.

Rafa, young and still in Deportivo Cali. In 2016, he played Libertadores. (AFP)

Look too
Look too