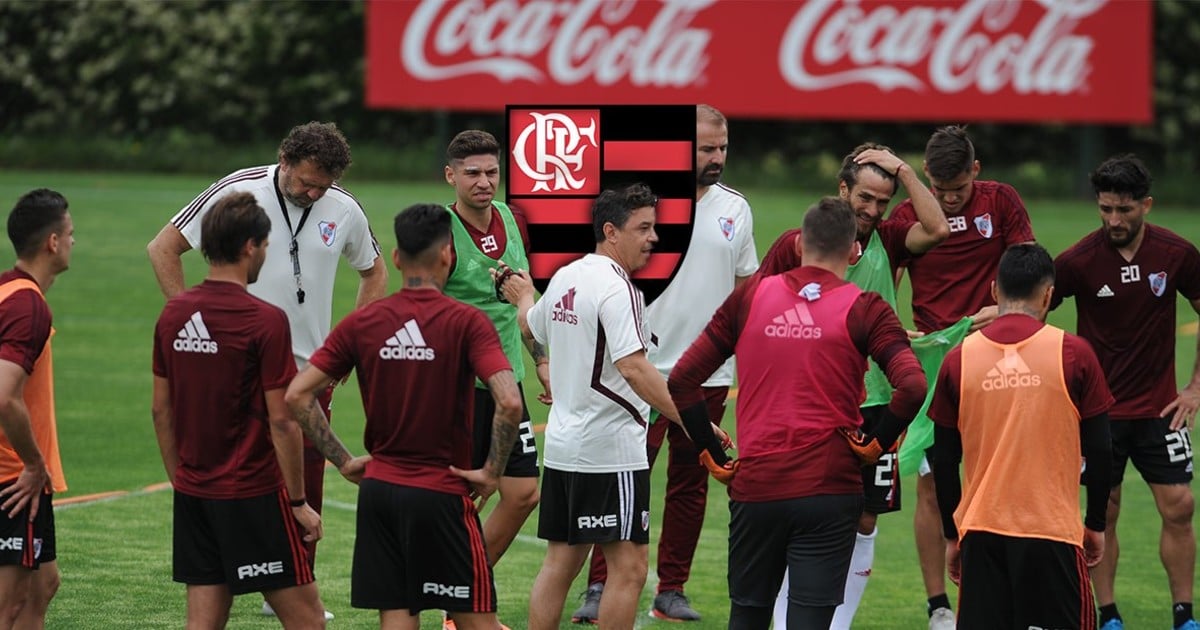 Several players from the river group spoke on Wednesday with various media approaching the training, where there was practice behind the scenes. Some such as Lucas Martínez Quarta, Javier Pinola, Nacho Fernández, Juanfer Quintero and Rafael Borré participated in the press and talked, among other things, about the final in Copa Libertadores against Flamengo, on November 23 in Lima. While everyone clarifies that they must first focus on the previous matches, which will be against Rosario Central this Sunday at 11am and against Estudiantes de Caseros on Thursday 14 at 21.10 for the semi-finals of the Argentine Cup, it is inevitable to mention the big challenge of the year: look for the fifth cup, the third with Marcelo Gallardo in the lead.

What do you think of the team of the river in this Flamengo that reaches the final after trampling on the Guild and maintaining an impressive unbeaten win between the Cup and Brasileirao? Chino Martínez Quarta acknowledged the rival: " I have already seen Flamengo's points and I will continue to look at them . They are two great strikers (Gabigol and Bruno Henrique), who are at their best and they have done many goals. Now we will continue to watch videos to prepare for what is to come and have a clearer idea of ​​their movements . On the ball stopped, one of the river's deficits recently, he said: "Of course we are already watching their air game. They have two plants that go very well from above, added to the attackers " closed the young man, closely followed by European clubs, in dialogue with Radio La Red.

Javier Pinola for his part referred to an alleged favoritism by Flamengo who tried to install in Brazil, with statements from politicians, journalists and former footballers: " I read a phrase from Bolsonaro. They have confidence in the team they have, which is really great, but it's not even a topic of conversation for the group. We are doing our thing, in the moment we will focus on what the finale is, but it is good that they keep saying it because I will not deny it, there are things that motivate you " he pointed out in Estudio Fútbol, ​​by TyC Sports, and in addition, the already seated left-hand center highlighted how to play the Brazilians: "The playing ideas for each team will not change. Each one with their weapons, when it came to the finals will try to keep them and then you adjust how the game takes place, if it is convenient to wait, let them come or press some more. "

Leaving the strong game and the dog's face for the two central millionaire defenders, two of River's brains characterized by good footing, such as Nacho Fernández and Juanfer Quintero, gave his opinion on Rio de Janeiro- The first commented: "We are not yet worried, because we have a clear message that is trying to go through everything. It has already happened to us. It works as an experience that in other tournaments out there we leave points along the way and repent. Now we do not want that to happen to us again. "In addition, he praised the rival: " We know that they have fantastic players, a lot of experience and that they were in Europe. But we will meet two great teams and hopefully a good game will come out " it closed in 90 minutes, by Fox Sports.

The other creative left-hander, author of the second goal against Boca in Madrid, did not shrink in comparison to Carioca's: "The two teams got the merits of reaching the final. They are a fantastic team and we respect them. You must prepare to keep up " he told TNT Sports.

Finally, and after ordering in the Gallardo tactical unit, Rafael Santos Borré spoke exclusively with Olé and stressed: "It will be a match, in what I believe, very open. The two teams will find the game to have that idea. We are fine, we are comfortable with the playing style that Flamengo usually uses and we will work with it. "In addition, he left a stick to Fla, for all that talked about his hypothetical favoritism: " If they, for what they live, feel that they will be the favorites. We have played very well and fought with all the fronts. We will see who does things better that day and takes the title ".