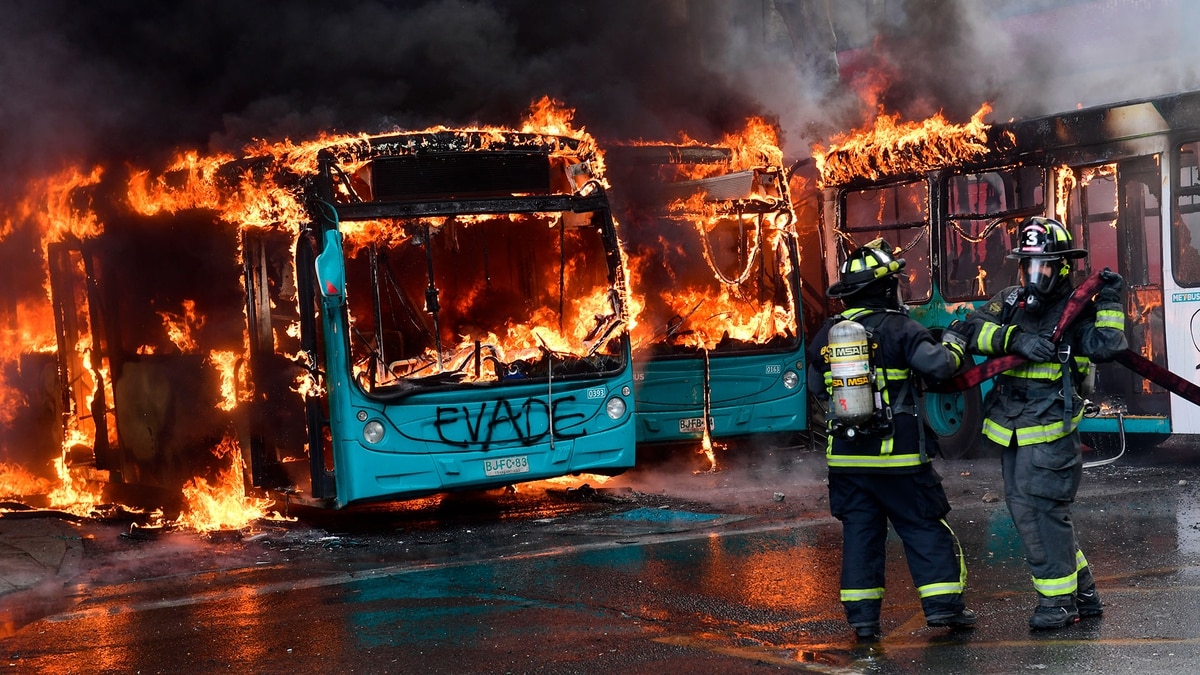 The price rise on the subway triggered a national protest to express dissatisfaction with the famine in Chile and the country's inequalities, which erupted this Saturday, despite President Sebastián Piñera announcing the closure of the increase, in a striking battle that caused the capital city.

Less than 24 hours after the Chilean government decided on the emergency to try to place the violence released in Santiago by joining the military, the inability to contain the violence-motivated motivated general who entrusted security in the capital Javier Iturriaga, for the curfew.

Protests against the rise of the metro, mostly students, linked to the general dissatisfaction of a large part of the Chilean society for the pension system, education, electricity, gas, gas prices and gas prices health costs .

In this hurdle, with overruns in Santiago's metro stations since last Monday, the protests were radicalized and led to serious vandalism events in Santiago de Chile on Friday, which took place again today in the country's capital, but they also expanded to other cities, such as Concepción (South Central) and Valparaíso (Central Coast).

Cacerolazos in several neighborhoods in Santiago de Chile and the horns of drivers ringing through every street or avenue they passed on Saturday began a day of civic protests that soon intensified with the emergence of violent groups, mainly in the central and southwest area of ​​Santiago de Chile.

With about 500 soldiers in the streets from this morning to control the situation when the emergency was ordered to try to contain the situation, collisions between groups d and radicals and members of the army and security forces began.

In the capital, the two main battles were the center of Plaza Italia and the municipality of Maipú, where the military had to go with tanks and they even had to shoot in the air to try to deter the violent.

In parallel, several bus units were lit again until the service shutdown was decreed and the flames were lit again in dozens of subway stations, completely closed since Friday.

Repeated looting of shops and several supermarkets, inundating citizens' shopping in some cases, closed as a precaution, as they did other services, such as cinemas.