Breaking News
Home / Argentina / Together for change and its greatest asset in the Senate: to block two-thirds of Cristina Kirchner 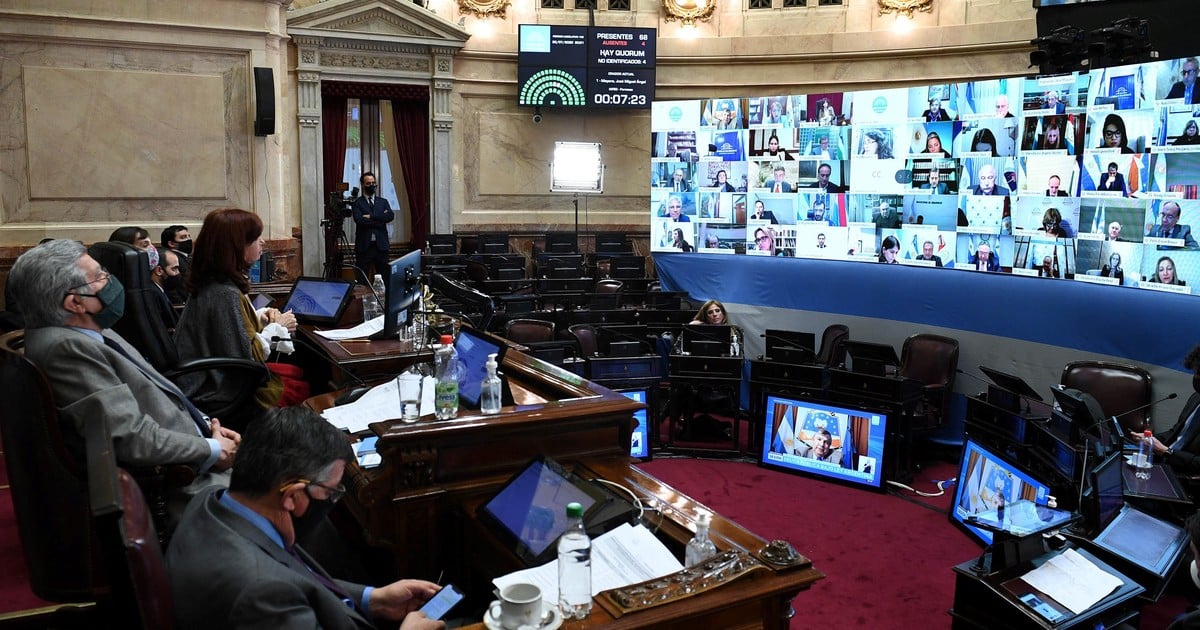 Lucila Crexell, senator for Together for Change for Neuquén, does not belong to either UCR or PRO and from the seven years she has been in the upper house, it can be concluded that it is completely inorganic.

Eventually, it can add to others two plus for the greedy eyes of Kirchnerism, if you are trying to get victims in the opposition to reach two thirds and appoint possible new judges at the court and the Nation’s Attorney General: has presented a project to expand the maximum court from 5 to 9 members -with the representation of gender and regions- and until now she has not been heard in public opposes Daniel Rafecas, Alberto Fernández̵

7;s candidate as chief of prosecutors.

But the problem for the ruling party is that even though Crexell and the other 28 members of the inter-bloc Together for Change seem like a heterogeneous group and without clear leadership, they seem be clear about what your biggest asset is: stay together and prevent Cristina Kirchner from approaching the magic two thirds.

Maybe it’s like one Comfort: With the number they have, they can not prevent the ruling party from imposing it on them in all sessions.

With its own – including José Alperovich from Tucuman, who is still on leave – more allies, the ruling party is casting 43 votes. For the qualified majority, you need 48. No magic possible. The only way is with injured on the opposition bench.

“No one will do it. Whatever is on fire, they warn in the UCR block.

The holder of the interblock is the radical Luis Naidenoff. It has happened to him that he ended the negotiations with the ruling party and then he had to return his steps.

It is that even if he holds the boss, he is not the leader. There are several internal sectors – UCR, PRO, provincial parties, dissident peronists – to which some senators act as free thinkers. There is also no one outside who completely orders the block.

It is supposed to be the national round table for change. From the last two virtual meetings, where the refusal of legal reform and the extension of the court agreed, from Mauricio Macri and Horacio Rodríguez Larreta to the party leaders of the UCR, PRO and Civic Coalition and the leaders. of the strengths of the strength of Congress. There were, yes, three absences: the radical governors Gerardo Morales (Jujuy), Gustavo Valdes (Corrientes) and Rodolfo Suárez (Mendoza).

Will those who administer territories and depend on the nation’s assistance become more permeable to the requests from Casa Rosada?

Of the five JxC senators from the three provinces, only two were from Jujuy – the radicals Silvia Giacoppo and Mario Fiad– they are direct terminals for their governor.

In 2015, shortly after taking office, Morales’ Superior Court of Justice expanded from 5 to 9 members. No one sees it possible, but would it serve as a pretext for the President of Jujuy to eventually support an extension of the Supreme Court?

But for more nuances that can be felt in collaboration, today the bench is consistent in its opposition profile. Kirchnerism’s attacks on the Macrista administration, the tension it faces in the Senate, the transitions between Cristina Kirchner and the Senators for Together for Change seem to have strengthened the opposition bloc.

“We are back to back”chart a senator from within. Another adds: “They hit the rope and what they got was for us to unite more“In the government itself, they acknowledge that this may have happened and they see the opposition as ‘very firm’.

The extensive quarantine, on the other hand, plays against Kirchnerism. Negotiations reserved for the extension of the court are not dealt with by telephone.

But for the appointment of the lawyer, Cristina was able to find an alternative without breaking the opposition bloc.

It is rumored could proceed with a reform of the Public Prosecutor’s Act and to reduce from two-thirds to a simple majority (half plus one of those present) or absolute (37 votes) the number to appoint it. For that adjustment in the law, it has the votes.