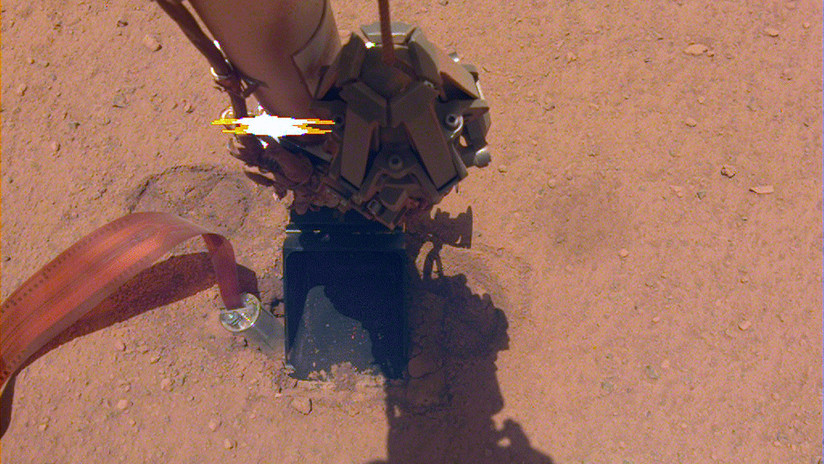 The robot arm from NASA's InSight probe, which aims to drill the ground to Mars, has encountered a new obstacle and partially stepped out of the borehole, the US Space Agency has reported.

Also known as the "mole", drill tool of the InSight probe disappeared halfway through the hole. The incident happened last weekend, and preliminary assessments point to unusual conditions on the ground of the red planet.

The robot arm from NASA's InSight probe, which aims to drill the ground from Mars, has encountered a new obstacle and has partially left the hole it drilled pic.twitter.com/7UXIeDZUpk

The team responsible for the drilling rig develops the next step to bury it again. " Mars continues to surprise us ," wrote NASA's InSight mission on its Twitter account on October 27.

The drilling instrument aims to penetrate 5 meters on Mars earth to measure the internal temperature of the planet. The excavation began in February last year, but immediately had problems and had to stop. The mission was resumed earlier this month and in total the "mole" has hammered 220 times on three different occasions, but has not been able to dig more than 35 centimeters.

Huawei in trouble: no chips due to US sanctions