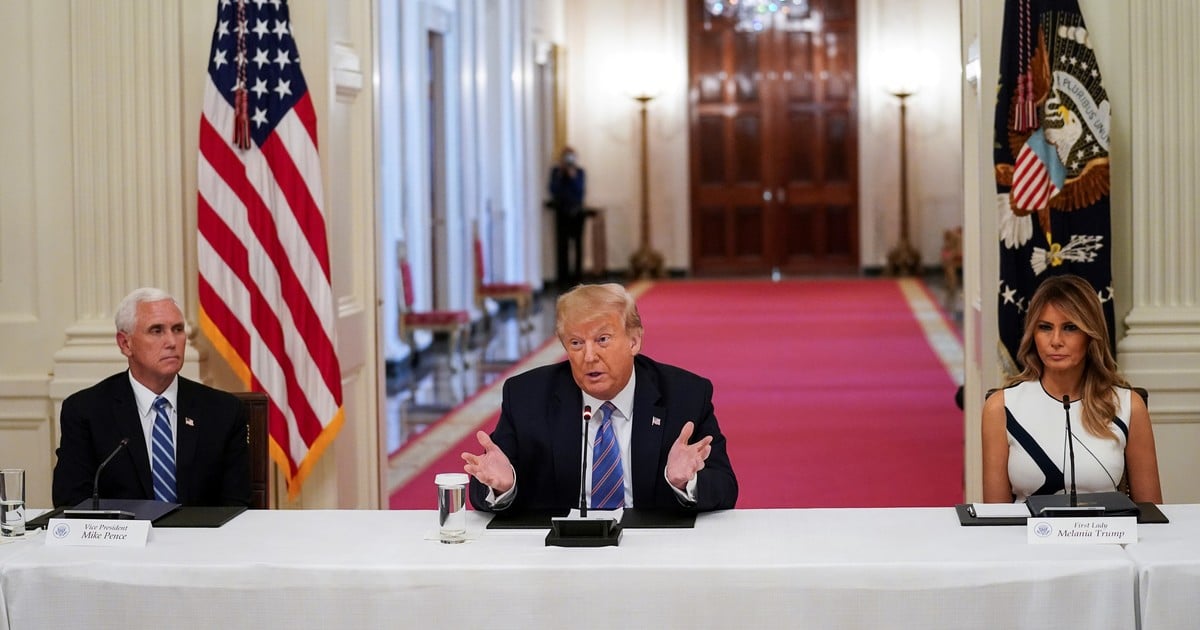 The Donald Trump government formally initiated the withdrawal of the United States from the United States WORLD HEALTH ORGANIZATION (WHO), which followed the threats on several occasions by criticizing the unit for its response to the pandemic, reported several officials on Tuesday.

The departure occurs just when several states in the country with more cases and deaths from coronavirus the world over is starting to backtrack on opening the quarantine of rcases of outbreaks.

The United States is the WHO’s largest donor, an organization that leads the global fight against diseases such as polio, measles and also against mental health epidemics.

Trump accused WHO of covering the size of the coronavirus pandemic, saying that the organization̵

7;s positions are very close to China, where the virus originated in December and a country that he also blames for its spread.

A sign at the entrance to Jackson Memorial Hospital in Miami warns of precautionary measures against coronavirus. The state of Florida has issued new restrictions due to an inflation of coronavirus cases. / REUTERS

“China controls the WHO and managed to deceive the world. We need transparency. They allowed infected people to travel across the planet,” said the White House chief in late May, announcing the departure of the organization.

The head of state also stressed that “the world needs China’s response to the virus.” “How is it possible that China did not let people leave Wuhan to go to other parts of the country but allowed them to travel abroad?”, He asked himself. He assured: “They did not go to Beijing (they were infected), they could travel freely from the country and travel the world, including Europe and the United States.”

After several threats from Trump to cancel grants of the order of $ 400 million a year, finally the US president announced the UN Secretary-GeneralAntonio Guterres, that his country is beginning to withdraw the organism, a State Department spokesman reported.

The United States is the country with the most deaths from the coronavirus, with more than 130,306 deaths and facing an increased infection in the southern and western parts of the country.

The withdrawal will be valid within one year on July 6, 2021 – so if Joe Biden, Trump’s Democratic rival in the November election, wins, he could cancel that decision.

“This will not protect the lives or interests of Americans, it will leave them sick and lonely,” said Democratic Senator Bob Menendez, who said he could not call Trump’s response to the chaotic and irresponsible pandemic.

The United States is the country with the highest number of coronavirus cases, with 2.96 million infected and 130,813 deaths, while China, where the virus was first detected in December, had 84,910 infections and 4,641 deaths.