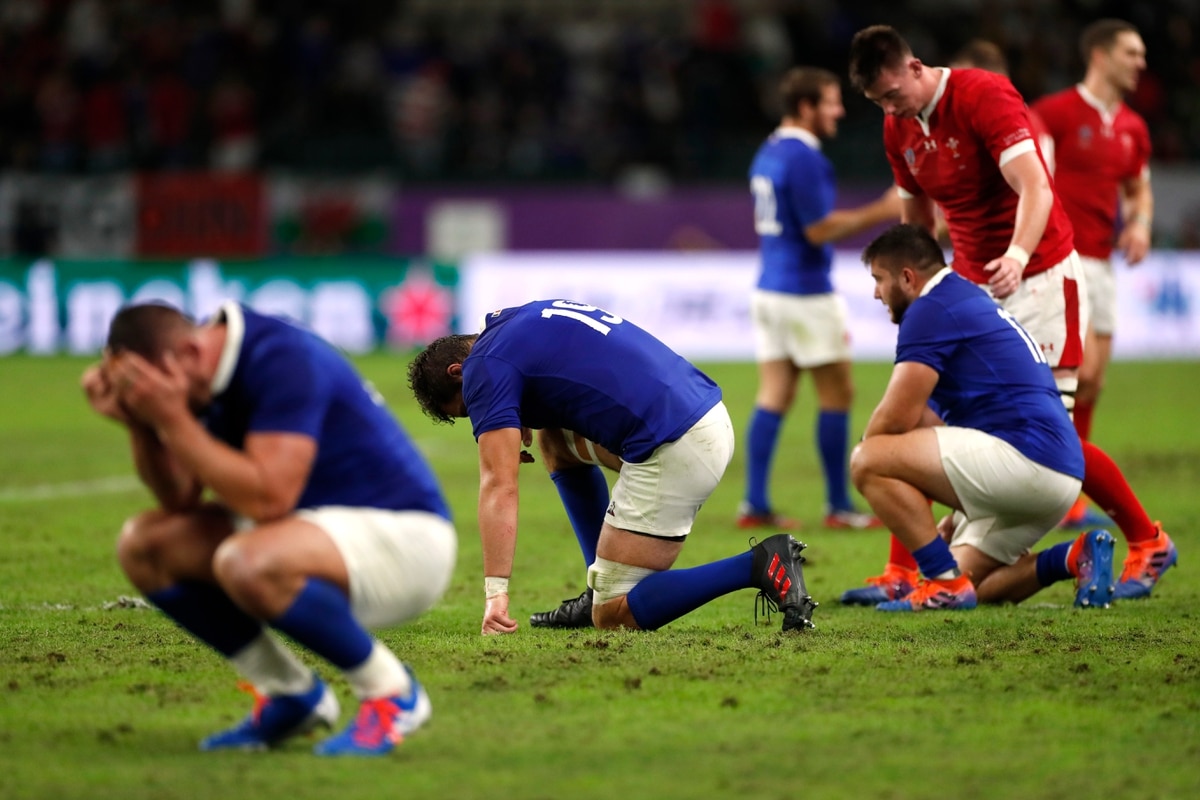 The Rugby World Cup already has three semi-finalists. After the triumph All Black before Ireland and the consolidation of England against Australia Wales coup and reached the existence of 4 best of the competition.

France with a player less for the expulsion of the second row Sébastien Vahaamahina at the beginning of the second half, was eliminated after losing to Wales 20-1

With numerical inferiority, the Gauls, who dominated 19-10 at the break in the playoffs after a attempt of the third Welsh line Moriarty on the 74th : minutes. The XV century in France is thus out of the semi-final for for the third time after the editions of 1991 and 2015 in nine editions of the World Cup.

Authors of their best games since the start of the tournament, the French soon took advantage thanks to two attempts ] by Vahaamahina (5) and Ollivon (8), to carry ( 12-0). Before a third attempt by Vakatawa best player of the match, France gave a significant advantage to rest.

But the red card for Vahaamahina (49) for an elbow in the face of an opponent cost them the match. Although they resisted for a long time, the attempt by Moriarty just tipped the wave.

Wales will be measured in semi-finals on October 27 with the winner of the duel between Japan and South Africa to be held in Tokyo .