The striking image of Comet Neowise seen from … 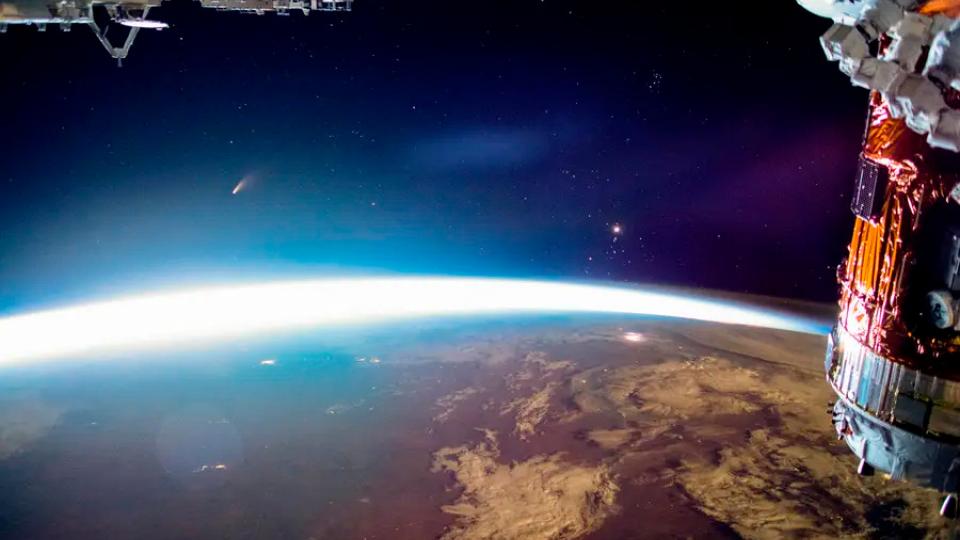 Comet Neowise, which began to offer an unusual spectacle at various points in the northern hemisphere, was recently captured from the International Space Station. In turn, graphic designer Seán Doran created a high-resolution video with the compiled photos.

Is about 4K quality real-time playback It gives viewers an idea of ​​what it is like to be aboard the space station while watching the celestial body travel.

A phenomenon that has not occurred in more than 20 years

Discovered in late March by NASA’s Neowise satellite, the comet began to be visible to the naked eye on July 3 when it reached its perihelion, the point of its orbit closest to the sun, in this case 50 million kilometers, explains Lucie Maquet, astronomer at the Paris PSL Observatory.

As they approach the sun, the ice sublimates from comets to gases, creating a long trail that reflects light. “It’s quite rare to see dragons so well. The last one with the naked eye was Hale-Bopp in 1997, the astronomer adds.

Neowise is visible anywhere in the northern hemisphere, even in cities, provided the sky is clear. You have to look to the northeast, between the constellations Dolphin and Big Dipper, on the opposite side of the handle on the “pan”.

Comets are bodies made of ice, rocks and organic matter, and they come from the distant solar system: the Kuiper Belt, or perhaps even further away, from the Oort Cloud, both of which are concentrations of small celestial bodies.

Neowise describes a large ellipse around the sun and its orbit takes him 6,765 years, that is, his most recent visit to Earth was before the invention of writing in Mesopotamia.

The phenomenon will be visible until the end of July, although it will gradually lose its brightness as it moves away from the sun.

Like a skyscraper: a huge asteroid is approaching Earth