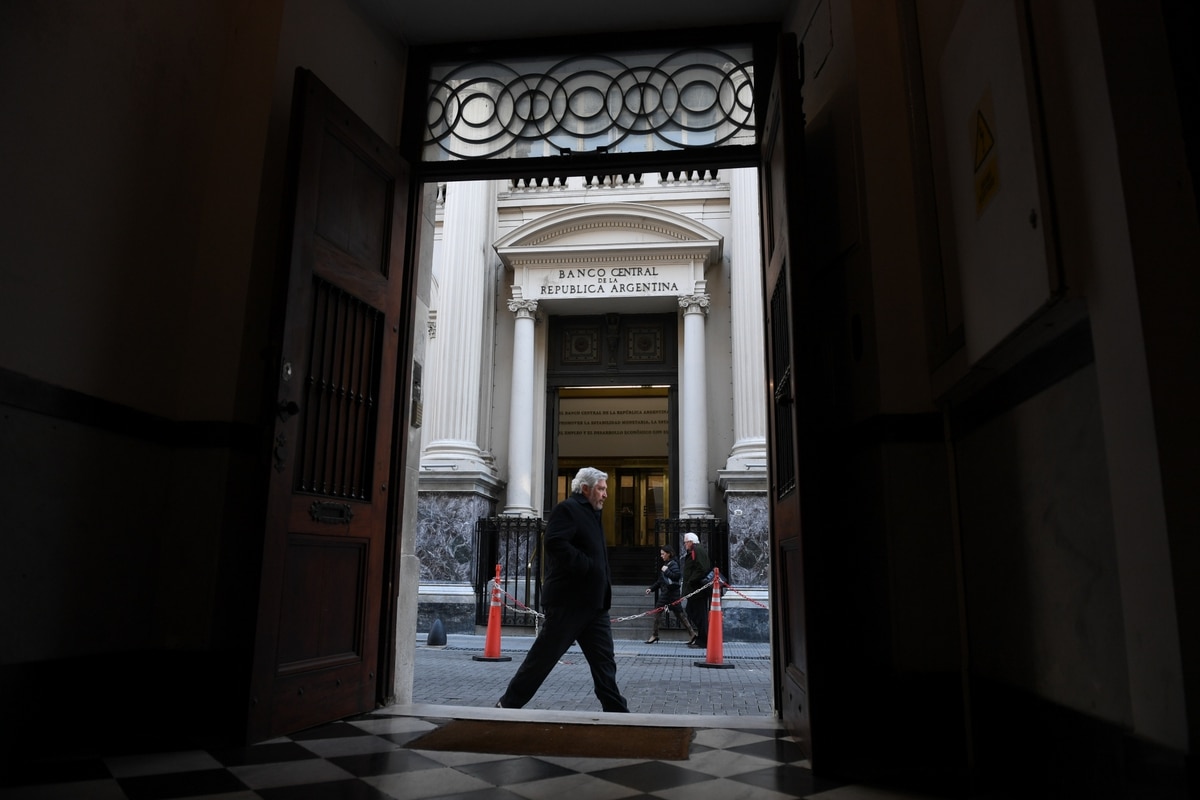 The significant reduction in reserves on Monday for $ 563 million to $ 46,885 million has six aspects:

– Payment of coupon rates for Bonar 2021, 2026 and 2046. 2021, is the bonus that should worry about the future president as it expires during his reign. The annual interest rates paid for these bonds range from 6.86% to 7.62%. Capital is paid in full upon the maturity of these securities.

– Sales of $ 170 million from the central bank to limit the increase in wholesale dollars .

– The outflow of deposits in banks' dollars. According to official figures, last Wednesday's $ 90 million disappeared.

– The case of long-term deposits that are immediately converted into dollars with the benefit of a $ 10,000 daily quota. Last Wednesday, they lowered $ 1,600 million.

– The pesos that the liquidity letter (Leliq) released. In four days, $ 105 billion went to the public.

– Data on liquidation of dollars from exporters. When they pre-financed their exports, the banks They demand repayment of these loans in dollars to meet the demand for withdrawals of deposits made daily by their customers.

The seventh is not measurable, so it is not within the causes of falling reserves and it is the lack of confidence generated by the possible winner of the election . The measures they announced do not lower the chance of going to a selective default setting. The evidence is in sight. Two of the three bonuses paid expire after the next term. 2024 Bonus has a return of 20.15% and 2026 Bonus of 26.33%. At the same time, Bonar 2021, which has to pay the next president, earns 81.73%. The difference in return is that investors believe that Bonar 21 will be unreasonably reached through selective default or debt restructuring.

The lack of confidence in the future caused the country to risk, as the parity of the bonds for the longest loan debt increased 73 units (3.8%) to 2,130 basis points.

At the wholesale site, a higher volume than usual was negotiated, forcing the central bank to intervene with "bricks" of $ 10 and $ 20 million, which investors quickly removed because liquidity is driven by timely holders who do not renew them. In addition, there were no sellers. Therefore, 40% of sales were made by the central bank. At the end of the wheel, the dollar ended up reaching $ 58.60 to $ 58.51, a value 16 cents higher than on Friday.

The "free" with little movement – the operation for "mash" counts because the person who sells dollars in the monthly quota of $ 10,000, cannot buy them back until next month – to $ 66.50 and left $ 67 for Tuesday.

Cash settlement, the dollar used to escape foreign currency by triangulating with dollar titles abroad, increased 1.6% to $ 74.71 and the wholesale trade gap is already 30%. It should be remembered that this gap in the last part of Cristina Fernández de Kirchner's government reached 50% and now it seems to follow the same path.

The stock exchange remained forgetful of exchange rate movements and country risk. It is a long-term commitment to the reduced price of the main roles. S&P Merval, the index for the leading actions, rose 1.82% with a large number of operations for $ 1,287 million.

On Wall Street, the Argentine ADRs – certificates of holdings that are listed in dollars and also used to make cash transactions with liquidation – had a good wheel where the raises far exceeded the cases. The best thing happened to Loma Negra (+ 3.62%), Grupo Financiero Galicia (+ 2.64%), IRSA (+ 2.55%) and Pampa Energía (+ 2.54%).

For the next Round, more excitement is expected on dollars and bonds. The attack on the reserve will continue and the government will resist until Friday. According to the results, you will see the strategy that follows. If you decide to take care of the reserves for next management, the dollar may have significant escalations until the command is delivered. If there is a vote – which for many is unlikely to be proven by the market – a stronger policy to maintain the dollar's value at this level will govern.