Breaking News
Home / World / The mystery, the versions found and the official denials that have Spain in suspense: where is Don Juan Carlos?

The mystery, the versions found and the official denials that have Spain in suspense: where is Don Juan Carlos? 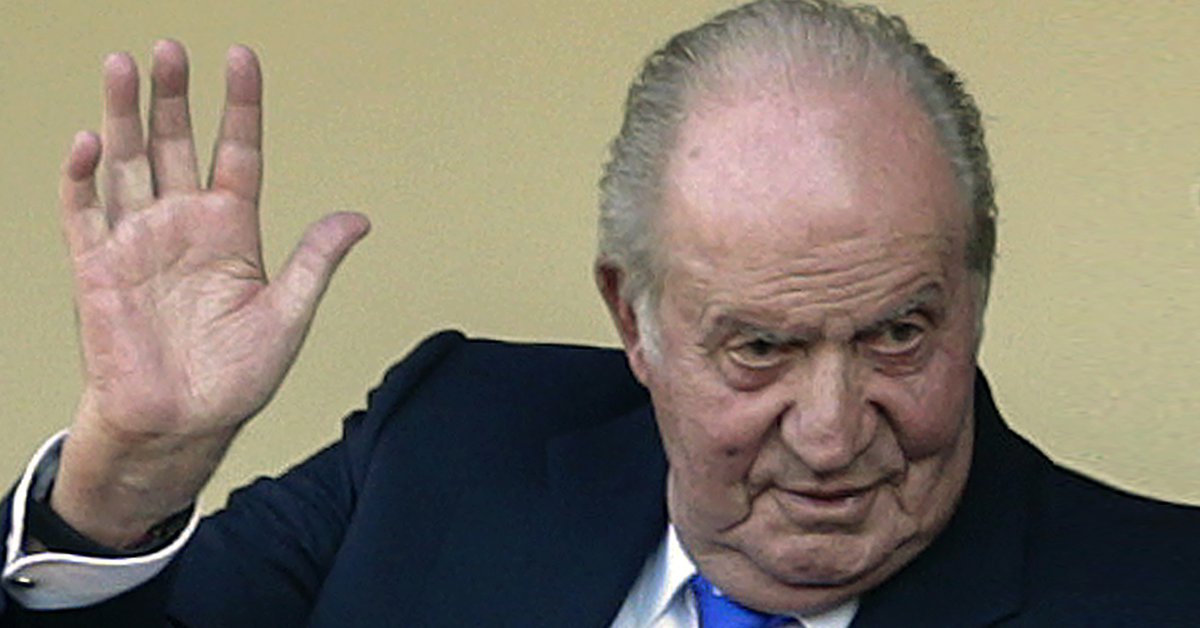 Portugal He says he has not seen the king in his territory. Dominican Republic, who have no records of their entry into the country. Spanish President Pedro Sanchez, When asked at a press conference about the king’s emeritus’ place, he answered laconic: “I do not have that information.”

So where is Juan Carlos I? That is the question that everyone is asking right now SpainTwo days after the king’s emeritus announced that he was leaving the country for an obscure place in the midst of a growing economic scandal.

The Spanish press tried to find the former monarch on Wednesday, which may be Portugal, while the Royal House refused to offer any information one day after announcing his exile.

The press as a whole accepted it the former head of state, punctured by a corruption scandal, he had already left Spain, extremely as neither the Royal House nor the government confirmed.

online magazine The confidential indicated Tuesday afternoon that Juan Carlos, 82, would be in Portugal, where he spent part of his teens, in the city Azeitao, about thirty kilometers south of Lisbon. The media said that Juan Carlos too It could be in France or Italy, where he has family and friends.

The magazine ABC, near the monarchy, it reported the retired monarch had left Spain on Sunday and flew in from Porto, in neighboring Portugal, to the Dominican Republic. But then he nuanced the news: it is believed he will travel next weekend. Förträdet He also said he was in the Caribbean nation, albeit temporarily.

But The Dominican Migration Office stated that Juan Carlos I “has not entered” its territory and the chancellery of the caribbean country said “Has no information” about King Emeritus. On the island, the chosen destination is the exclusive resort de de Campo, owned by the Cuban brothers Fanjul, where the man from the Borbón house even has an avenue in his name. “Pepe”, one of the owners of the place, has already warned that the emeritus “has its doors open”.

The monarch, under investigation for corruption, announced on Monday his decision to leave Spain to help his son, King Felipe VI, iel “exercise your responsibility”.

The letter addressed to Felipe VI, published at the King’s House, did not specify the new destination Juan Carlos I and on Tuesday, a spokesman refused to provide information about his whereabouts.

The President of the Government, Pedro Sánchez said he did not know its location and He suggested that it was the current king who pressured his father to leave the country.

“The government and I, as president, express our absolute respect for the decisions taken by the Royal House (…) to distance itself from supposedly dubious and reprehensible behavior” by a member of the royal family, Sánchez explained at a press conference.

Queen Emeritus Sofia, who has lived outside the former monarch for several years, still in Spain, according to a source near the Royal Palace.

Blow to the monarchy

On the throne for 38 years from 1975 after the death of dictator Francisco Franco to abdication in 2014, King Emeritus enjoyed great popularity for decades for his role during the Spanish transition, but in recent years his figure has been weakened by scandals, such as the case of corruption that took his son-in-law Iñaki Urdangarin to prison.

Under siege by scandals during the last year of his reign, Juan Carlos abdicated in favor of his son Felipe in 2014, loses the immunity granted by the Spanish Constitution to the Head of State.

Following Juan Carlos de Borbon’s announcement, some called for the abolition of the monarchy in the country. The Left United We Can, He is a minority partner in the governing coalition, he wants a public debate on the creation of a republic.

“There is no reason to continue to carry a monarchy that lacks the slightest ethical values,” The formation said in a statement Monday night.

But Socialist Party, who is the CEO, has shown no willingness to follow that path and declared his support for Felipe VI. Despite this, the Prime Minister, Pedro Sánchez, recently said so the news about Juan Carlos I was “disturbing”.

Juan Carlos’ lawyer, Javier Sánchez-Junco Mans, pointed this out the former monarch had asked him to make it clear that even though he will be out of the country, will remain available to cooperate in each inquiry.

King Emeritus cannot be tried for alleged crimes committed while sitting on the throne because he had immunity. However, he can be prosecuted for acts committed since 2014.

In a statement in June, the prosecution announced that it was investigating whether Juan Carlos I had received million dollars in bribes from Saudi Arabia during the construction of a high-speed train there by a Spanish consortium.

Since then, the Spanish media have published vicious testimonies about an independent investigation in Switzerland for the millions of euros (dollars) alleged by the deceased rey Abdullah handed him over to the Spanish monarch.

Obviously Juan Carlos would have transferred one huge sum of money a former lover in what investigators consider a possible attempt to hide the money from the authorities.

The former lover, Corinna Larsen, She is a German-Danish businesswoman who the Spanish media has related to King Emeritus for several years. The Spanish prosecutor requested that he testify in the case in September in Madrid.

Hiroshima in Beirut: the devastating force of the explosion in the Lebanese port in 11 dramatic images

Chronicle of a destroyed city and the shadow of Hezbollah: how the explosion occurred in the port of Beirut