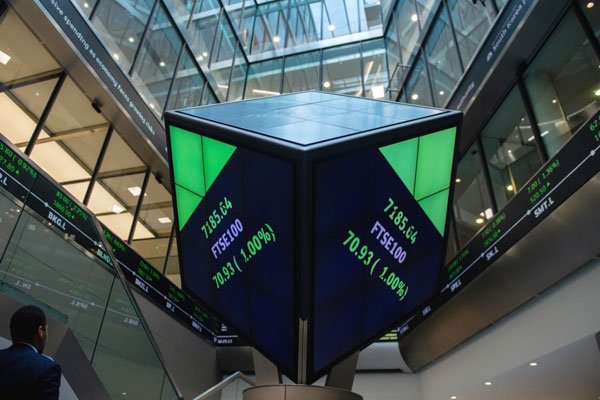 The Asian company demanded that its British couple give up the purchase – for $ 27 billion – of Refinitive.

But the offer met with opposition from Asia and the United Kingdom, amid doubts about the political risk represented by both countries at this time, and also received criticism for the structure of the agreement. And HKEX demanded that LSE cancel the purchase – for $ 27 billion – of the company that markets financial information terminals, owned by Thomson Reuters and Blackstone.

Although the British IPO initially said it would evaluate the plan, it then said in a statement that it was an "undesirable" offer and that it was still "committed and making good progress in the proposal to acquire Refinitive."

Thus, everything suggests that the strategy of Hong Kong should be rejected.

The Asian exchange operator's proposal is to take 41% of its UK pair – through an operation where it values ​​LSE shares at £ 83.61 – and "to bring together the largest and most important financial centers in Asia and Europe. ”

The price represents a premium close to 12% at the close of LSEG on Tuesday. Yesterday, the titles of the British finance group rose to 15%, but then moderated the increase to 5.91%.

It's "a strategic opportunity to create one of the first market platforms in the world," HKEX president Laura Cha Shih May-lung said in the operations log.

“Together we will connect east and west; We can diversify and offer our customers more innovation, risk management and investment opportunities, ”added Charles Li Xiaojia, CEO of HKSE, which strives to make Hong Kong the financial reference center in Asia for the next three years.

With this acquisition, the Asian manager would gain access to London's fixed income products, as well as FTSE Rusell, the benchmark for international investment groups.

Meanwhile, the United Kingdom would have a privileged place to participate in the internationalization of the yuan – which uses Hong Kong as a starting platform for the world – in addition to gaining greater stability in the city's financial position, shortly after leaving the European Union country.

Had it been completed, the operation would have been the second international expansion of HKEX following the acquisition of the London Metal Exchange in 2012, a jump into the terrace Raw materials had an excellent effect on the company's income statement.

In the presentation of the results in mid-August, HKSE announced a record turnover, which increased by 5% during the first half of the year.

But yesterday's maneuver occurred at a critical juncture for both the global exchange industry, as well as for Hong Kong and the United Kingdom.

According to Chris Turner, an analyst at Berenberg, a Bloomberg, "political risks remain the main obstacles", given that the operation would "see a Chinese company acquire the most important securities markets in both the UK and Italy, as well as the main infrastructure for European debt markets. "

Therefore, several analysts predicted that the proposal would not be realized.

Ben Capital, an analyst at Louis Capital, stressed that many of the investors would oppose the idea that a British company would be controlled by a Hong Kong company, which is also owned by the Chinese state at 6%.

Kelly also pointed out that the United States could object to the operation for what Chinese influence means. in one of his financial allies.

The fact that the proposal does not receive green light can of course trigger new offers from rivals.

This was warned by Guy de Blonay, fund manager at Jupiter, as He said: "If the offer is rejected on a political basis, the door can be opened to new bidders that could lead to a bidding war."