Breaking News
Home / Argentina / The “Fernández method”, during the most critical hours

The “Fernández method”, during the most critical hours 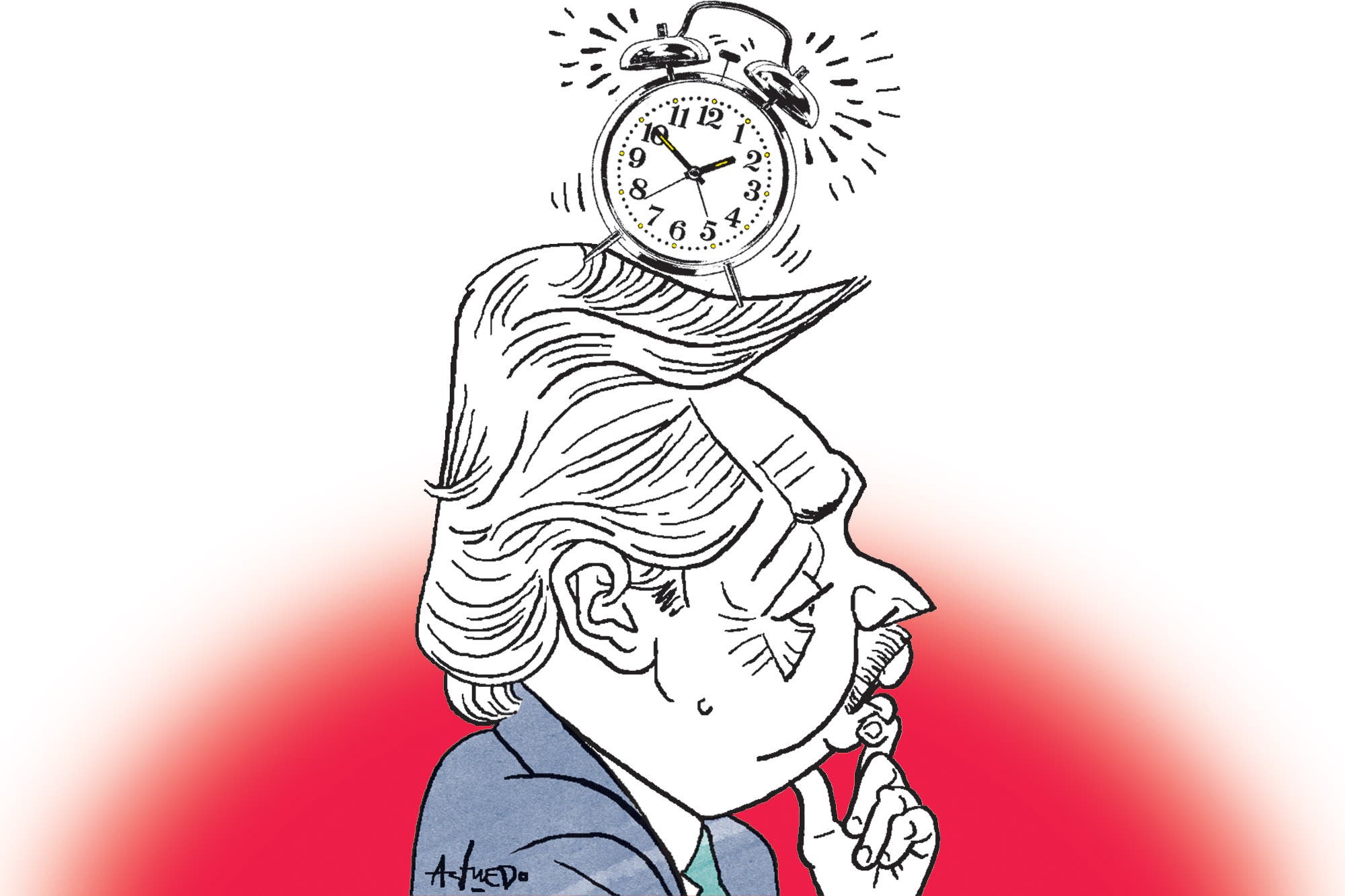 It is likely that you do not have to look at the experiences of others to understand why Alberto Fernández does not like (and does not have) financial plans. Perhaps to understand that, it is necessary to remove the adjective from the president’s self-definition.

Dialectical contradictions, actual marches and counter-marches, lack of conviction, delay in decision-making (until there is no more time) have become a trademark and leadership. Plans, roadmaps or programs do not comply with the President’s modus operandi (or modus essendi).

Two new cases, one with strong internal repercussions and the other likely negative externalities, confirm the validity of “Fernandez method”. As much as they question its dubious effectiveness like never before. The solution to the exchange rate problem and the defeat in the election of the head of the Inter-American Development Bank (IDB) offer disturbing signs at two very different levels.

he new tightening of shares against the dollar It took more than a month to resolve because the alarm lights are on in the government. For worse, the solution did not match anyone. The delay and the final product are the result of the strong discrepancies between the various economic voices heard by the president and how Fernández has to resolve disputes.

The new restrictions are not the perfect formula for the president’s friend and head of the Central Bank, Miguel Pesce, who promoted a total cut to saving dollars. Nor is that what the Minister of Economy suggested, Martín Guzmán, who favored a doubling of the market.

Nor is it what the little ones expected saver, for which the weights make insurance more difficult. That’s not what either businessmen, were now called upon to refinance debt (some), to seek new sources of pre-financing for exports (others) or to forget about capital investment (the majority). All unhappy. All wounded and no battle won, when there are still too many challenges and resources are scarce (increasingly).

The celebration of the success of the public debt swap (beyond the delay and concessions to close it), which prevented a bankruptcy, did not last long. Guzmán vet. He barely managed to keep the party from holding up as soon as the BCRA intended, determined to introduce absolute holdings within a few hours after the negotiations with the debtors were concluded.

Then one of the stars of the “Fernández method” handbook was introduced, consisting of postponing all its own decisions and urging the parties to reach an agreement. Until the risk of collapse seems inevitable. That’s what happened last month. That is also how the problem was solved on Monday.

The most worrying thing is that the dispute between Central and the economy is still open, and in both areas there are well-founded doubts about the effectiveness of the measure.

Near Guzmán, this is where you can smell the greatest aroma of defeat, despite the minister’s efforts to conceal it and to prevent the dispute from escalating, come out to defend the measure publicly even if he does not share it. Everyone thinks that Pesce had a small advantage, even though he did not have all the tools he wanted to plug the holes where the few available reserves he has.

Against all perceptions sometimes can be found more similar than one thinks between Fernández andMauricio Macri. As happened in the immediate past, the current president this time leaned more towards BCRA’s position than the economy. But not really. Rather, it forced mediation. There are also analogies in it.

Former officials remember it many times Macri preferred not to be the one who defined and chose to delegate the burden on his employees. To clear doubts, you just have to resort to his now famous phrase: “I always told everyone” be careful, I know the markets, that one day they will not give you more money and we will fuck off “”. One can only hope that history does not repeat itself, even if it is an inverted mirror.

The fragmentation of the economic team (another similarity) also does not help to solve the problems under the leadership of Fernández. The exchange definition also found deviations in tandem that constitute Deputy Chief of Staff, Cecilia Todesca, and the Minister for Development Aid, Matías Kulfas. They are the disciples of AFIP’s boss, Mercedes Marcó del Pont, author of similar stocks in 2013, which in 2014 ended in the devaluation made by Axel Kicillof. A devaluation is what one now tried to avoid (or postpone).

The measure also has internal and external effects. The finance minister himself acknowledged the security effects when he confirmed the phrase Fernández said during the campaign: “Shares are like a stone in a revolving door, they do not release dollars, but they do not go in either.” Locked.

A wide and foreign world

Thus, the world seems to be widening and alien to the “Fernández method”. The president verified it last Saturday, with failed candidacy for the IDB Presidency from his Secretary for Strategic Affairs, Gustavo Beliz, which has just added another defeat to what has already suffered with the final judicial reform project. Beliz’s resilience is remarkable. Next to Fernández, he seems to be meant to collect misconceptions.

The recent setbacks in the multilateral organization deserve careful reading. Not just the government He was defeated for not having introduced its candidate, but failed in its attempt to postpone the election to prevent an American from being elected to the IDB for the first time. He was thus subjected to double Donald Trump. The goal was to achieve a postponement until after the North American election, in an open bid for Trump’s defeat.

Joe Biden’s prayers are getting louder and more insistent in Casa Rosada. The International Monetary Fund, in which the United States has a crucial role, is the next peak that Argentina must overcome to order indebtedness and postpone expected maturities to next year. Too many risks taken.

The most curious thing is not in miscalculation and in having insisted until the end on a losing alternative, relying on support that he never had. Or believe that the candidacy to Mauricio Claver-Carone It was more of a goal for the Trump delegates for the region than for the president himself. In addition to being inappropriate in US history on international issues, it would have been contrary to Trump’s profile, mentally disabled to lose anything. If this is unusual, other eccentric details will appear in the process.

A demonstration of unparalleled naivety was his confidence that Mexico would face the United States. This is not the first time Fernández has had problems with his GPS. He recently said that he and the Mexican Andrés Manuel López Obrador were the only two Latin American leaders with the intention of changing the world. Shortly afterwards, the AMLO ran to close a new trade deal and embrace Trump, for whom he flattered.

There is no reason to suspect Mexican treason. Even less so when Argentina tried to get a result that it never worked properly for. This is acknowledged by some experts who are sometimes listened to by the Ministry for Foreign Affairs, who coincide with officials from previous administrations who are familiar with IDB and other international organizations.

“When a candidate is looking for something like a bank or a key body, he sets up a working group. Experts, communicators, lobbyists. He develops a program and goes out to seek connections. It was never done,” he said. admitted a source who knows exactly how it worked (or did not work) for the Beliz candidacy. He could not explain why he went so far. Not on the outside either.

If the dynamics of other decision-making from the current government are analyzed, however, one can find some similarities that are repeated as if they were a pattern of behavior. Maybe it’s time to look at the “Fernandez method”. Only the president can.

According to the criteria for