The dollar gap widens: "calculated with liqui" marks a record and touches 75 pesos 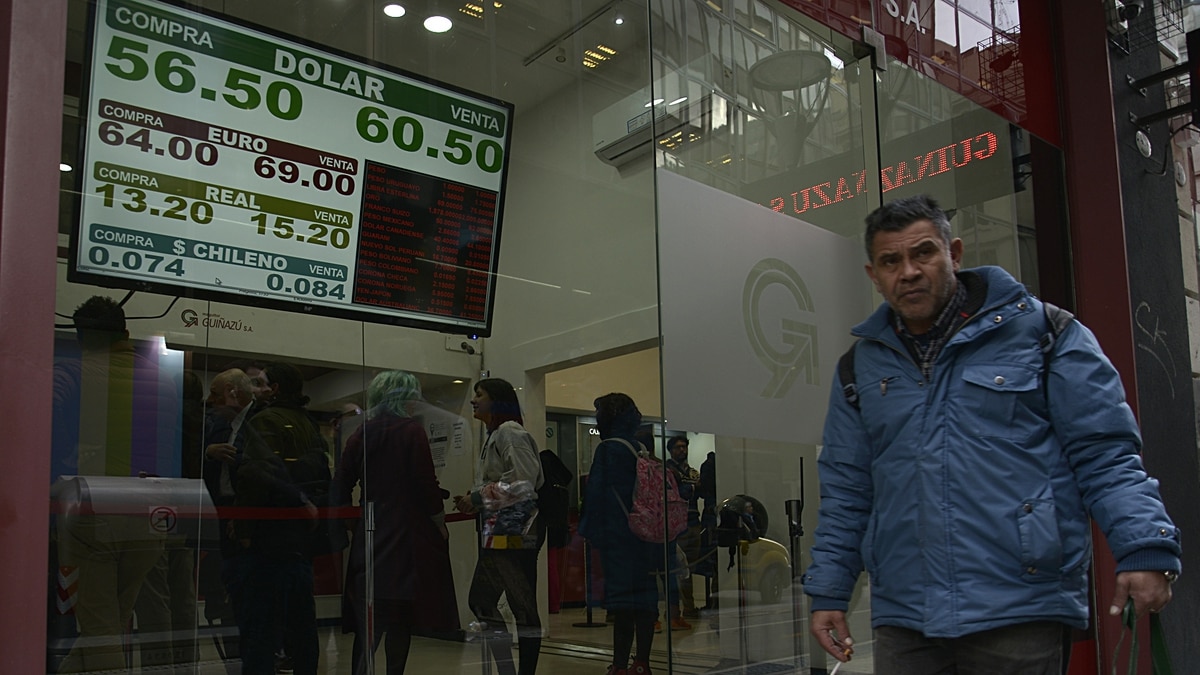 Proximity to the presidential election and doubts about the policy that the government will apply from December 10 motorize the rise of the dollar under currency controls that could be deepened against it current inflation and the decline in activity.

In the formal circuit, the currency flow is gradual. In the branches of Banco Nación he earns 50 cents for 60 pesos for sale. On average of the banks in the Buenos Aires micro center, the public is offered 60.71

In the market wholesale rises only three cents, to $ 58.35 where the central bank is the main seller.

The sharpest movements are observed in the alternative listings, the parities that arise from the stock market operation and in the parallel, free or "blue" market. .

"There is no doubt that the financial data for is still the gap . The upward pressure is maintained, and with spread between "the stock exchange" and the official dollar, "said a report from Portfolio Personal Inversiones .

The gap between" liqui "and wholesale dollars grows to 28.1 percent .

"As the time for the primary election diminishes, the risk increases, and with the decrease in the supply of dollars in the stock market," they delineated from the Personal Portfolio.

At the same time, the informal dollar agreed to 67.75 pesos . The "blue" currency is required by those trying to buy more than the $ 10,000 a month that is approved for natural and legal persons.

The central bank's interventions have an effect on the reduction of reserves which gave approximately USD 18.5 billion from the primary election up to now, in addition to debt payments.

Assets continue with their daily fall and were placed on Thursday at levels of USD 47.594 million according to data subject to adjustment, after deducting $ 50 million.

Part of the decline is explained by the permanent "drip" of withdrawal of deposits in dollars for fear of the savers in the event of a possible change of government.

On Friday, the central bank balanced the monetary policy rate in the first tender of Letters of Liquidity ( Leliq ), seven days later, 68,003% per annum .

The Central announced last month that the reduction in the performance floor of these repayable debts – excluding being subscribed by banks – to 68% in October according to a statement by the Monetary Political Committee (COPOM).