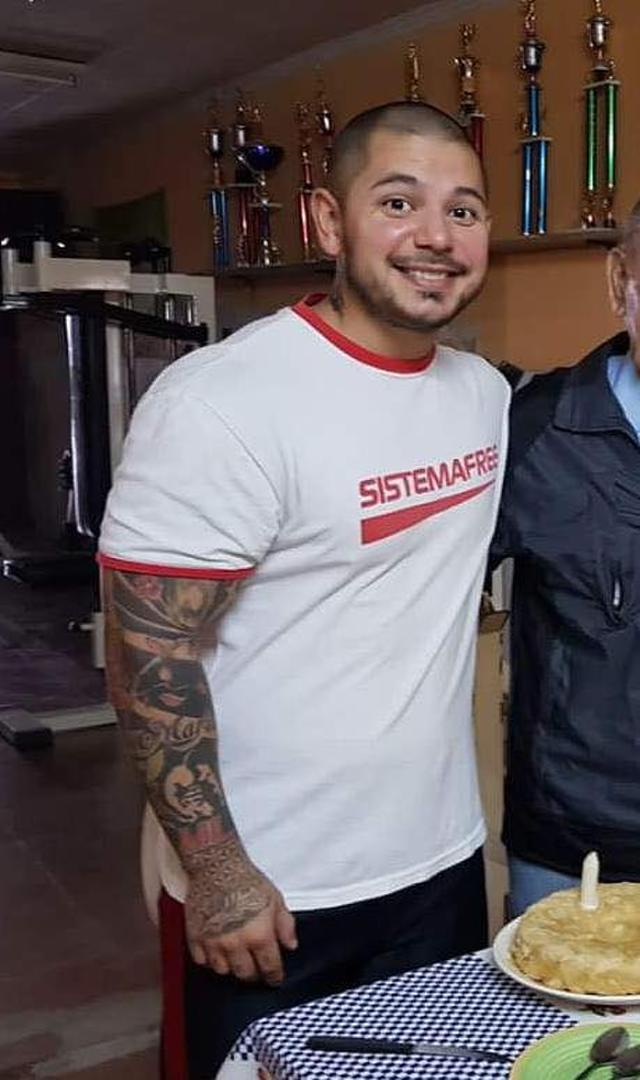 Marcos Lucas Diosquez was 32 years old, was a boyfriend and was passionate about bodybuilding from a young age. Most of his time was dedicated to the exercise of that discipline. He was the brother of Lucas Gabriel Diosquez winner of four Argentine titles in the Argentine Bodybuilding Association. Marcos, like his brother, was involved in youth activities, an environment where he became famous for his awards and as a coach. He also owned a gym.

Yesterday morning he had gone on his bike to work out without knowing he would find death. Around 10 he was attacked while traveling on Avenida Mate de Luna to 3 500 by a driver who fled and left him.

Diosquez was rushed to the hospital in Padilla, where he was hospitalized in very serious condition. He died in the afternoon, around 1

"Like his brother, he was a highly competitive bodybuilder. Both his family and his friends are very shocked at the moment,

explained Gerardo Chaya near the victim.

Witnesses said that Diosquez was drawn about 30 meters by a Peugeot 205 XS Model 1994, which ended with a break in the windshield, product of the effect. The police still could not identify the fleeting driver. Currently they investigate the security cameras on the spot to find a picture for to help them find it.

The witnesses of the dramatic event should have noted the number of the patent and the color of the vehicle that hit the victim. These data have already been communicated with police inquiries. The researchers hope to have the images from the cameras to a private security company located in a battlefield.

From these videos, they hope to identify the person responsible for the deadly collision on. "They told us that this person went down to check the damage the car had and then fled," said a close victim.

Last night, Diosquez's family at the hospital for the transfer of the body waited over him. It was not known if an autopsy was ordered from the prosecutor's office II of Claudio Bonari .

Two other deaths were recorded at the beginning of Sunday. The first of the events was recorded close to 5 in Lastenia, where a 56-year-old man died after turning and falling into a canal with his truck.

It happened at the junction of road 9 and Sarmiento. As reported, the accident occurred when Rubén Ramón Giménez drove in a Ford Ecosport.

The driver drove north, when for unknown reasons he dropped control of the vehicle and ended up in a small canal next to the road. Giménez, who lived in the El Mirador district of Lastenia, died in place.

Meanwhile, a motorcyclist died a morning morning near La Ciudadela after striking a truck at the intersection of Crisóstomo Álvarez and Amador Lucero. As reported, the accident was registered minutes before 11.

For reasons attempting to establish collided vehicles. The driver whose identity was not confirmed at the end of this edition, however, is in place.