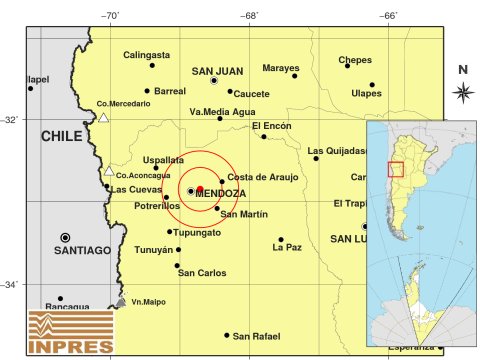 Between the night of Friday and Saturday morning, there were three earthquakes in the province. The last occurred after 8.30 and its epicenter was in Guaymallén.

According to the National Institute of Seismic Prevention (Inpres), the movement was registered at 8.38.

It had a magnitude of 2.6 on the Ritcher scale and its depth was 17 kilometers.

Also during Another Movement was recorded at dawn on Saturday, in this case it happened at 1

:28 pm and its epicenter was in Las Heras. As reported by Inpres, its size was 2.5 on Richter's scale and its depth was 106 km. 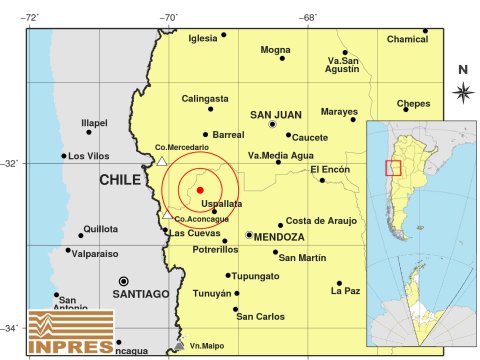 Finally, on 22.24 this Friday, another earthquake occurred. Like the previous, its episode was also in Las Heras. It was 2.5 on Ritcher's scale, with a depth of 17 km. 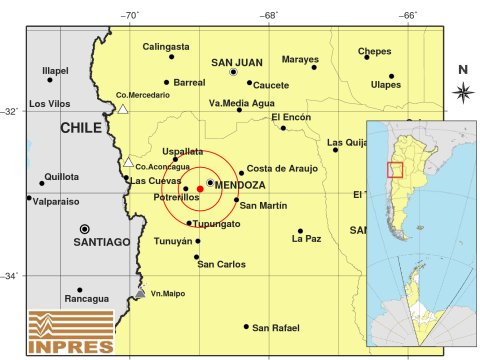