Breaking News
Home / Argentina / Rodolfo Canicoba Corral, after his resignation: “I am tired of the last four years of permanent erosion”

Rodolfo Canicoba Corral, after his resignation: “I am tired of the last four years of permanent erosion” 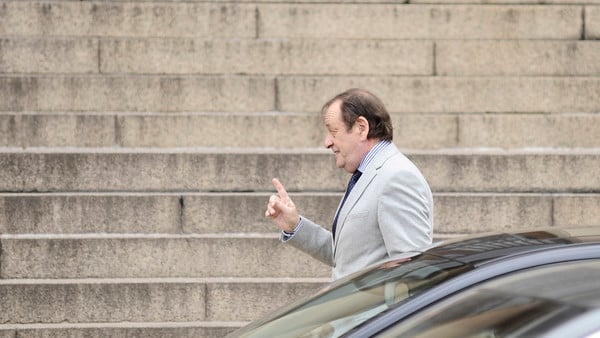 Hours after announcing his resignation, Federal Judge Rodolfo Canicoba Corral on Tuesday considered him the target of a “smear and smear campaign” and claimed he was “tired of four years of permanent erosion”.

In a radio interview The revealing, the controversial magistrate of Commodore Py blamed the media and insisted that they lead “a grinding campaign” against him.

As he considered, the AMIA case is “part of that campaign” and gave as an example that they demanded progress in the investigation when “UFI AMIA has delegated it.”

“The AMIA case is part of the smear campaign for various media. They carried out a grinding campaign against me. Some said that the House told me to devote myself to the AMIA cause and everyone knows that this investigation has delegated the UFI AMIA,”

And he added: “They said the House had ordered me in harsh conditions to proceed in the AMIA case and that is false, and it does not mention me either.”

After the Iranians were accused of attacking the Jewish mutual red alarm, he launched that “it is another stupidity and part of these media campaigns.”

In that question, he added that “it was the intention of the Iranians to suspend the red warnings, but they were always in force and the only one who could request a cessation was me.”

The magistrate, one of the most questionable judges in Comodoro Py’s controversial federal jurisdiction, arrived at Federal Criminal and Correctional Court No. 6 in 1993, in full swing: “I started while we were still in the palace and inaugurated Comodoro Py,” he specified.

He also noted that he was “currently investigating certain types of espionage, as it has now exploded everywhere”, referring to the alleged illegal espionage under the Mauricio Macri government.