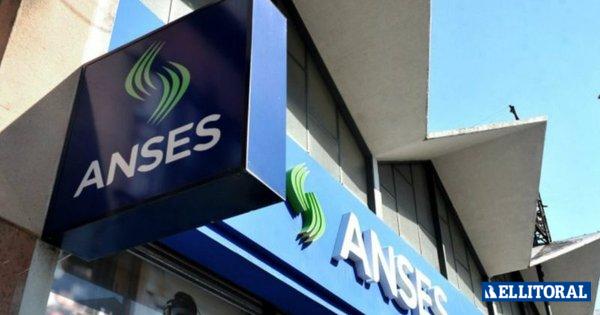 A senior citizen from the city of La Cruz stated that he was deceived for a total of $ 37,000 after making a deposit caused by telephone conversations from a reputable Attorney attorney who informed him that he had benefited from a historical repair of Anses for 72 thousand pesos.
The victim, whose identity remains in reserve, published the situation that occurred to him on Friday, so the same does not happen to other people.
He explained that the alleged lawyer after having enthusiasmed him with the benefits received, stated that in order to access it he had to make a deposit on a savings account.
Furthermore, he warned that another requirement was that he approached a treasurer as soon as the alleged compensation had an expiration date.
At that time the fraudster left him a phone number that guided him at the checkout process.
"I communicated with the number that leaves the retirees and the first thing that sounds is a facial musical curtain and then you return the conversation. I identified myself with the person who answered me from the other side and asked him to indicate his workplace and he responded "Cordoba 720" Anses headquarters, and he constantly insisted that he was employed by Anses but he refused to give your rank, "said the retired news portal La Cruz. The stranger, on the other side of the phone line, generated a credible scenario for grandfather, to the point he was deceived, for the sum of 37 thousand dollars.
After the victim noticed that he had been in fraud, he decided that the best thing would be that the goal was known, but he asked to protect his identity.
So he left the formal complaint to the local police station for the alleged crime of fraud, in which intervention was given to the Institute for the City of Paso de los Libres, Corrientes.
Notice that similar situations have occurred elsewhere, as Anses is permanently informed that the procedures are free and reiterates that the staff do not ring over the phone to offer any kind of benefits.
This kind of alerts the national body publishes in various media before escalating fraud to retirees, therefore, does not recommend leaving bank account information or making transfers and avoiding answering calls from strangers.
From Anses, the people remind you that if you are unsure, ask the agency for free line 1

Mar del Plata
During the last hours three lawyers were arrested to deceive the state after treating irregular pensions at headquarters of Anses de Mar del Plata with a value of at least 14 million pesos. Rubén David Cagni, Luis Miguel Iroz, Roberto Luis Balbuena and Luciano Conrado Diez Suárez were imprisoned to steal $ 14 238 710 from the state through the retirement procedure for healthy persons who were considered invalid.
"These individuals acted to grant pension benefits, such as invalidity and service certification, inappropriate", says Débora Espina, Regional Manager of Anses.