Breaking News
Home / Argentina / Passalacqua: "We will strictly adhere to the tax treaty with the nation" – Provincial Legislatures

Passalacqua: "We will strictly adhere to the tax treaty with the nation" – Provincial Legislatures

Missionary Governor made it clear that they will do it "while looking at people's needs." After highlighting the good relationship with the national government, he pointed to three specific criticisms.

POSADAS (From our correspondent) .- Within the framework of the Labor Day and governed by the Provincial Constitution, with Governor's speech, Hugo Passalacqua, started the 46th Mission. The speech was framed by an area full of authorities from the government's three branches and from the outside, a crowd of political and social groups.

"For the third time, I have the opportunity to offer this speech, saying that we are on course that people notice us, it is the skin of the most humble people who set the agenda for us and we do the best job we can in the ability to The historical time we have to live allows us to know that we must solve the problems and that people do not care if it is dissolved by the province or the nation, what the missionaries hope is that the problems are solved and that's our commitment, the governor said at the beginning of his speech .

It is not our hallmark to announce that we know in advance that they will not be able to be met, that is part of the old policy and we do not work so, but we do the mission project. Almost all of its facets are talented for our people, "he pointed out.

He stressed the operation of Misiones Credit Fund, which last year approved 400 projects and delivered 1

20 million pesos in credit to entrepreneurs, as well as public health performance and the dengue brake following virus outbreaks in 2015 and 2016, which were not repeated "due to the general policy applied."

On the education he raised the budget as the province: "We are the only province in Argentina that allocates one third of its budget to education, telling us what our priority is. In addition, we need to talk about the free student ticket that applies to all students in the province, for Misiones who study, travel for free. "

The governor also mentioned the fight against drug trafficking conducted with national forces, as well as the purchase of a helicopter equipped with good techniques for combating drug trafficking and environmental crime.

Despite the good relationship that the province has with the nation, Passalacqua slides its criticism in three aspects. First of all, the 20% fall in the National Program Community Physicians falls: "We hope this can reverse immediately because it affects many professional jobs," he said. 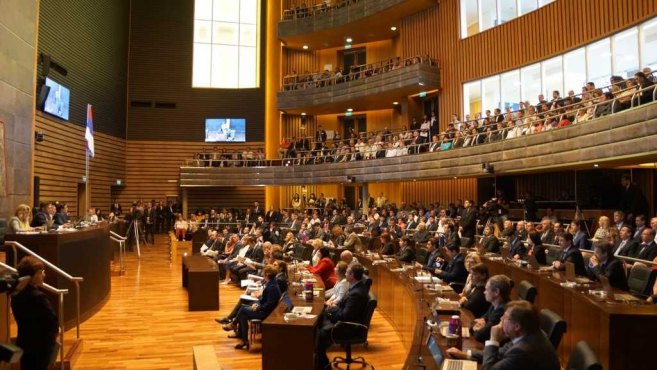 At another point, he referred to the possibility of submitting yerba mate price to market rules: "We do not want to expose our producers to market rules where the conditions of our small producers are not taken into account", he stated and expressed his support for INYM (Instituto Nacional de la Yerba Mate).

And finally, to royalties for Yacyretá: "We continue to claim the national government for the royalties that correspond to us to the Yacyretá dam and we ask you to pay us for energy that will be included in our new energy program, as well as includes biomass, solar panels and installation of LED lights, "he explained.

Consulted by parlamentario.com The National Legislature of Cambio Lu Pastori gave his opinion on the speech: "It was a long run of the ministries' actions but without messages and without marking a line or someone clear public policy, also announced many public works without saying that they were actually funded by the nation.

"On the other hand, insist on a very regressive tax regime, because although it marked some drops in tax rates under the tax treaty, did not mention that at the same time went up to the shops and services that are affected by most asymmetries. So on the one hand, we call the nation to make efforts to improve asymmetries, but on the other hand, we are increasing taxes on companies and services, "he says.

For its part, the provincial deputy of the Front Renovator Julio César Barreto highlighted the provincial administration in a crisis: "It is important to recognize how much investment has been made with provincial resources in such a difficult time, this is only possible In addition, with 30% of the budget allocated to education is undoubtedly something very important, such as social policy, in such a difficult economic time as inflation and the increase in tax rates do not allow continued growth. Captaneando good this boat, "he defined.

While the Minister of Agriculture and Social Affairs Martin Sereno analyzed it: "The number was within predictable parameters, but large advertisements or positive forecasts, highlighted by themes, are important that the governor did not mention and should have done, such as the dismantling of family farming by the nation. Tobacco did not say anything about housing deficits, he said nothing about the care of employment sources, he did not say anything, which is very sensitive to the missionary. So much I celebrate that it has marked a position opposite to deregulation to the yerba-companys market ". 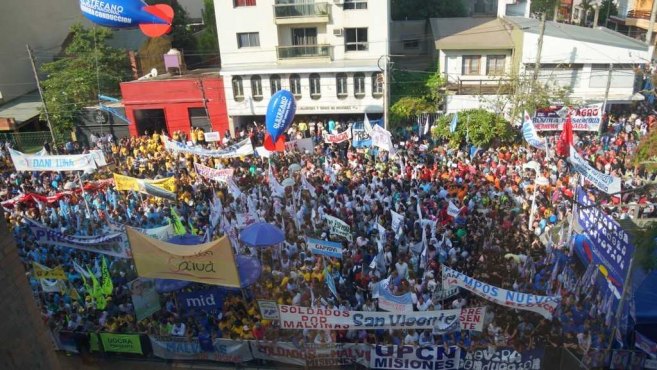