Breaking News
Home / Health / Omar Sued, the doctor who wanted to be a singer and became an “influencer” in the coronavirus pandemic

Omar Sued, the doctor who wanted to be a singer and became an “influencer” in the coronavirus pandemic 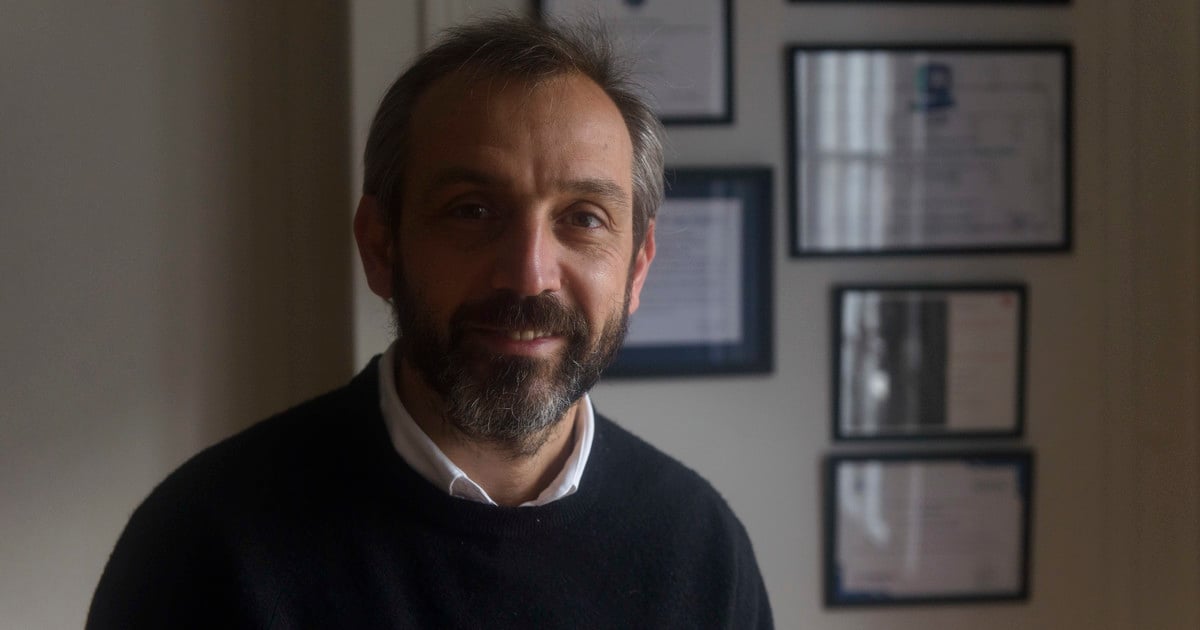 Present a study via Zoom. Broadcast an “IG Live” about science and Covid. He presents a “webinar” for prevention in healthcare professionals, while he viralizes the video “The flame that cares” of a band from Jujuy. At 47 years old, infectologist Omar Sued is the youngest member of the president’s advisory committee on coronavirus. And it really is the most digitized.

As a boy, I studied theater and dreamed of being a singer they threw him out of the choir because he screamed too much. This is perhaps where the histrionic page comes from that utilizes today on his Instagram, Twitter, Facebook accounts and even on his YouTube channel, with thousands of followers on each platform.

He knows the media game and plays it. He realized he liked it, even amused him. Of course, he meets sharp radio and TV drivers daily. His voice does not shake, because he feels that many interviews are like a conversation and he learned it it does not take too much scientific speech to express an idea.

Of course, before he became an authorized voice to debate Covid-19, he had to row it. And much. He was born in San Pedro de Jujuy. He was the second of seven brothers, the son of a merchant and a music teacher. A family where things were sometimes missing.

He was aware of the need to help at home cadet at a medical college. Something they may have seen in him, because when he finished high school, the principals offered him a scholarship – with a trip, pension and food – to go to study at the University of Córdoba. They knocked it for six years. The only requirement: study and try to help others after graduating.

Dr. Omar sued in the Jujuy city of Tilcara.

To cover his personal expenses, the young Sued worked in a “fashionable” lomitería where the artists who came to Córdoba went every summer. Tables were served on Thursdays, Saturdays and Sundays; the rest of the week I studied. It was a good experience, a pity that – as he left at one in the morning – he was late for the parties his colleagues did. Still no one was lost.

It was 1994 when Sued was in the last months of his career working in a hospital. That year they were registered in the country 1,166 deaths from AIDS. And the future doctor saw young boys, in their 20s, arrive at the guard in very poor condition. Even his clients from the restaurant.

The great “Eureka!” Sued came when he heard a young doctor give a “spectacular” presentation on HIV. “I want to do it,” he decided. Neither slow nor lazy, he was received the following week and was already in Buenos Aires knocking on the door of his “teacher”, Dr. Pedro Cahn, at the Huierto Foundation.

It was not easy, because when he arrived he had to take two years of internal medicine. At the time, he was attending his first HIV patient at Rivadavia Hospital. The first case of this disease at the medical center. The boy also got worse from Jujuy and for Omar it was a great sadness to have to shoot him.

The first class of the dwelling consisted of how to tell young boys that they would die. “Look, you are 25 years old, you have very little left. What do you want to do this year? Do you have something waiting? “The doctors learned to consult. Shortly afterwards, the three cocktails of the triple therapy appeared. It was perceived as something “magical”, because people went in very badly and went out.

Omar fantasized about finishing the race and going to Africa. But an unexpected fact complicated his plans. He fell in love. When she was married and had a son (she currently has two, Santiago and Ignacio), it was she herself – also a doctor – who drove him to fulfill his waiting dream. So, traveled to Tanzania and stayed for four months.

In a family plan, Omar agreed with his wife and children, Santiago and Ignacio.

Another strange fact with your resume is that worked in a devoted prison, to control tuberculosis, HIV and hepatitis in prisoners. He says it was a “fun” job, although he admits that when the doors are closed, it gives a little cold. Learned that there are codes that should not be broken, such as asking the reasons for the confinement. The doctor will heal and voila.

What is not on his CV is the pain he felt when his father died of lung cancer, why today asking people to quit smoking. He is proud of his family and appreciates the patience of his mother, who is still in Jujuy. The first time Sued appeared on the TN channel, the woman called him extremely excited. My son the doctor. My son on TV.

He earned a doctorate in Spain and was a regional advisor at the Pan American Health Organization based in Washington, USA. Back in Argentina, he led the Guest Fund. His house. In 2019, he was elected president of the Argentine Association for Infectious Diseases (SADI) and for that role they called him from the National Ministry of Health to give them advice on the coronavirus.

Together with Dr. Pedro Cahn and part of the Fundación Huierto team. Omar Sued defines it as “his home”.

None of this was in his plans. In January, he closed, with the SADI communications team, the topics to be discussed in 2020. They usually use ephemera and a possible date was Chinese New Year. “I put this virus from China that seems to me that it will get tail”Sued proposed. And yes, he was right.

At the first meeting he attended at the Pink House, Sued was the youngest. I did not know the dynamics. Calm down, he stood aside and let the researchers with most years of experience sit in front. “And what do you say? Shall we close the border or not close?” Alberto Fernández asked.

On 23 April, Alberto Fernández chaired a meeting of the Committee of Experts in Olivos. Among them, Omar sued. (Presidency of the Nation)

These meetings became more common with meetings in Olivos, where he assures that one can speak freely and be sincere. He feels listened to in the midst of the greatest challenge he had to live through. Exhausting, worrying, stressful. But with great hope that the situation will quickly improve after the strict quarantine.

While he waits for Buenosaires and Buenosaireans to “behave well” so that they reopen the pools – swimming and his diving course were halved, Sued leads the group of SADI infectologists who, since the beginning of the pandemic, responded to more than 2,000 notes on television.

In media, social networks and video conferencing, they try to convey the good and the bad, but always calmly. Aware that messages such as “wash your hands” or “stay at home” today circulate via WhatsApp, reach our smartphones and have the ability to change our daily habits.

Nuclear medicine and radiopharmaceutical drug size and trends for 2020 with global player analysis, new challenges and opportunity forecast for 2026