Breaking News
Home / Entertainment / Moria Casán was angry at Laurita Fernández and threatened to leave “Singing 2020”: “If he does not respect me, I will leave”

Moria Casán was angry at Laurita Fernández and threatened to leave “Singing 2020”: “If he does not respect me, I will leave” 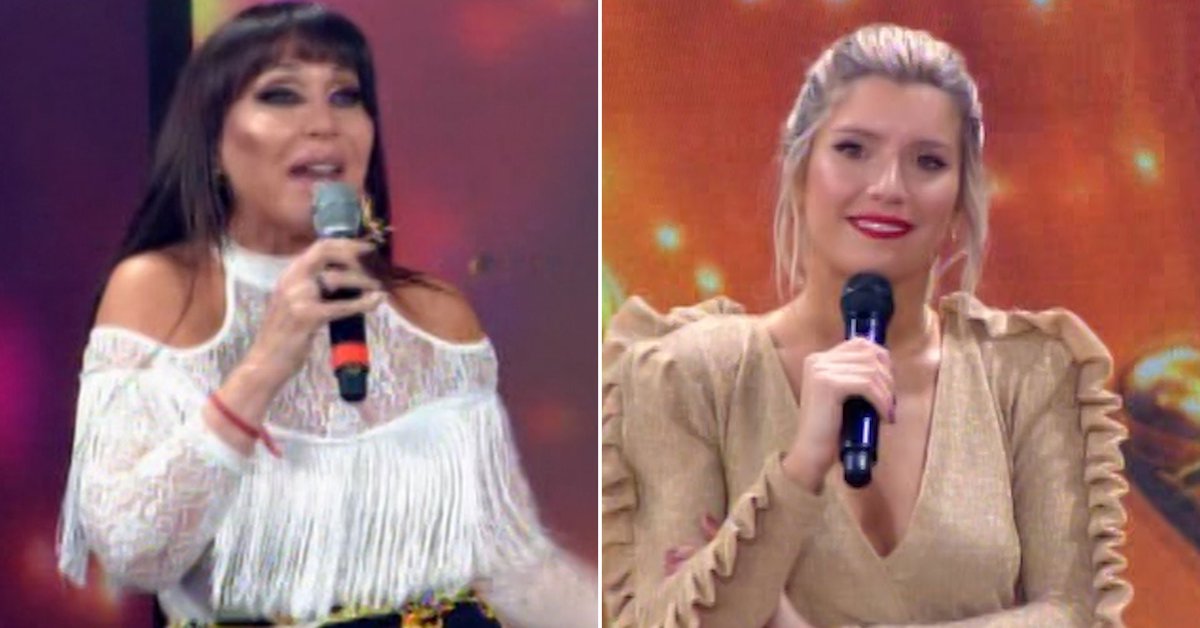 From the moment the news was known to Laurita Fernández I would come along Angel of Brito when I drive Singing 2020, Moria Casán He was dissatisfied with the decision. And the reality is that the small affinity between the divan dancer was in evidence from the first gala of the competition, when he told her that calling her by her diminutive seemed to him “a child”

But the pike between Moria and Laurita has a long history. 2017, when Fernández participated in Dance beside Tron Bal and that One She was responsible for judging them, she had defined them as “an abused couple” who created great controversy. And the twists and turns in fate meant that the dancer the following year stopped occupying the diva chair in the jury, which was left out for two seasons Show Match.

Thus, it was clear that the coexistence between Moria and Laurita in this reality would provide a lot of material to cut. And this Tuesday, a small discussion between the two triggered divas’ anger, which immediately threatened to leave the program and said he would discuss the matter with his lawyer.

It all started when Casán gave him back to Adabel Guerrero. The diva was extended a bit with time and talked about Nacha guevarra and her “Master Class”, referring to the artist’s comments on the sound, the dancers, the landscape and other aspects of each staging. At that moment, De Brito asked her if her evaluation was to the participant or to her partner at the stand, and she assured: “I’m the staff, I can cancel. By the way, I see that the lady co-host today is an octopus, I want you to talk more, darling“.

If Laurita confirmed receipt? “I want you to give back, Moria“Said the dancer rushing to the divan.”You will drive and I will give the return when I sing. So calm down. Let the driver talk a little, my love“Answered One angry. When she gave her secret ballot and the drivers fired the contestant, the divan tried to make a meeting but Fernández did not give her a seat, and then she left her seat on the stand.

Minutes later, De Brito gave him the opportunity to make his defense. “I want to clarify one thing. I just wanted to talk. Here they tell me that everything has to be done quickly because the four couples have to go in for the dynamics, for COVID, for the new life, for the new era … I signed here and made him come to César Carozza to not be black. Because I swore I was ten years old and I do not want a saddle-shaped ass to give returns to people like some I know and others do not, but they deserve my respect. “Because they pay me to get the point for four cups and the ace of the sword,” Casán began.

And followed: “I could stop you and whoever you want. So they promised me: ‘Moria has a free shot’. The free plan should not be sworn like this – says pointing to his comrades –. If I want, I can give returns and I can tell the lady driver that she is a pulpit and I can tell you to talk more. And I wanted to say something about Adabel because that’s what I arranged. “

Apparently hidden, the divan warned: “If I am not respected, I leave my love. I have nothing against you or anyone. But I’m not interested in putting my ass there to give you returns and they drive me. If the news does not come, COVID will come, and if COVID does not come …. No, life is not like that ”.

Right now Ángel explained that all participants who were planned for that gala must come in. “So if I stop, because later I will talk to production or let him talk to my lawyer because that is not what I suggest, I will score without talking. Not to waste time“Moria finished and returned to her place.

Jey Mammon, after the debut of “Estelita at home”: “It’s good to sleep and watch something that relieves you a little”

They reveal the discussion about Nicole Neumann and Fabián Cubero to their daughters, after the positive with coronavirus

Patricia Sosa and Valeria Lynch met again: they had become friends after a fight that lasted this year