Mendoza: 10% of the positive are health care providers 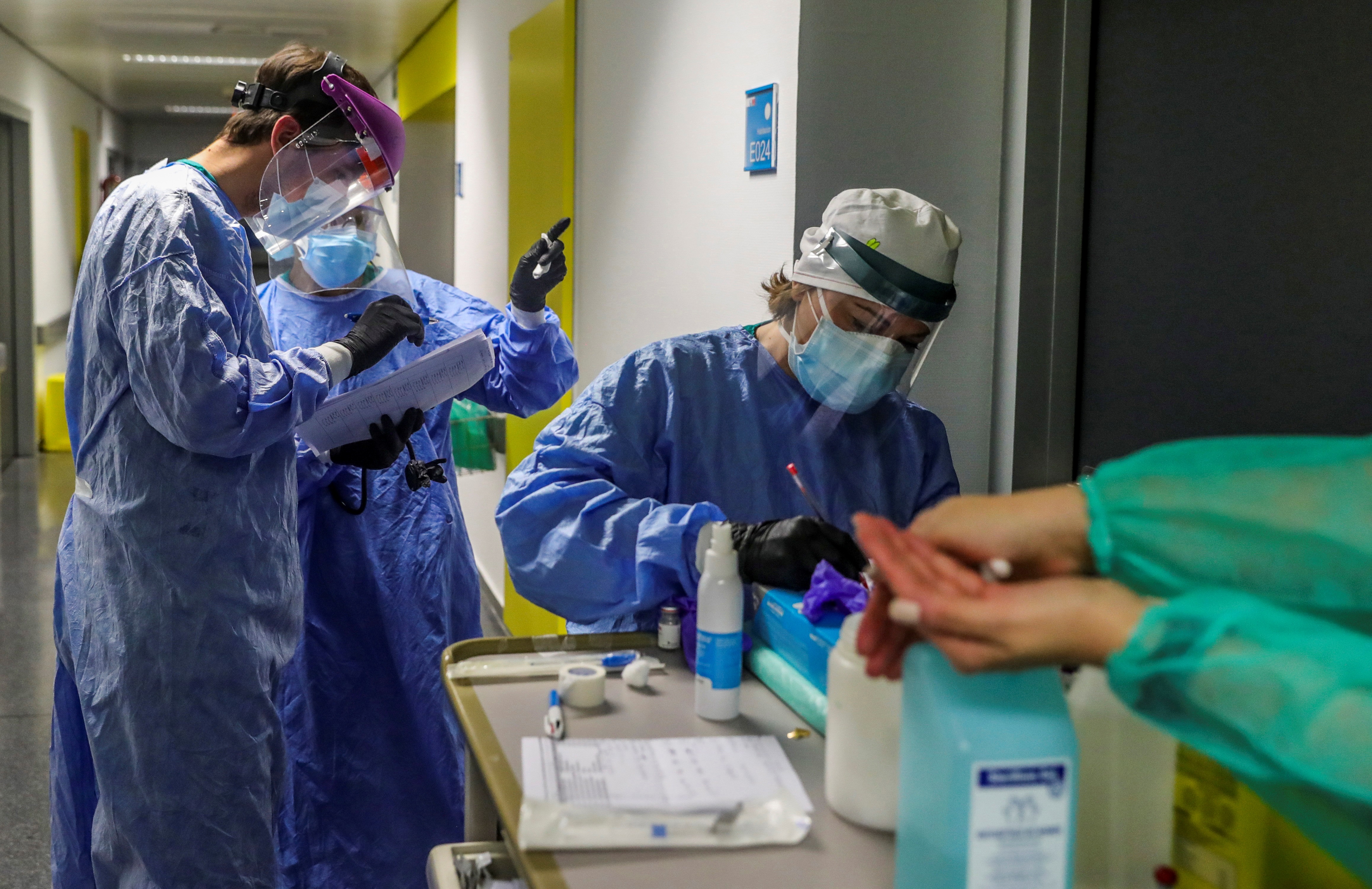 Since the pandemic began, 20 cases of coronavirus health center employees have already been registered in the province. These are employed at six health centers in Greater Mendoza and Eastern Province and they represent almost 10% of those infected.

According to the report from the National Ministry of Health, 7.8% of cases have been registered in the country since the pandemic began to be healthcare professionals. Meanwhile, at the provincial level, this percentage amounts to 9.85%.

Among those infected are 13 doctors, six nurses and one person working in the cleaning area.

In turn, according to the health authorities, on this total 1

1 are hospitalized and the rest have already been discharged. Those who remain isolated are six workers from Lagomaggiore Hospital, four from Perrupato and a resident from Central Hospital.

Mendoza has collected 203 positive cases, according to the last official part given this Monday. These are 52 imported, 128 through close contact and 23 in epidemiological research. In addition, 10 people died of coronavirus and 108 were released.

April ranks as the second month with the most positive in the province, when 65 cases were registered. In turn, the first patients with the virus within the local health system warned during the first days of that month.

It was about four professionals from the French clinic. This situation caused the authorities in the private health center to close their doors for two weeks to disinfect the facilities.

In the middle of this situation it was known a professional from the central hospital he had also received coronavirus. The doctor participated in patients with COVID 19 at the health center, so the link at that time was through close contact.

In that case, the head of the care center on Alem street, Ariel Herrera, explained that the woman had presented the symptoms when she was in a rest period, when they should not have isolated other professionals.

The Spanish doctor and the links to the Notti nurses

Since then, it took just over two months for a health worker to catch it. On June 23, authorities reported that a 37-year-old doctor had received COVID 19 during a consultation with a positive patient.

This young woman was one of the close contacts with the Luzuriaga dealer (case 112) who had reported a positive case a few days earlier.

As a consequence, the Spanish hospital authorities examined the doctors’ steps and isolated about 30 people, including local staff and patients.

Although there were no more positive effects in the Godoy Cruz health center, there were other cases related to this professional and which led to the dissemination of three nurses at Notti Hospital.

It happens that a pregnant woman-patient of the obstetrician was infected during a consultation with the man. This woman in turn transmitted the virus to her sister, who works at the health center in Guaymallén.

After the 30-year-old nurse tested positive, the Notti authorities decided to isolate an additional 18 nurses and five doctors, as well as four patients and their families.

Within a few days, two of the nurse’s co-workers were also positive, adding three female pediatric hospital workers with the virus.

Situation in the east

Regarding the situation in the east, the authorities reported on March 24 A 30-year-old man working in the Perrupato cleaning area had tested positive.

A week later, it was confirmed that a nurse in the neonatal area of ​​the same medical center had also received the virus.

The situation with this case was that the 59-year-old woman was not in contact with COVID-positive patients, so authorities are trying to determine how she was infected. Shortly thereafter, another 42-year-old worker from the Junín sector joined this list.

Finally, this Monday, the 32-year-old third nurse and the fourth worker at the health center were confirmed to have been infected.

The health authorities are paying attention to this health center, which currently has 13 cases of coronavirus. This is because the last confirmed patients are two infants of 7 and 23 days, which are calculated to they were infected by one of the nurses in the neonatology field because their mothers are not carriers of the virus.

This Sunday, the health authorities confirmed as positive two doctors, aged 27 and 42, from Luis Lagomaggiore Hospital. Hours later, four were added to the list.

Thus, there are already six infected and this health center will be the one with most coronavirus professionals registered in the province so far.

Coronavirus in Santa Fe: the activities that risk going back if cases grow

After the positive of a doctor in Funes, they want to know if the protocols were followed

A 25-year-old woman died in Mendoza, the youngest death