Macrismo receives Miguel Pichetto with a "Peronist" grill: a special gift and the filter to avoid "intruders" – 06/14/2019 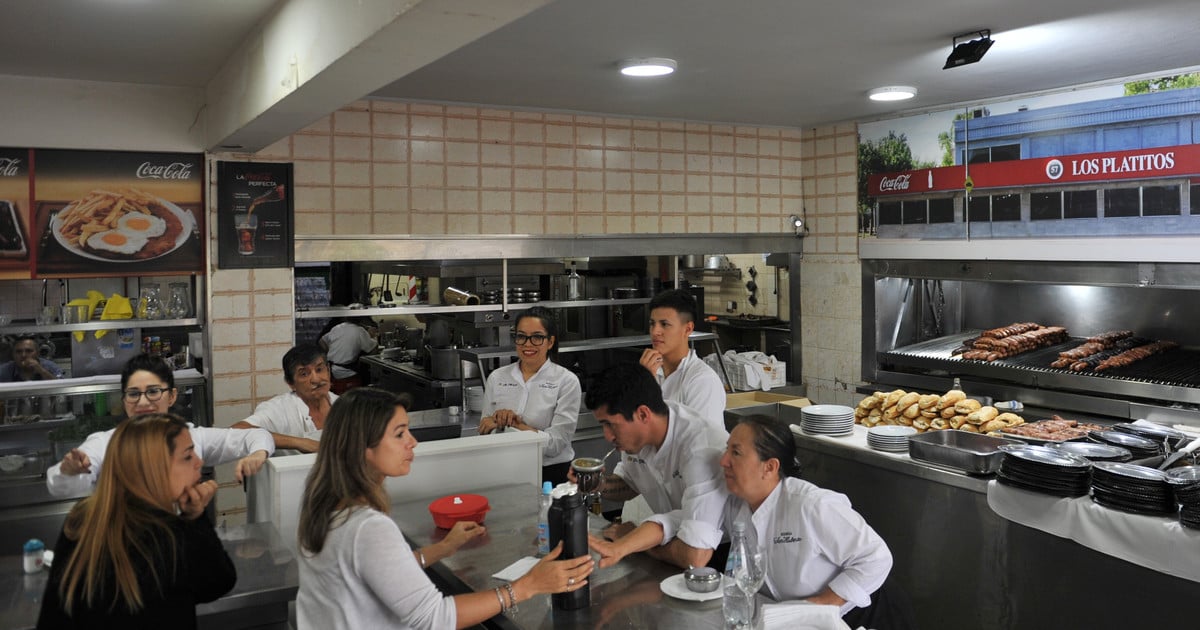 Proud, the Peronists, who resisted in the macris, the implacable purist thing introduced by Chief of Staff Marcos Peña, after Mauricio Macri came to power, they prepared a welcome to any orchestra of Miguel Angel Pichetto,

The Senate is treated this afternoon with a lunch in Los Platitos, Macri's favorite grill and in the next few days they will give you a gift that many leaders use to ratify their dual belongings: a picture with the photo of the head of state was taken with the first monument to Juan Domingo Perón in the Federal Capital, inaugurated under his leadership in 2015.

The idea came from Buenos Aires Security Minister Cristian Ritondo and Deputy Head of the Buenos Aires Government Diego Santilli responsible for organizing the meeting in the restaurant at Costanera.

From Monday to Friday in the morning.

The image was sent to only Macri was confirmed to Pichetto as his vice. "Between Monday and Tuesday they will send him to their office in the Senate", they trusted Ritondo, who a few days ago in the meeting with the radicals received full support from his boss, Buenos Aires Governor Vidal; and even by Peña herself, to arrange the Deputy Chamber since December. Everything about Macri being re-elected, of course.

In the case of lunch, the only condition agreed in a WhatsApp chat was specifically created for the moment " that everyone who comes is Peronist". It was a requirement that one of the diners suggested avoiding interference.

From the nation, the interior minister, Rogelio Frigerio arrived on the plane this Friday morning in Misiones after the meeting with Governor Hugo Passalacqua; and be present. He was accompanied by his substitute Sebastián García de Luca.

By City In addition to Santilli, the city minister's departure is Bruno Screnci who was responsible for reserving the place.

María Eugenia Vidal, who has a half cabinet consisting of peronists, has several swords on the table along with Ritondo: ministers Gustavo Ferrari (justice), Santiago López Medrano (development) and Joaquín de la Torre (government) . Meanwhile, Staff Manager Federico Salvai welcomed and tried some achuras but warned that his steps will be fleeting, as he already had a commitment previously withdrawn.

The owner of the Chamber of Deputies, Emilio Monzó Perhaps the most urgent driver of political openness decided to print Macri to his leadership, confirmed help as soon as he arrived. For his excellent personal relationship with Pichetto and the parliamentary work he woven with the Vice Presidential candidate, his departure to the embassy in Spain today is in doubt. "It would be a contradictory signal to speak of openness and that the one who asked for an opening to leave," they explain in the all-new "Together for Change". After entering the lunch, consulted by journalists, Monzó confirmed that, as reported by Clarin a few days ago, the government noted that he kept him and could turn his decision: "I think," he said.

The Rionegrino senator was not sent in front of Macri on the subject, but they discount that his intention is that it follows. In fact, this dinner was already made publicly explicit: "I have always valued Monzó, he is a friend and a very important asset to the government. But that is a decision by Emilio," he promised in front of the cameras.

And more: its closest leader is already working with the Ecuadorian adviser Jaime Duran Barba to shape the landing in the "Together for the Change" of Pejotist reinforcements. This is not a small issue, because even after talking about 70's peronist errors, Macri must also adjust his speech and strategy for the campaign.

Together with Monzó, other congressional leaders, such as deputies Eduardo Amadeo and Daniel Lipovetzky, joined; and also the mayor of Quilmes, Martiniano Molina.