Breaking News
Home / Business / Is the monetary issue out of control?

Is the monetary issue out of control? 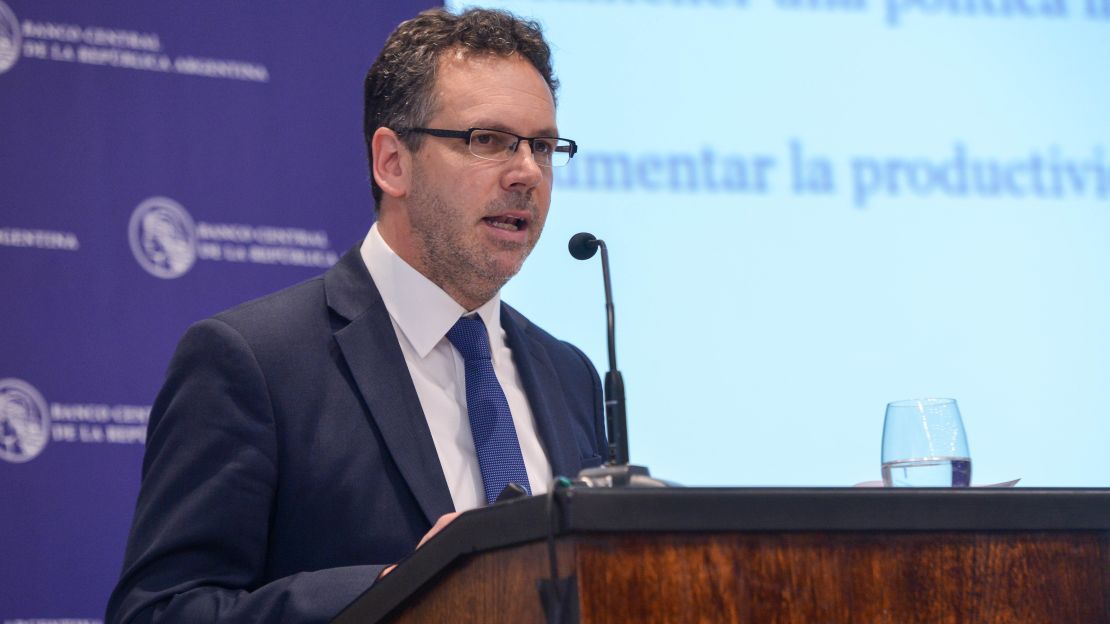 What previously unthinkable cost can take such a size to the edge of a government farewell? It is no more and no less than 2.5% of annual GDP, but less than a quarter. Therefore, where does this deficit come from and where does it go?

First, let's say that there will be no such issue. This is an authorization for public spending for that amount, but not for issuing that amount. However, the issue raised by the issue increased when the reasons on which this budget extension is based were examined.

If read, they raise more doubt than certainty. For example: how can we now admit that the primary deficit is 2.7% of GDP? Wasn't there even talk of a primary deficit of just 1

% of GDP until a few days ago? Therefore, it is understandable that the impression that all restless analysts can leave is that they are facing a situation where it is necessary to oil ticket printing machines as a new era in the rate of uncontrolled wallpaper is beginning with "colorful animal figures" in the style of entrance tickets to zoo. However, this is not the case.

It happens that money is a fungible property: budget lines can be created for a specific purpose, but still the bills do not leave the coins with a seal that says "Used for payment of pensions" or "Used for payment of Leliq's interests" No. Tickets can be used, they can even be issued by one window and interrupted at the same time by another.

To give an example, the most comprehensive of all: against what previously believed stopped months ago The IMF disbursed funds this year made exclusively to the Treasury, which is why the Treasury was sitting in dollars for which it had no currencies or pesos to buy them.

The IMF then approved a $ 7,200 million item that had been paid out to the Central Bank. 2018 for accumulation of reserves, these funds can be used by the Treasury at the end of 2019. But … with what pesos does the treasury buy them from the central bank? Well, with pesos issued by the central bank for the specific purpose. But it is weights that are released and sterilized (reabsorbed) at the same time. As soon as the Treasury receives them, they are returned to the central bank in exchange for dollars to pay off debt, so there is no monetary effect, but rather a fall in the reserves. More than half of the full extension of the state of expenditure comes from this monetary neutral practice.

The rest also has no monetary effect if it is taken into account that it will not be financed with banknote printing but where, or it will – as is the case – with a reorganization of public budget lines on the one hand and with a reduction in public deposits in banks on the other hand. Therefore, the authorization to increase public spending by $ 400,000 million is nothing more than a big wash, a great account of what actually happened in 2019. Nothing new under the sun on this page.

Uncertain disqualification of Leliq: recently, the central bank decided to eliminate the provision that banks had to make part of the reserve deposits – not less than 10 percentage points – with Leliq. One can ask – and the question can last longer than "1001 nights" without an acceptable answer – why the central bank paid succulent banks interest for money that the banks got …. pay zero – yes, zero – to the people!

You could very well say that this is another of the masterpieces of terror, the endless series of episodes of economic abuse by this government, but … In this case, there is a very uncomfortable "but" that opens up all kinds of suspicions.

Is it meant that we think that the boys in the central bank have eaten breakfast only weeks and alone, without anyone telling them, because months and months have given large funds to banks for deposits that banks get for free? How's the thing? They woke up one day and said, "Wait a minute, why are we paying the money to the banks at 266 Reconquista Street? Hummm. How was the story that Sandleris wanted to keep since December 10? It would be necessary to be in the neck to think about

But when we go to what we find in this note, the truth is that this reduction in fit that has to be done with Leliq – which effectively affects downward in the stock itself – has no monetary effect, as it is compensated by more unpaid reserve requirements than banks should, some of which have already been said in the financial field.

But Leliq's sharp decline does not come there. There has recently been a large reduction in the stock of Leliq and passive passports, which today is barely reaching 1.1 trillion pesos when they were 1.4 trillion months ago, the difference is very significant given that they fell in dollars a lot more: from $ 31,000 million to only 17,000 million dollars is due to the rise in the dollar in recent months. But it was not because of the central bank's new norm.

The great difference – the greatest proportion – of the loss of this danger that Leliq still persists is due to something as old as money itself: the existence of the power of seigniorage. It happens that there is high inflation in Argentina. People then need more pesos in circulation to buy the same things.

Since the central bank has dealt with a zero discharge pattern (now, almost zero discharge), banks must cancel Leliq to give people the pesos they withdraw from banks to buy. If inflation continues and emissions are low, it could very well continue to occur, and not to mention the economy is reactivated just because "transactional demand" from the pesos would force more reductions in Leliq to buy and sell. Therefore, the partial disarmament taken from Leliq is far from worrying. BCRA's monetary liabilities remain unchanged. Finally:

The alleged fiscal expansionary policy of the new government: this, which many people think of the market is a pure hypothesis without a firm real basis, at least so far. It is not known who will be the new minister and these hypotheses are already open. It is not very meaningful to explore this possibility today.

Especially when a possible increase in public wages and pensions can be financed by increasing real incomes, or even by reducing other types of expenditure – e.g. He has said – the interests of Leliq, which is pure deficit even though the government that leaves never perceived it. But of course this would be much easier and more convenient to do in connection with a good stabilization and reactivation plan than in the middle of a gradualism. But it is flour from another bag.

In summary, it is concluded that there are currently no indications of any disturbing "rain of colorful animal figures." Of no monetary lack of control … of course, more than usual.

we speak english – we travel inland

Blue dollar today: how much is it trading on Thursday 9 July

Attention: BMW and Jaguar are auctioned online for official dollars