Breaking News
Home / Argentina / In early May, it will be known which woman will be the province's first cortista | Diary of Cuyo

In early May, it will be known which woman will be the province's first cortista | Diary of Cuyo 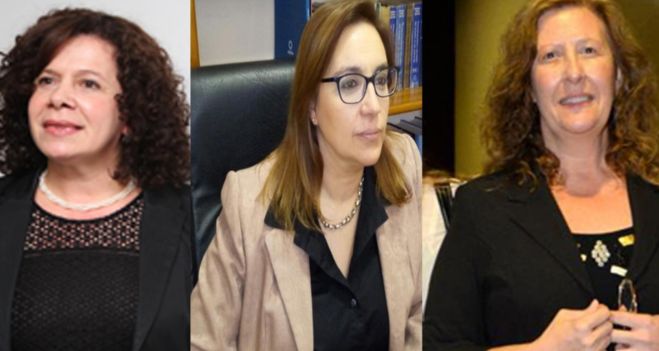 At a meeting that extended more than expected, the magistrate's council decided last night the list of the next judge of the court. It is the first time in the province's history that integrates three women: Adriana García Nieto, Celia Maldonado and Adriana Tettamanti. With the election defined, the list will go into the alternate chamber on Thursday and legislators are expected to choose the first woman to be the supreme court in early May, "said Marcela Monti, chairman of the Legal Committee's Legal Committee.

The presence of a woman at the top of the judiciary was demand from many sectors. Even governor Sergio Uñac had said it was good for a woman to integrate the court, like ministers like Guillermo De Sanctis and Adolfo Caballero.

According to the advisers, García Nieto, currently a legal adviser to the government, received 5 votes, the same amount as the litigant Maldonado. While Tettamanti, Head of the Comprehensive Administrative Court, had three accesses from the court's representative, the ministerial government and a member of the alternate chamber. In that case, the lawyer's two voices for a colleague, Fernando Castro, failed to be ternado. In the case of Tettamanti, its participation in the end is not new because it, along with Jorge Alvo and De Sanctis, had integrated the short list of compensation for Carlos Balaguer, the competition in which the ex-state prosecutor was chosen. On the other hand, Maldonado had formed the trio that contested the public prosecutor's position, where Jorge Alvo was finally elected. García Nieto is thus debating in a decisive case (see profiles).

The list also has a different feature: This is the first time the five members of the Council founded their vote. Both Caballero adviser and Prime Minister Emilio Baistrocchi and Vice Marcela Monti left reflected in the minutes why they were prone to the postulants. The representatives of the lawyers Fabiana Nicosia and Marcelo Navas had already done so in the previous meetings and yesterday they repeated the mechanism.

This is an important change because the decisions taken by the first three members were not previously published. Innovation is a precedent, as it is according to the ukaquista official "it is likely that this mechanism will be adopted from now on for all the shortcomings the Council has to define."

The vote is based on the Advisers was a claim that had been raised by the law forum, which came in a more powerful way in recent months. As explained by Nicosia, "the other members of the Council fully understood the need to vote and not oppose."

The election process was long because it took almost three hours. All Council members stated that the delay occurred because there were different positions in the tenders, how it would be formed and the reason given by each.

The contest had begun in February after leaving its debit Juan Carlos Caballero Vidal, who resigned in Jaqueado before a request for impeachment by federal judge Leopoldo Rago Gallo, who investigates him for his alleged commitment to crimes against humanity. For the position, 28 candidates were presented, both disputes, judges, judges, defenders and prosecutors. Before the interviews started, three professionals dropped so that only 25 remained.

On the other hand, it is expected that within a few months there will be another leave in the court after Adolfo Caballero refused his charge for the benefit of retirement (see box).

is 52 years old. He graduated from the Catholic University of Cuyo and practiced the profession in a private and public way. She has a diploma in criminology with sexual orientation and another in open government. In 2012 she was appointed Head of the Comprehensive Administrative Court.

She was a legal adviser to the local INV delegation and worked in the Legal Affairs Division at the Office's headquarters. She also served as advisor to the province for industry and commerce. He was the Head of the Summaries and Intervener of Legal Affairs in the UNSJ. In the Catholic Church of Cuyo, she was a professor in the form of constitutional law through 2013.

She assures she did not participate in any political power

He is 45 years old and almost 18 years ago, he graduated from the Catholic University of Cuyo entitled Lawyer. He practiced the profession that deals with questions about families and minors. She is currently a legal adviser to the government, a position she approved in December 2015. Prior to that she had been a member of the State Legal Advisory Service and from 2012 to 2015 she was Deputy Secretary-General of the Government. He also fulfilled teaching duties in the Civil Law II Chair, General and Legal Ethics at the Catholic University of Cuyo. She holds a diploma in ethics and leadership, a specialization in family mediation and a doctorate in procedural law.

She is affiliated with PJ and today she is a power of attorney for this power.

Fabián Gutierrez’s crime: Alberto Fernández was silent and in the government they say it is “a police case”

Everything in the family: daughter of Alicia Kirchner is the prosecutor investigating Cristina’s former secretary’s death