Breaking News
Home / Argentina / Graduated with the best average, who was the fighter pilot who died when the air force plane crashed

Graduated with the best average, who was the fighter pilot who died when the air force plane crashed 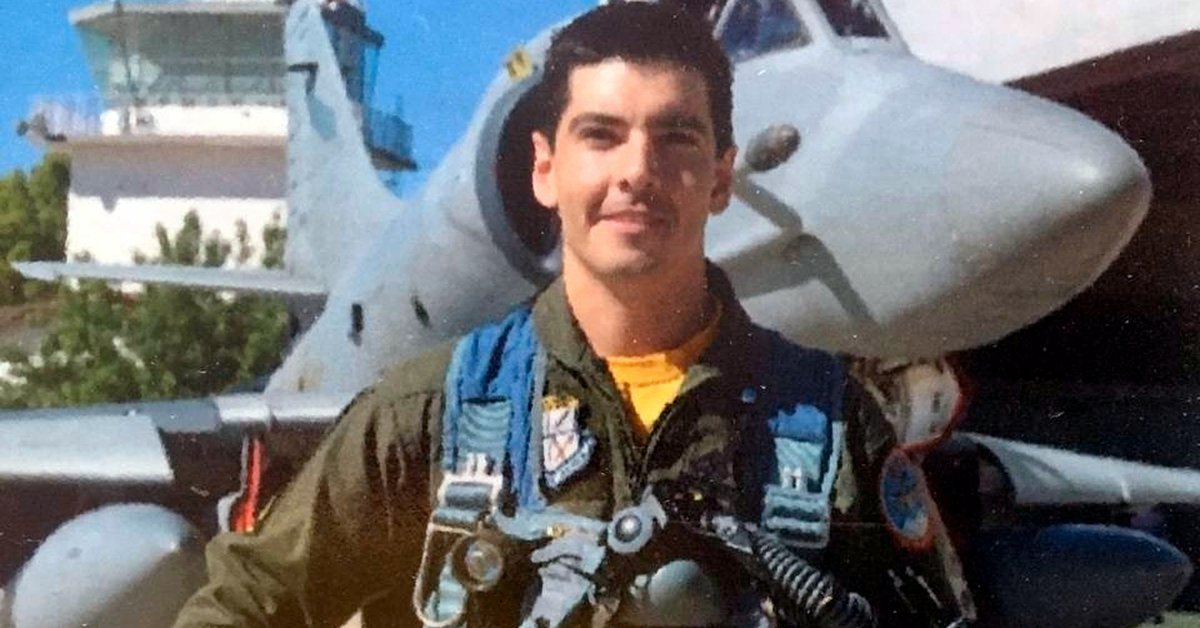 Gonzalo Fabían Britos Venturini, the air force pilot who died yesterday in an accident after performing an ejection maneuver on board a fighter bomber, had a degree with “The best average”.

The plane he was piloting crashed Wednesday morning in the southern province of Córdoba after taking off from the town of Villa Reynolds, San Luis. Britos Venturini had reported failures during a shooting exercise aboard one of the last operational A-4AR Fightinghawks owned by the armed forces. The 34-year-old managed to get out before the impact, but did not survive.

After his death, the Argentine Air Force marked the captain and through his social networks examined his career marked by “professionalism” and “experience”, which led to him graduating with the best average.

“Throughout his career, this young hawk was noted for his great professionalism and experience and was recognized with the best overall degree average from the Joint Basic Course of Military Aviators and the Procedures Standardization Course for Hunting Aviators.”sa de.

In 2010, the young man from Paraná Military Aviation School was assigned as a CBCAM student and later served at Morón Military Air Base, as a squadron officer.

Between 2012 and 2013 he had CEPAC and the following year he served as the A4-AR Fightinghawk and Cessna 182 Squadron officer in the V Air Brigade. Years later, in 2016, he served as troop commander of the Tucano Operational Squadron at the Military Aviation School.

He was then re-assigned as a squadron officer in the V Air Brigade.

This Wednesday, the Air Force confirmed that Britos Venturini was found “lifeless near the ejection site, by search and rescue personnel from the 5th Air Brigade” who arrived at the scene immediately after the accident.

“The Air Force deeply regrets the loss of one of its young Falcons, accompanying Mr. Captain’s family, at this difficult time“concluded the statement released by the FAA.

The aircraft Registration C-295, which belongs to V Villa Reynolds Air Brigade, crashed in a field in the countryside of Córdoba, on the border with the town of Puntana Justo Daract. First Lieutenant Britos Venturini flew in a well-known sector as “Campo la Primavera” by Villa Valeria, 50 kilometers from the starting point.

A team of experts and authorities from the air force locked themselves in the area and continue to investigate the causes of the accident. The aircraft was one of the last 5 combatants to be operational in Argentina. They are part of a fleet of 12 (now 11) A-4AR Fightinghawk, most of them low and unable to fly due to various technical problems.

Infobae He consulted with officials from the Armed Forces and officials in the defense area to shed light on the panorama of the conditions under which the national air defense system currently exists.

“The first thing we have to take into account when we talk about air functions is that during Malvina’s war more than 70 aircraft were lost and that after that, during these almost 40 years, about 100 were out of service due to deprogramming. or accidents during operations or exercises “, informed a brigade commander with command until recently, who nevertheless pointed out that there has been “incorporation and modernization of weapon systems; of C130 Hercules, modern Pampa III, Texan training aircraft, rotating wing systems (helicopters) and other transport aircraft have been incorporated. “

Yesterday, Defense Minister Agustín Rossi spoke about the accident in which the young pilot lost his life: “In this difficult and painful moment, I extend my condolences to the family, friends and comrades of Captain Gonzalo Britos Venturini of the Argentine Air Force. “