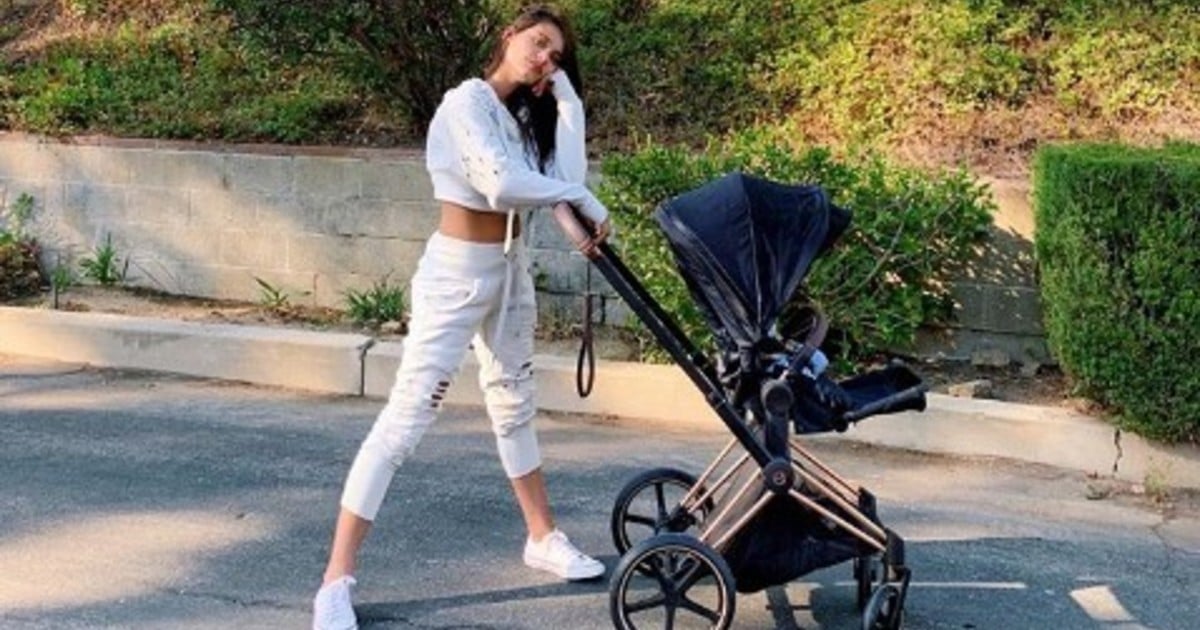 With almost two and a half million followers on his Instagram account, every publication by Eva de Dominici generates all kinds of controversy and opinions. And this time was no exception.

Twelve days after being the mother of Cairo, the result of his relationship with Eduardo brother of Penelope Cruz the model shared a picture in Han walking with a stroller, probably with his child inside.

This is the image that the brand new mom shared and opened up several conflict fronts: the pram's price, the child's absence, her flat stomach and whether or not she wore a belt. Photo: Instagram

"Let's go for a walk .. pi pi pi …." Eva wrote and threw on the surrounding brand, one of the most expensive in the world. Without going further, one of the controversies had to do with it: they questioned him that the price of that product ranges from 60,000 to 100,000 pesos in Argentina.

The second controversy was for the stomach and the weight of the model . In the picture, Eva was wearing a top shirt that showed off her flat abs, as if she hadn't been a mom just two weeks ago.

The model's thinness after being a mother raised many doubts about the reality of the photo. "It's old," some suggested. Photo: Instagram

The picture had almost 250 thousand likes and many comments about it. "Why do they not show reality so that others do not become depressed" wrote a follower and suggested that the picture was before birth. "I agree. It's not reality" added another.

Many for their part gave credit that the photo was real and gave examples of women who recovered their silhouette shortly after being mothers. Until another found another little gem: "JAJAJAJA detail, the child forgot" which showed that Cairo was not inside the stroller.

A follower discovered that the child was not in the stroller, and there was another discussion among the followers. Photo: Instagram

" It is not now this photo! Neither is the child . It is not necessary to show yourself this way you are always beautiful postpartum is also a very scene nice and respectful to travel, "complained another person. "Apart from the fact that he is a newborn, he cannot be in that position in the car" added a third.