Breaking News
Home / Business / Despite central sales, the dollar rises before the election

Despite central sales, the dollar rises before the election 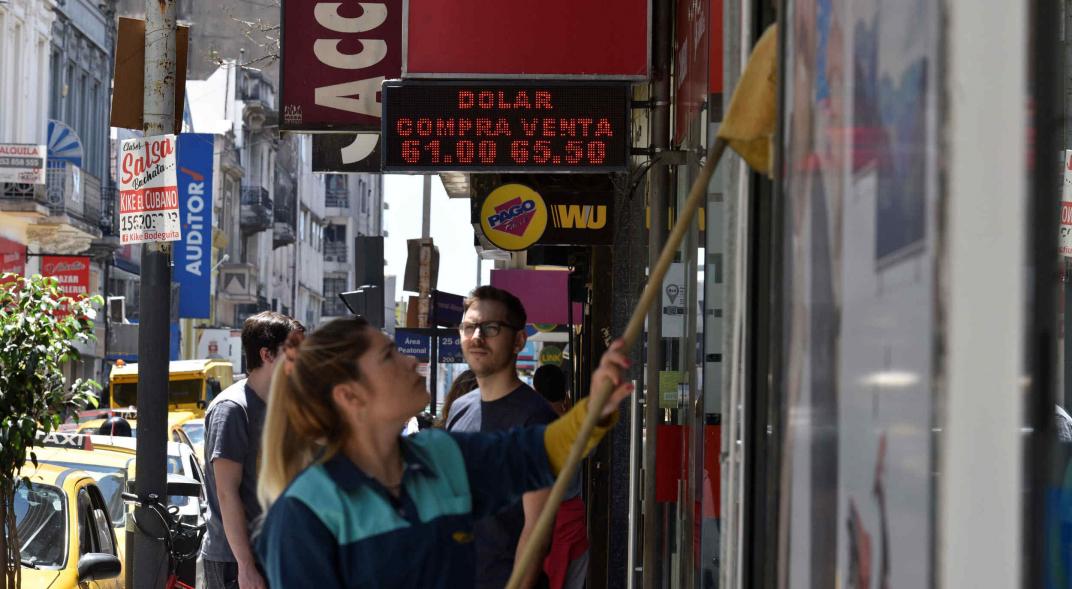 The price of the dollar rose again 27 cents yesterday, reaching 60.99 pesos in the banking average. The increase in sales of the Central Bank's 160 million was not enough to contain the price, nor did it over the past ten days. While the reserves are disappearing: they fell $ 563 million compared to Friday to 46,885 million.

Volume in the wholesale segment was $ 499 million, the highest of the month. Since the primary election, the central government disassociated itself from 4200 million to maintain the exchange rate to 60 pesos. And he accompanied it with a strong jump in interest rates, which went from 63% to 86% per year, even though it then dropped to 68%. This dual strategy no longer stops the bill, economists and financial operators agree.

Everything indicates that it will continue to rise until the elections. And the great uncertainty lies in what will happen from Monday 28, with the election results almost fixed. There are those who say that there will be another strong leap, while the government and opposition confirm that there are no reasons for this, as the market has already translated Paso's results into assets. No one, in any corner, is asked to put a price on the ticket.

In Rofex in Rosario yesterday, dollar contracts were negotiated at 65.40 pesos at the end of November and 74.95 pesos for December. In the electronic open market (MAE), there was no future business directly because no one wants to set a price.

While there were banks that yesterday sold tickets for 61

.50 pesos such as City, Patagonia and Mortgage and others that macro commercialized it for 62 pesos, at the informal site the exchange rate closed to 66.20 pesos for sale, which increased the gap by the official to 9.4%. But the most infamous was that the cash settlement (to get money from the country) went to 74.71 pesos, which stretched the gap to 22.5%. And against the wholesaler, the difference is already 27.7%.

For Norberto Sosa, head of Investing in the Stock Exchange (IEB), the rise in the dollar will continue. And he explains that this responds to the fact that there are fewer and fewer currencies in the country, private demand does not end and there are debt maturities that will require large disbursements. In September, payments for bonds and international organizations took 1,500 million. this month will be 1.9 billion and a similar sum in November; and by December 2,800 million must be paid.

It will be important, he said, that after the elections, the delayed payment of the IMF for $ 5.4 billion will quickly be unlocked.

For economist Juan Carlos De Pablo, everything will depend on what happens from Sunday evening onwards. If Alberto Fernández ratifies the victory and is elected president, the market will soon ask you to make your plan known and who will be your finance minister. Meanwhile, Hernán Lacunza, Guido Sandleris and Mauricio Macri will see what they do with the dollar. But he clarified: "The attack on reserves will increase."

For Agustín Monteverde, M&A and Associates, on Monday 28, much of the uncertainty will spread. It will be known if there is an elected president or if there will be a vote. The first of these scenarios would speed up the times. But "who wins" nothing will be easy, he said in the radio statement. “The economic, fiscal and financial situation is worrying about what wins. On the road, Argentina is almost running out of reserves, "he added.

The three economists agree that it would be irresponsible to risk a dollar price after the election. But due to the lack of currencies, everything indicates that the price will

The original the text of this article was published 10/22/2019 in our print edition.