Cornejo said that all controls on environmental impact are insured 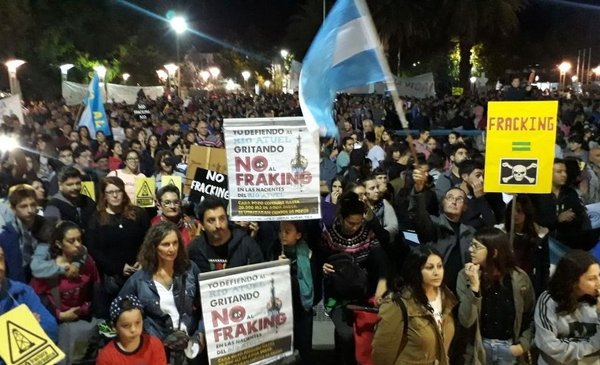 In the opening of the ordinary meetings in 2018, Governor Alfredo Cornejo pointed out in his speech on the leadership of the Honorary Mendoza legislature, the progress made in environmental issues. Fracking, San Martín General Park, Aconcagua Provincial Park, UNICIPIO, Ecoparque and Provincial Territorial Ordinance Plan were one of the most important highlights.

Descriptions of each region of government, Cornejo highlighted the progress made in the Ministry of Environment and Territorial Planning, emphasizing the following points:

"In the case of oil, Mendoza has significant conventional oil fields, but also has unconventional raw and heavy crude oil, which is one of the best in the country. Therefore, we have first worked on the rules governing the environmental assessment of the hydraulic stimulus process with different specialists and social actors, considering all studies and controls that companies must follow. The decree is aimed at to supplement a serious scientific environmental control with the development of oil activities. "

" This government proposes and is convinced that the vast majority of people in Mendoza want the harmony of development with care for the environment in the province. "

" We have offered oil fields after 10 years that did not s. These are areas recovered due to lack of investment from their former concessionaires. Now the contract is met here. "

"Today, we can show that Mendoza is running, it has an orientation towards the future, which in the digital revolution sees an opportunity that has defined the northern work of a cooperative economy that generates welfare economics, social development and environmental sustainability. "

" Just in environmental matters, in addition to what has already been said, we put into force the Ecoparque Act and begin with a plan for referrals for animals seeking their welfare, which is a very good result. "

" Through an agreement with the Architecture College, we launched a national competition "Master Plan Ideas and Pre-Projects" for the total conversion of Ecopark that already has a winner This project will provide value all ecosystems and conservation of the environment. "

" In view of the historical problem that our province has had in territorial disruption, we could, from this leadership, complete the approval of the Provincial Plan of Territorial Ordinance with the approval of more than 60 bodies forming the provincial council, which, in addition to articulate with all Mendoza district has already served as a tool for improving public policy for the entire metropolitan area. We continue to improve the services of protected areas "

In terms of tourism, Mendoza mobilized more than 3.5 million tourists in 2017, which represents an increase of 7% in demand compared to 2016," the governor concluded .