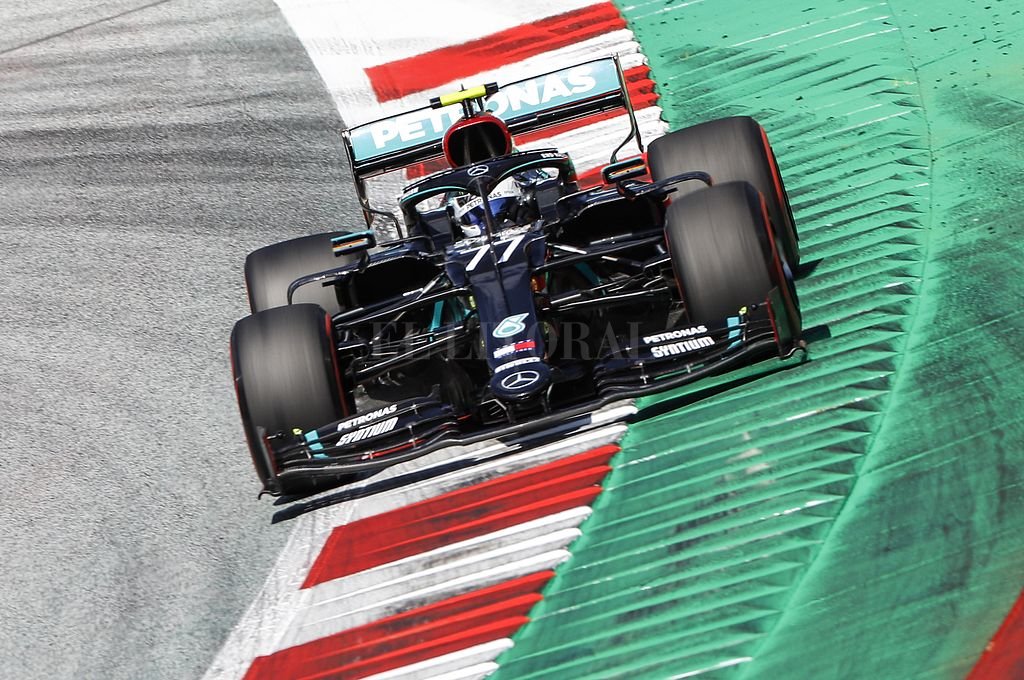 Finnish driver Valtteri Bottas, from the Mercedes team, took over the pole position in the classification today and will start first in the Austrian Grand Prix tomorrow, a test with which the Formula 1

championship will end its inactivity for the coronavirus pandemic.

>>> This was the grid of the Austrian GGPP

Bottas had a time of 1: 02.939 and thus followed his teammate, the British Lewis Hamilton, the fastest in training on Friday, which set 1: 02.951 and starts from second place on the Red Bull Ring racetrack Austrian city of Spielberg.

“I missed this feeling. I have been preparing for this moment for a long time. The team has been incredible, I am impressed,” Bottas told the official F1 website.

Hamilton, the second Mercedes driver and current three-time Formula One champion, congratulated his teammate on the “pole” which allows him to be first on the starting grid.

For their part, German Sebastian Vettel (four-time champion in F1) was not among the top ten in the standings and will start from eleventh place.

With a preliminary schedule that includes only eight confirmed competitions, Formula 1 International will have its first chapter of the 2020 season tomorrow in Spielberg, behind closed doors and with strict safety protocols. 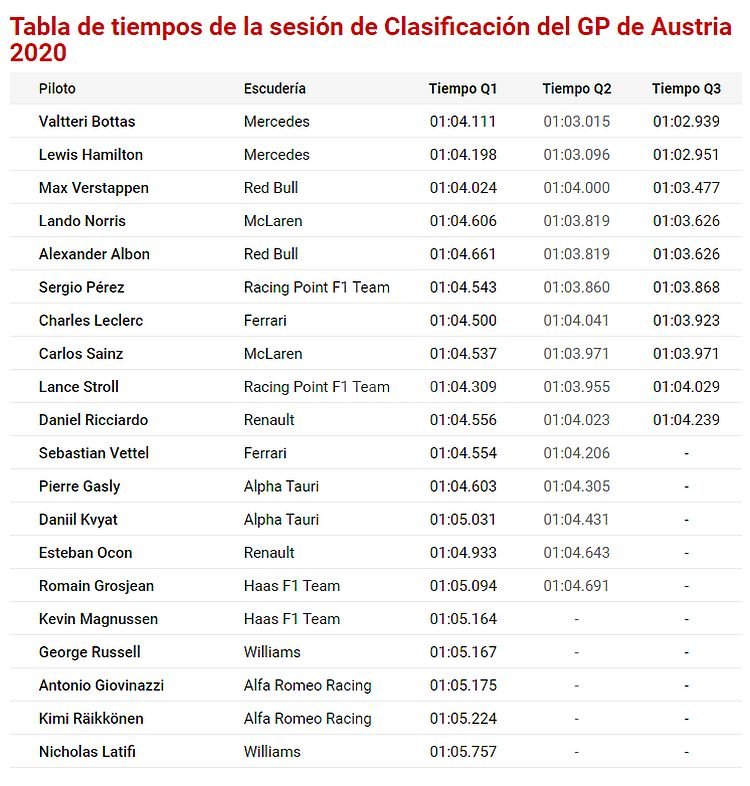 With information from Telam

Conmebol’s greeting to Argentine football for returning to training

In Boca, they see the future of the Copa Libertadores with doubt

Riquelme loses one of his most important men in Boca Juniors: the reason