Breaking News
Home / World / Bolivia, without government: what are the steps to follow after the departure of all authorities and the chaos released on the streets 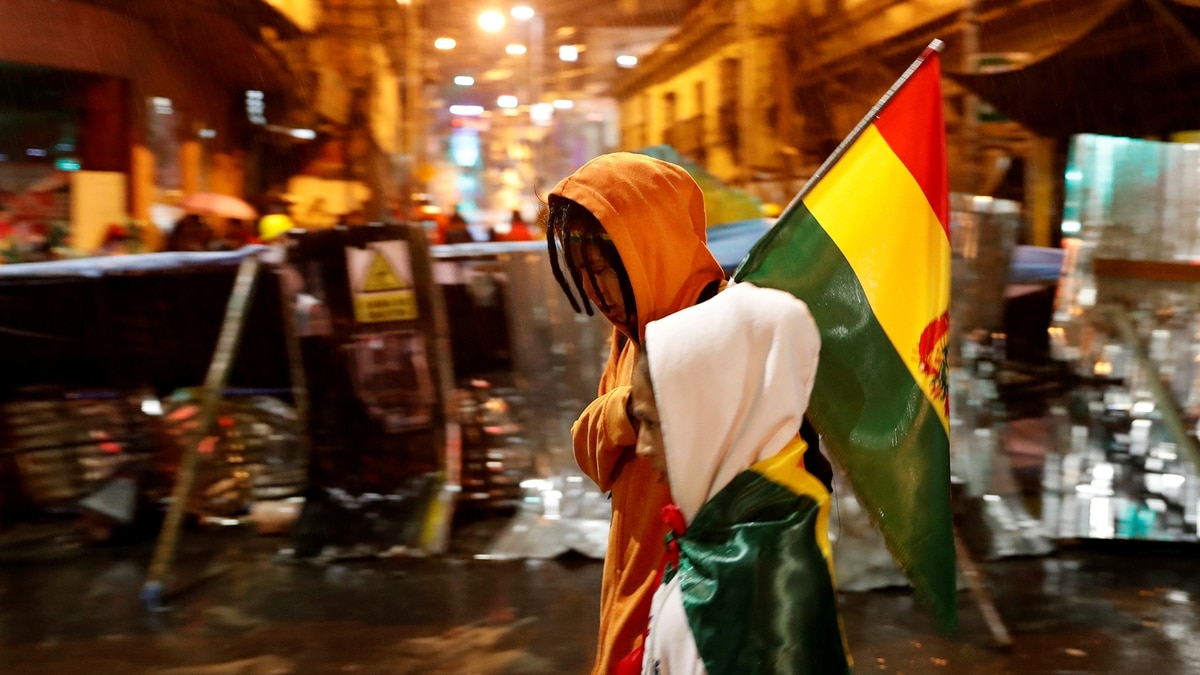 The bicameral Bolivia's legislative assembly seems to be called to resolve the acefalia in which the country has been thrown after the resignation of President, Evo Morales, and whom he should have succeeded in his post, Vice President Álvaro García Linera.

Article 169 of the new Constitution of 2009 provides that "in the event of obstacles or permanent absence" by the President "he will be replaced in office" by the Vice President, and in the absence thereof, by the President of the Senate, and in absentia. of this by the Chamber of Deputies. "In the latter case, new elections will be called within a maximum period of ninety days," the text adds.

However, there is a fact that both Senate President Adriana Salvatierra and President of the Chamber of Deputies, Víctor Borda, are part of the many leaders of Morales Movement to Socialism (MAS) who have left after the latest events in the country.

When asked about who will succeed her in office and therefore could chair the country, Salvatierra said on Sunday that it will be up to the Legislative Assembly to draw up "a directive, taking into account that the departure of the presidency does not necessarily mean a consequence in direct line to the vice presidency, but that a session must be held and from there get a new presidency in the senate. "

In statements to the newspaper" El Debe ", expert Onalista José Antonio Rivera emphasized that each of the two chambers of the legislative assembly has a board consisting of two presidents and secretaries, so that they can also assume the president of the state. .

" If it ends, it goes to the chamber and so on, " added the expert, who believes that surely some of the 166 parliamentarians will be encouraged to take over the leadership of the state and call elections within 90 days, as provided for in the constitution.

In this regard, Senate Vice President, Jeanine Añez, and He has shown his willingness to take assumes the task of running the country under current circumstances. Añez is a member of the Democratic Unit (UD) opposition unit headed by Santa Cruz Governor Rubén Costas.

"It would be my responsibility to take this challenge with the end "The purpose is to demand new elections, calm the country and return to normalcy," the opposition sensor said in statements to a local chain on Sunday.

In any case, she recalled that the first thing to do is to convene an additional meeting of the Legislative Assembly to accept the departures of Morales and García Linera. "I hope we have a resolution, because MAS has two-thirds in the ward," he said. According to Añez, the call may be on Monday.

He also expressed his intention to arrive at La Paz on Monday, as he lives in Trinidad, Beni, and there are some problems with the flights. "If I could, I went on the first flight, but here there are not many conditions," he said.

The Senate's second vice president defended that "the constitutional end is the way to calm the country," something she deemed "urgent." "That's what the people demand and so we have to follow (…) things have to be done quickly," he said.

Is a second way possible?

However, there may also be another way of appointing the new president. According to the newspaper "La Razón", analyst Marcelo Silva, leader and political actors could define a consensus government far from the president's legacy recognized in the constitution.

In this regard, Santa Cruz Citizens' Committee leader, Luis Fernando Camacho, who, during the past week, has been essentially tasked with rejecting a new Morales mandate and leading the protests against him, has demanded two more days of unemployment urged by the opposition following the announcement of the president's victory in the first round.

"I know we want to cancel the strike, but now we must have a definite date for the new process and clearly a transitional government. If we raise it now, Congress can do something, "he said late in a message to his supporters, expressing his suspicions about the planned process.

For his part, Morale's main rival in the presidential election, former President Carlos Mesa, has supported the constitutional succession process, even though he has made it clear that no member of the MAS can occupy the presidency.

After celebrating Morale's departure and "end of tyranny," he said that one could choose to succeed "any legislative assembly other than the MAS."

With information from Europe Press

Cayó Evo Morales: the most popular and popular final