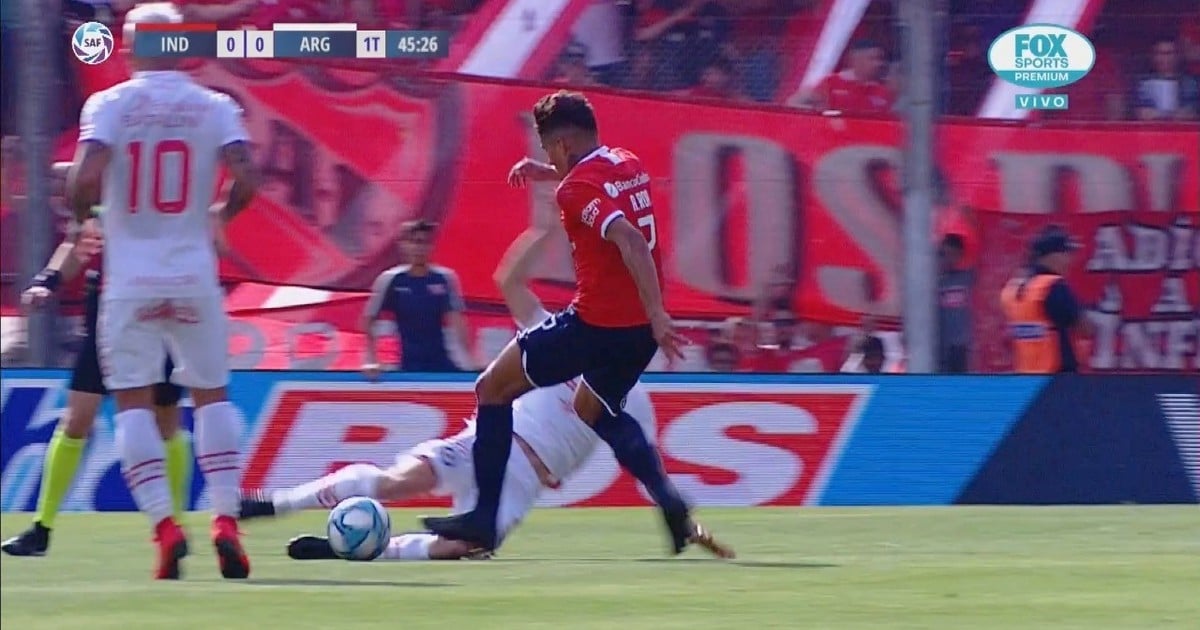 It was a very complicated first half for Independiente in the Liberators of America. On the tenth date, Avellaneda's team could not catch their best game against Argentinos and to fill it, he had to deal with an arbitrary error that left him with ten men in 44 minutes of the first half: Andrés Roa struggled for a ball and according to the referee left he sole in tibia to Mac Allister, which resulted in the expulsion of the Colombian. However, the game deserved warning: the contact is not as important as the red one.

Coach Beccacece waited until half time to claim Lamolina. He did so in the midst of the fans of the fans, who thus showed their irritation over the team's loose PT.

RED TO ROA, PROTESTS AND WHISTLES: