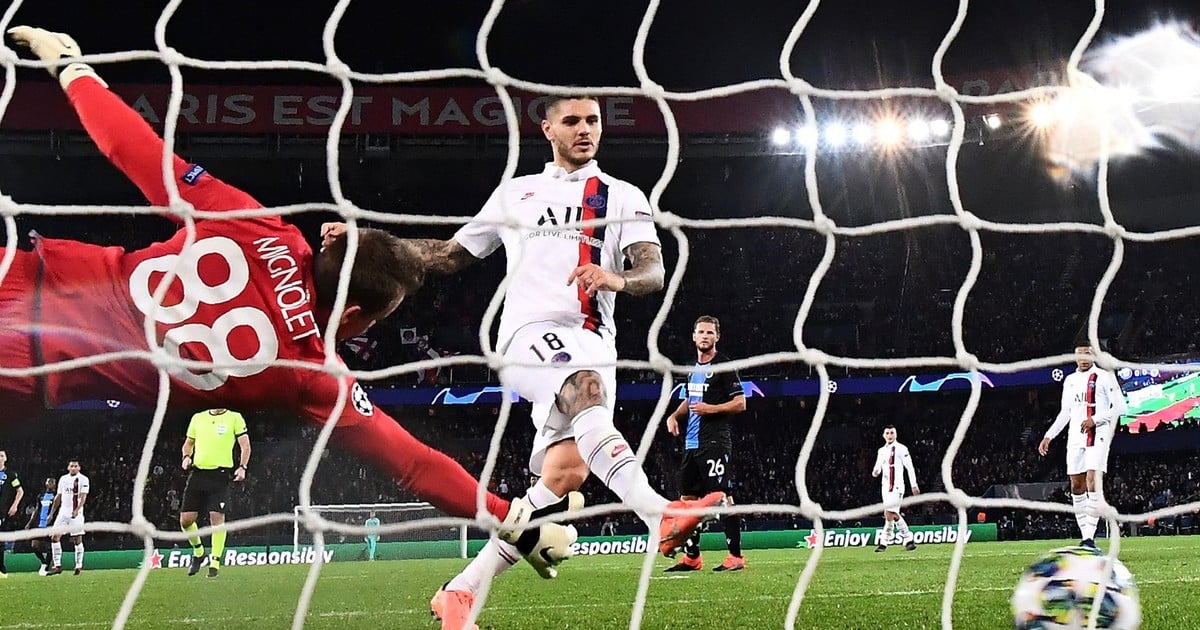 It was a master day with smiles for Argentine footballers and a grimace of departure for a coach from our country. Mauro Icardi and Giovanni Lo Celso left their mark with the PSG and Tottenham jerseys, which were introduced against Brugge and Red Star. Diego Simeone on the other hand suffered an unexpected defeat against Bayer Leverkusen.

PSG's big debt in recent years, with superiority at the local level, is to win the Champions League. And he suffered various frustrations during the previous seasons. That is why he is now undergoing the great retribution. In that sense he took a first step: he qualified for the round of 16. With a goal from Icardi, he beat Brugge 1

to 0. Angel Di María was also a starter.

They were 21 minutes of the first half when Rosario used a ball in the small area and, with a painting nose, he scored the night's only goal. It was the fourth goal of Icardi in this Champions League and the eighth in the season with the Parisian team.

PSG thus leads Group A with 12 points, followed by Real Madrid with 7. On the next date, the merengue he receives Icardi and companies.

Mauricio Pochettino's team prevailed in Belgrade and Lo Celso premiered on the network. In addition, there was a double by Korean son Heung-Min and a goal by Danish Christian Eriksen to take another step toward qualifying for the knockout stages of the continental tournament.

The victory leaves Spurs in the second position of the group. B with 7 points, 5 from Bayern Munich, who beat Olympiacos 2-0.

It was not a good night for Simeone. In a terrible Spanish speech, Thomas Partey scored and Kevin Volland scored the German goals. Finally, Álvaro Morata scored for Atleti when the locals already played in numerical inferiority for the expulsion of no Amiri.

This defeat made it difficult for the first time in Group D for the mattresses. Especially after Juventus' victory (2-1) in Moscow against Lokomotiv, which qualified the Italians to the round of 16.

"We must grow. Obviously, the first responsible, absolutely, is me, because the first motivation for the games is the coach. Obviously we need to improve to get deeper, says Cholo.