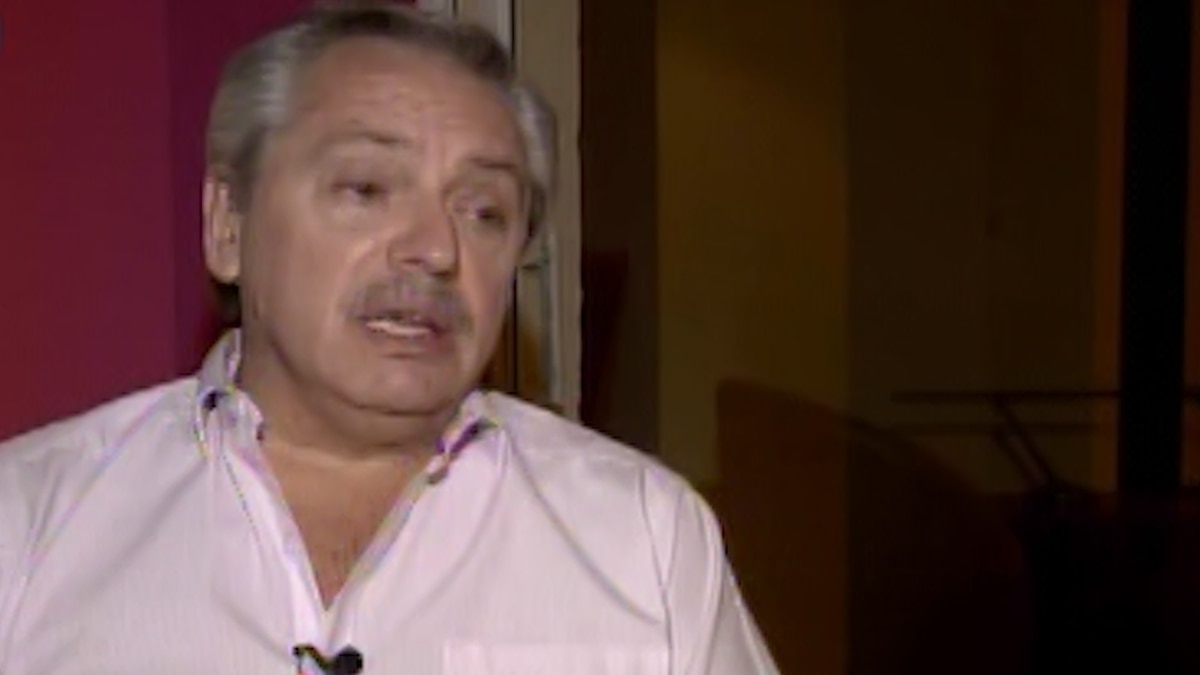 Alberto Fernández completed his tour of Mexico on his first trip as president-elect. After meeting with President Andrés Manuel López Obrador and having lunch with one of Donald Trump's main advisers in the region, he analyzed that the International Monetary Fund "must take the responsibility it had" in the crisis that Argentina is going through. "I want him to review what he did and help us pay," Fernández said.

Moments later, the Indec report, which reflected the scale of the recession in the country, repeated with medium-term falls in construction (8.5%) and industry (5.1

%), and used it as a platform to question the chief of staff, Marcos Peña for the report on the state of the most important macroeconomic variables published this week.

The first statements of the elected president were made in dialogue with TN. There, Fernández described his trip to Mexico as "very positive" because "its economy is one of the most important in Latin America." In that sense, he emphasized López Obrador: "We have a lot in common, that the imaginary axis connecting Argentina to Mexico must serve a region that thinks about things" expressed in relation to the events experienced in Chile and Ecuador.

Consulted by the lunch he shared with Mauricio Claver Trump's chief adviser, declared that "brilliant." "I expressed my desire to work together even though we have a difference. I think President Trump's call and his offer to help us with the fund are very important. "In this regard, Fernández revealed that the US president" had confusing data and explained the responsibility the IMF had in this situation that Argentina is facing. "

"The fund must take on the responsibility he had, I want him to review what he did and help us pay. Our decision to pay is" said the elected president. "Macri failed to comply with the agreement when explaining re-filtration, the world took it as a selective failure. Thus, they are leaving us the country, "he accused the management of Cambiemos.

As for the transition to come, he asked for it to "calm down," but he expressed his contradiction in putting together work teams: "What should we talk about, what trainee do I have to call to call the secretary? they will tell me the truth they will have to name the employees who have made their way through the window and the high salaries of their advisers as they did the government through strange contests. "

Fernandez also referred to the role of journalism again and said:" Everyone has the right to say and write what he pleases, and everyone must take responsibility for what he said if He acted in bad faith. "Without stirring up the controversy, the president-elect declared: " I do not want to revive discussions, to be resolved of people. "

Shortly after the interview was transmitted, the future head of state made a publication on Twitter in which he referred to Indec's latest report on the decline The first fell 5.1% year-on-7.8% during the first nine months of the year, 17 months off as a result of contraction and the second 8.5%, with 13 consecutive months of recession.

In addition to highlighting the negative record, Fernández used the figures as a platform to ask Marcos Peña about the official report that defended the economy during the administration of Mauricio Macri. " Although Marcos Peña and his ineffective officials write absurd reports and present an Argentina that does not exist, every day that passes the reality discovers their lies. This is the country they leave us says the publication.

Fernández specifically referred to "The Legacy We Leave," a report on the most important macroeconomic variables published by Cabinet Headquarters this week. “By the end of 2019, the country is ready to grow. No magic, no lies, no fiction. Thanks to the efforts of the Argentines during all these years, we have reversed the inheritance in 2015 indicates, the introduction of the work that indicates although it is true that there are 2019 problems "and" that no one we have been able to meet the welfare improvements that we all long for "" states the starting point for 2020 is much healthier ".

Fernández had already criticized the report in another interview. he had read part of the report and said, "Even though they have ten minutes of government left, they must end the lie."