Breaking News
Home / Argentina / Agustín Rossi: “We are in a moment of hinges for our government; we must close the line behind the president.” 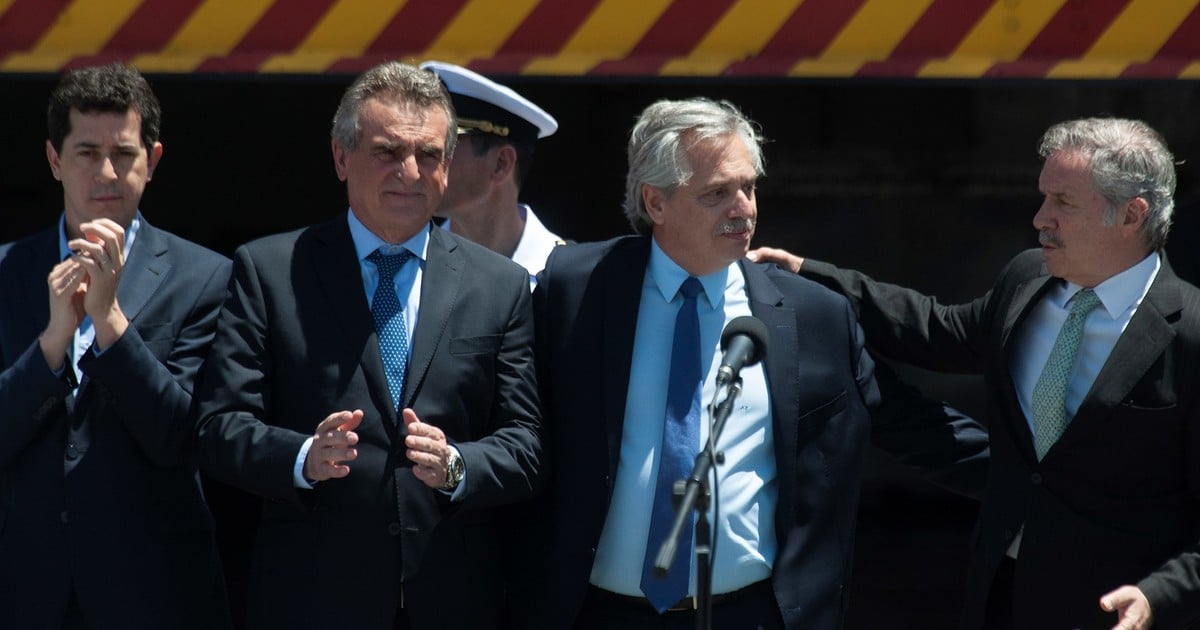 In the midst of the coronavirus pandemic crisis, Alberto Fernández faced one of the most feared ghosts this week: “the friendly fire.” Hebe De Bonafini’s strong criticism highlighted internal tensions in the government. And one of those who came out to ask for unity was Defense Minister Agustín Rossi.

El “Chivo”, a strong man of Kirchnerism, who was during the 12 years of the governments of Néstor Kirchner and Cristina Kirchner, was emphatic when he warned that Fernández must be “beaten”. And on Thursday, he ratified it.

“I think we are in a moment of hinges for our government, facing the most aggressive peak of the pandemic, in the final stretch of the debt negotiations, with a sector of the opposition that for a month now has been highly aggressive, virulent and using everything within reach to tear down the government. Our political space must close and tense behind the president̵

In statements to Continental radio, the ministers recalled that he met Néstor Kirchner in 2002 and that from there he had to go through “good and bad times”, but emphasized that “every time he had to face a difficult situation, he left with a strong unity and with a strong community between the political space and who always led it. “

“What can not happen in our political room is that the tree covers the forest. I understand that someone might like one member of the photo more than another“What can not happen to us is not knowing where we are going and what historical responsibility we have,” Rossi insisted, referring to criticism of the president’s meetings with business and opposition members.

In this regard, the minister set the context for the moment and scenario that Argentina is going through in the fight against the coronavirus that “deepens the economic problems”, which he explains, was inherited from the previous government. “What we need is clarity and separate the table from wheat and say where our government’s effort needs to be put,” he defined.

“We adopted on December 10 with an economic crisis; On March 1, the President of Congress described the axes of action for his government; on March 3, we had the first case of COVID; On March 9, the WHO declares the coronavirus a pandemic. We have ruled with COVID for more months than without it, “Rossi said of the difficulties for the Fernández government.

Rossi made it clear that he was not talking about “friendly fire” when referring to internal criticism, but reiterated “the need for these shades not to overshadow the whole, for the tree not to cover the forest.”

Similarly, the Minister of Defense stated: “Argentine society calls on us to perform well in the face of the pandemic and start the economic recovery, as there are already indicators that encourage us to continue. In these two axes we must put strength.”

“Our political power must be vaguely linked to the president behind his goals,” he stressed.

In another strong inward message, Rossi also assured that the reconstruction is “done with small, medium and even large companies”, citing criticism from certain business groups.

And in that context, he recalled: “The challenge is for Argentina to grow economically again. When a country grows economically, everyone does well. I used to say that Néstor and Cristina’s financial model were so virtuous that those who were with us did well and those who were against us as well. “

Finally, he spoke about the call for dialogue that the opposition has made, especially Together for Change, recalling that between 2017 and 2019 he was chairman of the main opposition blocs and clarified: “We were never invited to have a coffee at Casa Rosada”.

“In a seven-month lead, he has met on several occasions with all the blocs, he has a framework for permanent dialogue,” he concluded.

What are the cities returning to Phase 1 – Télam

Now in the province, they say they have “90 days of peace” before the health system collapses

Controversy over data loading: there are several weeks of delays in updating coronavirus deaths