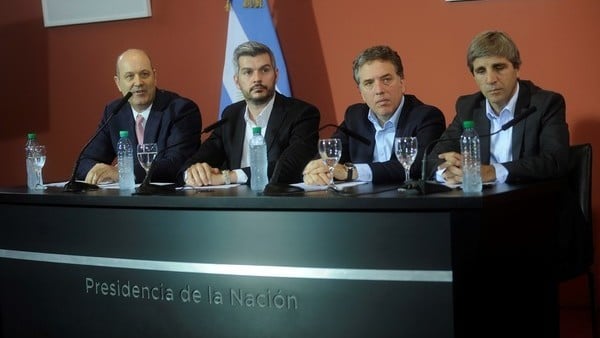 A report prepared by a private consultation estimated that inflation would accumulate almost 12% in the first half of 2018 and that it will begin to reflect a downward trend in the latter part of the year.

The consultant was measured on the inflation index in the first quarter of 2018 and estimated that inflation exceeded 6% which was in line with the previous year, with an increase in prices driven by the dollar increase Liberalization of the Fuel Market and Customs Adjustments Ecolatina said.

In the second quarter, inflation will remain stable compared to the same period in 2017, so that the price increase will move 12% in the first half.

As in the convertibility: it takes 6% of an average salary to pay the bill of light and gas
" during the period July December-December would return disinflation : the price increase should go from 11.5% in the last half to 8% in the second half of 2018. Therefore, inflation should be reduced only in the last part of the year "he added.

The Ecolatina report is in line with the estimates made by the economy, which estimate that inflation is only beginning to decelerate in the second half. And they agree that it will practically not reach the official target of 15%, as the year would end with an inflation rate of around 19% or 20%.

In January, the Consumer Price Index (IPC) rose 1.8% and accumulated an increase of 25% compared to the same month last year, according to the National Institute of Statistics and Censuses (INDEC).

The dollar, naphtha and inflation: it is inflationary strain in Argentina and China

As a result of this dynamic, inflation will surpass this year again 20% and "[the central bank will once again fail to meet its corrective objective which makes it impossible for monetary policy to be very relaxed, at least until 2019. "

The consultant pointed out that the driving forces for inflation will change with regard to 2017: to much of last year the dollar acted as an anchor at rising prices, this role in 2018 would be taken by wage increases.

Accordingly, the traded sectors were most affected by developments last year. In this scenario, we expect inflation to start the 20% floor in 2019 . Therefore, we have to wait until the end of the change period to achieve significant progress on the issue, "concludes the report.