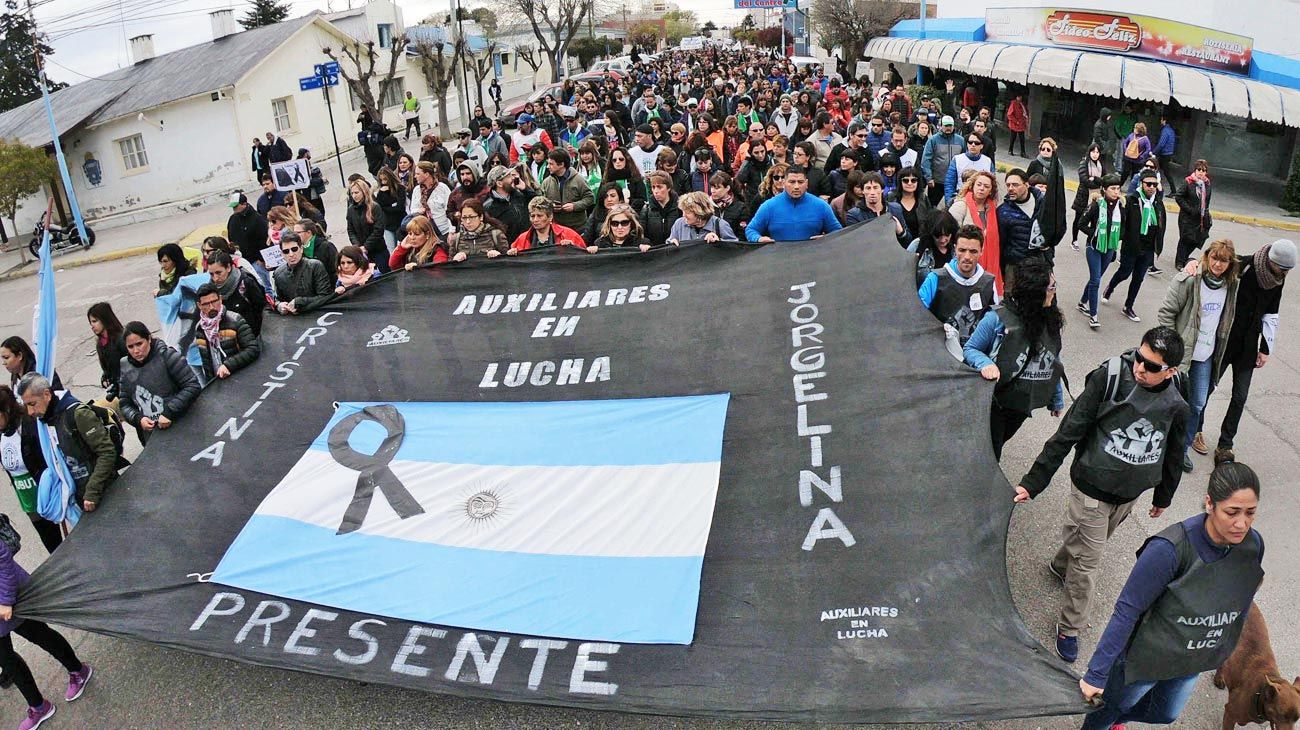 Justice intervened yesterday in the conflict that lives in the province of Chubut under the orders of the judge of the family of Rawson, Martin Alesi, to place into a resource of amparo that required the authorities to guarantee the education service. The magistrate decided to send the amparo to the central government and interpreted that it is the nation state that must guarantee it, the Télam agency reported yesterday.

In parallel, the teachers and state unions in Chubut are preparing to continue the open conflict with the government for the problems of payment of wages. As of Monday, they will enter their tenth week of protests with educational stoppages, parishes in public agencies and retaining their services in hospitals in the province.

This week, the protest actions were marked by the deaths of two education workers, Cristina Aguilar and Jorgelina Ruiz Díaz, for a traffic accident on Route 3 when they returned from a wage dispute protest. On Tuesday, the pain of this news came to information about a project to raise the salary of the provincial administration, by Governor Mariano Arcioni. The night ended with incidents in front of the provincial legislature, which was partially burned.

The national unions added their attachment to the provincial conflict. La Ctera on Thursday made the second strike in solidarity with the teachers of the province. While UDA did the same on Friday.

"It is a conflict that began in July, when it was announced that the bonus would not be paid on time and the signed joint agreement would not be fulfilled," explained ATE Chubut Secretary-General of the ATE Chubut, Guillermo Quiroga. The leader pointed out that, in addition to the problems due to the delay in the salary payment, there were major delays in the payment to medical providers of social work, which led to more problems.

This week, hospital workers are adding new campsites in front of health centers, while a permanent protest is being held in front of the legislature. Various sectors demanded the resignation of Governor Arcioni through a political trial. Throughout the week there were accusations crossed with the national government, which from the province accuses of restoring resources, while the national authorities impute all the blame to the governor.