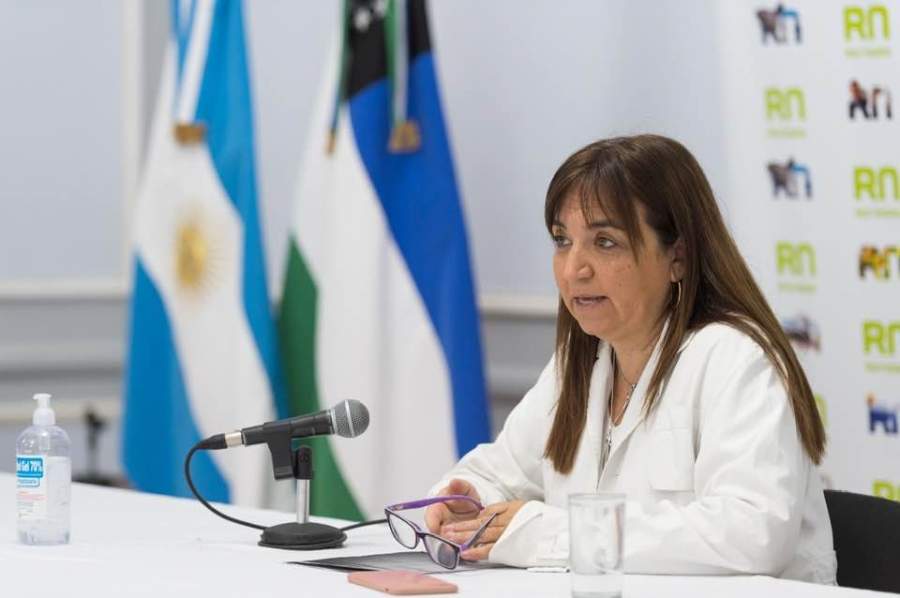 Government too Río Negro reported 25 new cases of coronavirus in the province: 1 in Allen, 5 in Bariloche, 3 in Cervantes, 3 in Huergo and 1

That day the Ministry of Health ruled out 88 possible cases by covid-19.

Currently, according to information provided by the province, There are 997 cases accumulated coronavirus since the onset of the pandemic: 193 active cases, 759 recovered and 45 died.

25 confirmed patients
A woman from Allen, five women from San Carlos de Bariloche, a woman and two men from Cervantes, two women and a man from Ingeniero Huergo and four women and nine men from General Roca.

88 patients were discarded
Two from Ingeniero Jacobacci, 21 from San Carlos de Bariloche, one from Viedma, one from Chichinales, 11 from Ingeniero Huergo, six from Villa Regina, two from Cervantes, nine from Allen, 28 from General Roca, five from Cipolletti, one from Cinco Saltos and one of Catriel.

193 assets
27 from San Carlos de Bariloche, 92 from General Roca, 5 from Cipolletti, 7 from Ingeniero Jacobacci, 21 from Ingeniero Huergo, 11 from Allen, 11 from Cervantes, 10 from Villa Regina, 3 from Cinco Saltos, 2 from Rio Colorado and 4 from Mainque.

45 deceased
9 from San Carlos de Bariloche, 9 from General Roca, 6 from Cipolletti, 8 from Choele Choel, 1 from Ingeniero Jacobacci, 1 from Ingeniero Huergo, 3 from Allen, 1 from Luis Beltrán, 2 from Dina Huapi, 1 from Cinco Saltos, 2 from Chimpay, 1 Comallo and 1 from San Antonio Oeste.

CLARIFICATION: The two patients from Río Colorado and one Allen woman registered who confirmed cases were reported in Buenos Aires.

* Today’s part records the modification of housing for an active patient who was in Cervantes, but it comes from General Roca. For this reason, a patient was discounted in Cervantes and added to Roca.

Air Force crash: the pilot managed to open the parachute, but does not avoid impact

They throw a firearm even though they found a weapon – Together