Breaking News
Home / Argentina / 12 years after shouting "Larrabure!" in front of Cristina Kirchner ordered justice to compensate the Navy captain who was thrown by his wife's statements – 11/02/2019

12 years after shouting "Larrabure!" in front of Cristina Kirchner ordered justice to compensate the Navy captain who was thrown by his wife's statements – 11/02/2019 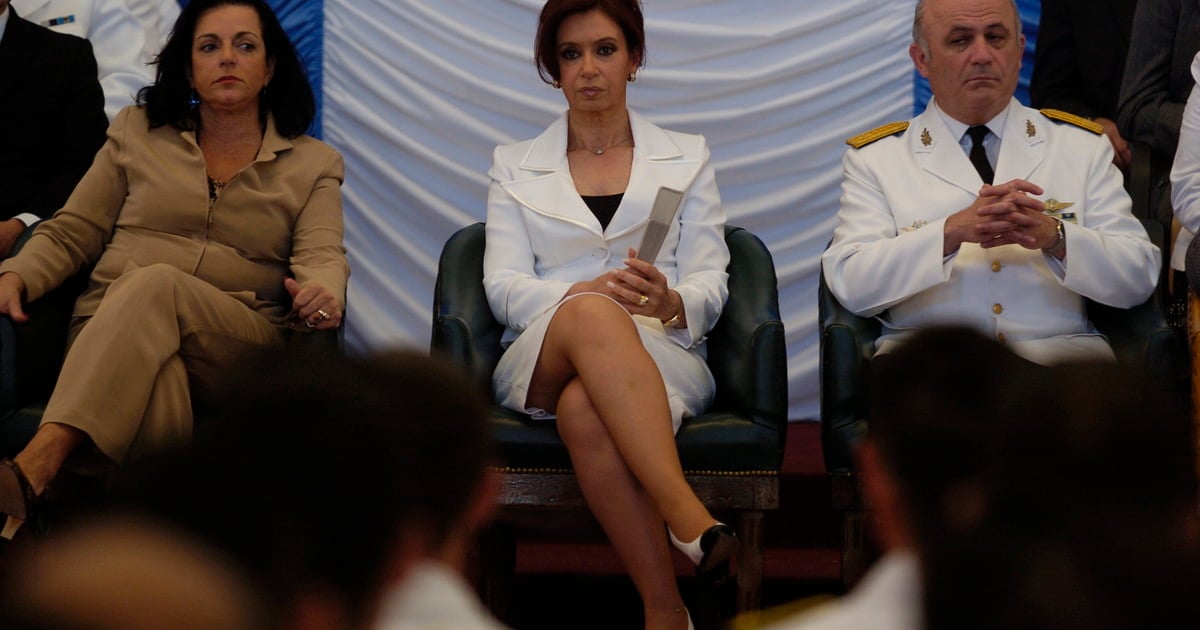 The Federal Justice recognized "moral injury" and ordered the Navy and the nation state to replace the frigate captain Marcelo Toulemonde, sanctioned, persecuted by the maritime and defense authorities during the K years, and finally made mandatory retirement in 2012, after his wife called in an act led by Cristina Kirchner.

In his 28-page ruling, to which he was granted Clarín Subrogated Federal Judge at the Court of Administrative Law 11, Cecilia Gilardi De Negre, Partially Partially The Seaman's Requirement, Because Although he recognizes the damage and makes compensation, he rejects his request to be reinstated into active duty and evaluated before the Navy's board of directors for the Navy. A file in this regard, which already has a favorable request from the Navy with the signature of the navy commander, Admiral José Luis Villán, is processed months ago at the Ministry of Defense, which they told Clarín near Toulemonde .

Twelve years ago, Toulemonde was head of the Mar del Plata Naval Arsenal, a position that was considered "technical" in the Navy, which he held with responsibility and commitment according to several testimonies. His life and his family would have one before and after December 20, 2007, when ten days after he assumed his first term, Cristina Kirchner led the joint graduation ceremony for the cadets for the three forces, at the Military College.

When he gave his message "to the new generations", referring to the tragedies of the past to leave, in relation to the dictatorship year, a cry in the solemn Honors shouted: "Larrabure!" Clarín was there that day and has been following the case ever since. The president's custody began to trace nervously among assistants. The author would be identified as Monica Liberatori, Toulemonde's wife. The woman recognized her attitude and published her case, a few months later in a letter to the newspaper La Nación.

The Toulemonde case, which refers to the Larrabure case, is emblematic of the conflicts in the years of the Kirchner governments (2003-201

5) with the armed forces from the decision of Nestor Kirchner of to resume the trials for illegal repression of the dictatorship. That he revived the "military family "'s demand to take into account guerrilla victims. Larrabure is perhaps his main emblem.

Defense Minister Oscar Aguad, along with President Macri in an army document. Aguad must define the Toulemonde case.

Larrabure was the largest Argentine in the Larrabure Valley, a chemical engineer kidnapped on August 11, 1974 by the People's Revolutionary Army (ERP) during the takeover of the Gunpowder and Explosives Military Factory of Villa María, of which he was its Deputy Director. He was 372 days in captivity in a "city jail" in Rosario.

The army refused to exchange him with ERP prisoners, and Larrabure refused to cooperate with his technical knowledge with the guerrillas. He died of asphyxiation, hanged, according to his son Arturo Larrabure, who is still bidding in court to consider his case as a crime against humanity (ERP said he committed suicide). His body was found on August 25, 1975 under unfortunate conditions. He was 43 years old. Tragic stories from the 1970s: the family of militants who were "the prisons" in Larrabure, were identified and five of its members were tortured, raged at least in one case and killed by the military. Survived what was a child, Josefina Tosetto González, current deputy of the nation.