Archaeologists discover mass graves from the Mongol invasion of Russia 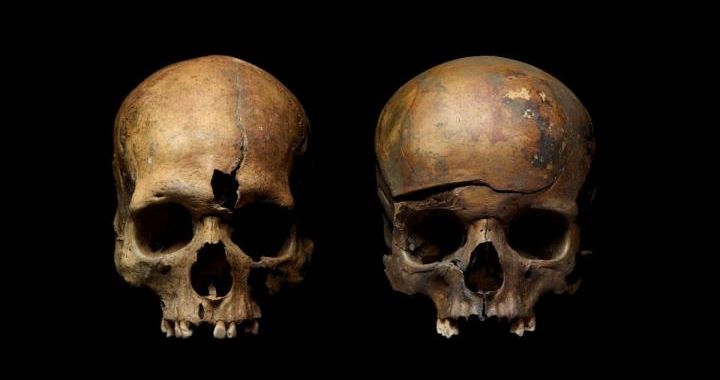 Archaeologists excavated part of the old city center in Russia between 2005 and 2010 as part of an attempt to restore its cathedral. During the excavations, they discovered nine medieval mass graves containing the remains of at least 300 people, from Mongol's sack. It took several more years for their bones, the ancient DNA preserved inside them, and a few hundred-year-old blowing larvae, to reveal a family tragedy set against the wider background of Mongolian expansion.

Fire and bodies lying in the snow [19659005] During the first half of the 13th century, the Mongol leader Batu Khan (grandson of Genghis Khan) conquered parts of modern Russia, Eastern Europe and the Caucasus and added them to what became known as Golden Horde. He swept west with an army of 130,000 soldiers, and for the cities on his way, the only options were surrender or slaughter. Smolensk chose to surrender and pay tribute to the Khanate, but 18 other cities – including Moscow and the capital of the principality that ruled Yaroslavl at the time – fell to fire and the sword.

The Mongol army reached Yaroslavl in February 1238. Many of those then buried in the mass graves had clearly died violently; their bones bore the marks of stabbing, cutting and blunt trauma. Some of the bones also showed signs of being burned, probably in the fire that accompanied the attack, according to historical documents and archaeological evidence. Several of the graves had been basements in houses and outbuildings; after the buildings burned down in the fire, the survivors or conquerors found the exposed basements convenient places to dispose of the dead.

Because of a medieval courtyard in the center of the city, near the cathedral, someone went to trouble digging a pit for the dead. But the fifteen people buried in the shallow pit lay in a variety of bags, indicating that they had been dumped in unauthorized places. The blowing larvae found mixed with the bones may explain the speedy treatment: the bodies would have been in the most odorous decomposition stages when the burial finally occurred.

The larvae remained in remarkably good condition, even after 800 years of burial. Entomologists identified the exact blast species – and calculated that around Yaroslavl came the average daily temperatures that the larvae needed in late May or early June.

"These people were killed and their bodies remained in the snow for quite a while. In April or May, the flies began to multiply on the remains, and in late May or early June, they were buried in a pit in the home yard, which is where they probably lived, says archaeologist Asya Engovatova of the Russian Academy of Sciences. Then Batu Khan and his army marched through Crimea.

A Family Tragedy Hosted by Dostoevsky

Several of the people buried in the pit had much more tooth red than the rest of the dead Yaroslavl, which actually suggests that they were quite prosperous. Tooth decay usually indicates a diet high in sugar (or at least soft foods high in carbohydrate). During the Middle Ages, only the rich had access to so much sugar. And the artifacts found where the house once stood indicate that the property had been relatively rich until it burned down during the Mongol attack. Engovatova says it is reasonable to believe that those buried in the middle of the yard lived – and died – there.

Some clues in the legs suggested that a number of people in the mass grave may have been related. Several of the skeleton shared features that could have been hereditary, such as spinal bifida and a cranial suture (one of the joints between the bones of the skull) that remained open long after the age when it was usually closed.

To test that idea, geneticists Kharis Mustafin and Irina Alborova of the Moscow Institute of Physics and Engineering tried ancient DNA material from eight skeletons. Three of them shared the same mitochondrial genome, which is transmitted from mother to child. Anthropologists say the three relatives were a woman, probably at least 55 years old when she died; a woman somewhere between 30 and 40 years; and a young man about 20 years old.

DNA analysis also helped to calculate how close humans were; Engovatova and her colleagues say the most likely scenario is that the three people represent a grandmother, her daughter and her grandchild. Another person, buried in a nearby grave, came from the same mother's family. Engovatova and her colleagues presented their results at a new international anthropology conference in Moscow.

"In addition to recreating the overall picture of the city's fall 1238, we now see a family tragedy," Engovatova said. "What is not known, of course, is who buried them: a relative, a neighbor or a conqueror?"

Yaroslavl rebuilt after the fire it had done after many other fires in its history; it was a city made mostly of wood at a time when people relied on fire for cooking and heating. The principality that the city belonged to would spend the next 250 years as a vassal state to the Golden Horde but not without more conflict and death. Batu Khan's cousin, Mongke Khan, swept through the region again in 1257, followed by the black death of 1278, more Mongolian attacks in 1293 and 1322 and another wave of black death in 1364.