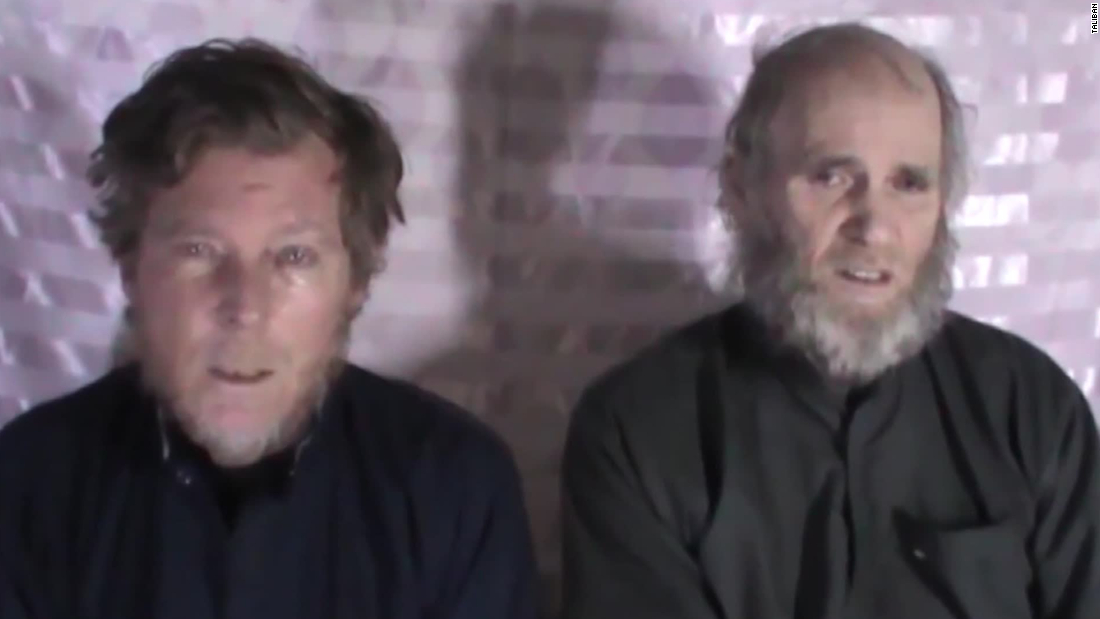 US citizen Kevin King and Australian citizen Timothy Weeks were forcibly taken from a vehicle during the trip in Kabul in August 2016, according to the FBI. Their release was announced Tuesday by the American University of Afghanistan (AUAF), where both men taught.

In a statement on Tuesday, the Taliban said Anas Haqqani – who is the brother of Sirajuddin Haqqani, group leader and leader of the Haqqani network – and two other senior commanders, Haji Mali Khan and Hafiz Abdul Rasheed, had been released as part of the deal. The Taliban called the change a "positive step" towards "benevolence and confidence-building measures that can help the peace process."

Afghanistan last week unveiled a plan to "conditionally" release the three high-ranking militants "to pave the way" for the release of the two AUAF professors. In a televised statement, President Ashraf Ghani said the couple's health had deteriorated during his captivity and that the decision to continue with a prisoner swap had been made in consultation with international partners, including the United States.

The three Taliban have since left Afghanistan and have arrived in Qatar, according to Suhail Shaheen, Taliban spokesman for their Doha political office. "I thank the (Qatar) government for providing assistance in this regard," Shaheen said on Twitter.

AUAF said in a statement on Tuesday that its community "shares relief from the families of Kevin and Timothy" and looks forward "providing all the support we can to Kevin and Tim and their families."

"We want to extend our gratitude to everyone involved in the release of our colleagues," the university added.

Australian Prime Minister Scott Morrison also expressed his gratitude to the US and Afghan governments for helping to free .

"We are very pleased and relieved Australians Tim Weeks and his US colleague, Kevin King, held hostage since August 2016, have been released by their kidnappers today in Afghanistan. We convey deep appreciation to the governments of the US & Afghanistan," tweeted Morrison.

"Tim's family has asked for privacy. They have asked the Australian Government to convey their relief that their lengthy trial is over, and their gratitude to all who have contributed to Tim's safe return."

Native Americans had contact with Polynesians 800 years ago, confirms the DNA study

The Melania Trump statue in Slovenia was lit on July 4th