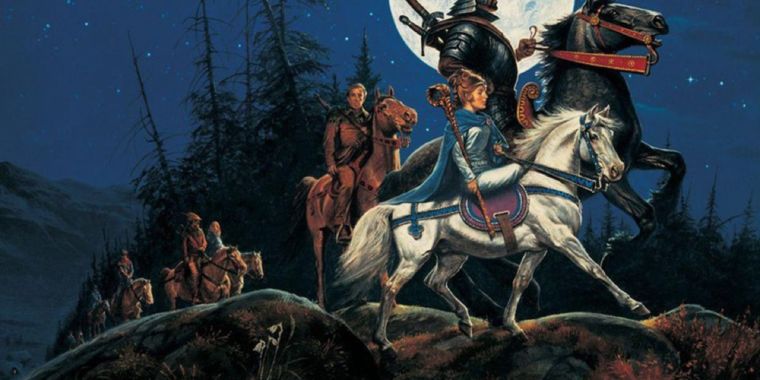 Amazon has announced its first round of casting for The Wheel of Time the long-awaited TV adaptation of the late Robert Jordan's bestselling 14-book series of epic fantasy novels. Within that genre, Jordan's series is as popular as George R.R. Martin's Song of Ice and Fire .The last book in the series was published after Jordan died and written from Jordan's notes by bestselling author Brandon Sanderson.

The TV series will center on Moiraine (played by Oscar- nominee Rosamund Pike), a member of a powerful, all-woman organization called the Aes Sedai. (In this world, magic exists, but only certain women can use it — ie, the members of the Aes Sedai.) She identifies five young people, one of whom could be the reincarnation of a person who prophecies say will save or destroy humanity . Together, the youngsters embark on a journey across the world.

Josha Stradowski will play Rand al'Thor, aka The Dragon Reborn, He Who Comes With the Dawn, the Coramoor, Shadowkiller, and who knows how many other monikers. He's apparently the person featured in the prophecy. Marcus Rutherford has been cast as apprentice blacksmith and dream walker Perrin Aybara. Zoe Robins will play healer Nynaeve al'Meara, and Madeleine Madden will play the powerful channeler Egwene al'Vere. Finally, Barney Harris has been cast as comic relief series, Matrim Cauthon.

There was one feeble prior attempt to jump-start a TV adaptation a few years ago. Entitled The Winter Dragon the 30-minute short series pilot just covered the prologue of the first book in the series, The Eye of the World . The less said about it, the better. As Ars' Lee Hutchinson wrote in 2015:

What makes for a relatively quick few pages in the book is stretched over 30 interminable, plodding minutes onscreen, including three long commercial breaks. Max Ryan's delivery of his lines as Lews Therin can best be characterized as "ghastly" ("Light forgive me. Light forgive me. Light … forgive me," he says in an emotion-free monotone), and Billy Zane (yes , that Billy Zane) as Ishamael acts less like the Godhead-obsessed Betrayer of Hope in the books and more like Cal from Titanic .

In other words: it wasn't Good. And apparently it wasn't authorized. There's a reason it aired in the middle of the night on FXX as "client-supplied programming," more akin to an infomercial. Jordan's widow and editor, Harriet McDougal, wrote in a statement that she was "dumbfounded" and had no idea a pilot was being made. The producers then countered with a lawsuit against her, claiming "breach of contract, slander, and interference with contractual relations and prospective economic relations." But all that drama has since been resolved, and hopes are much higher for Amazon's adaptation. Production is slated to begin this fall.