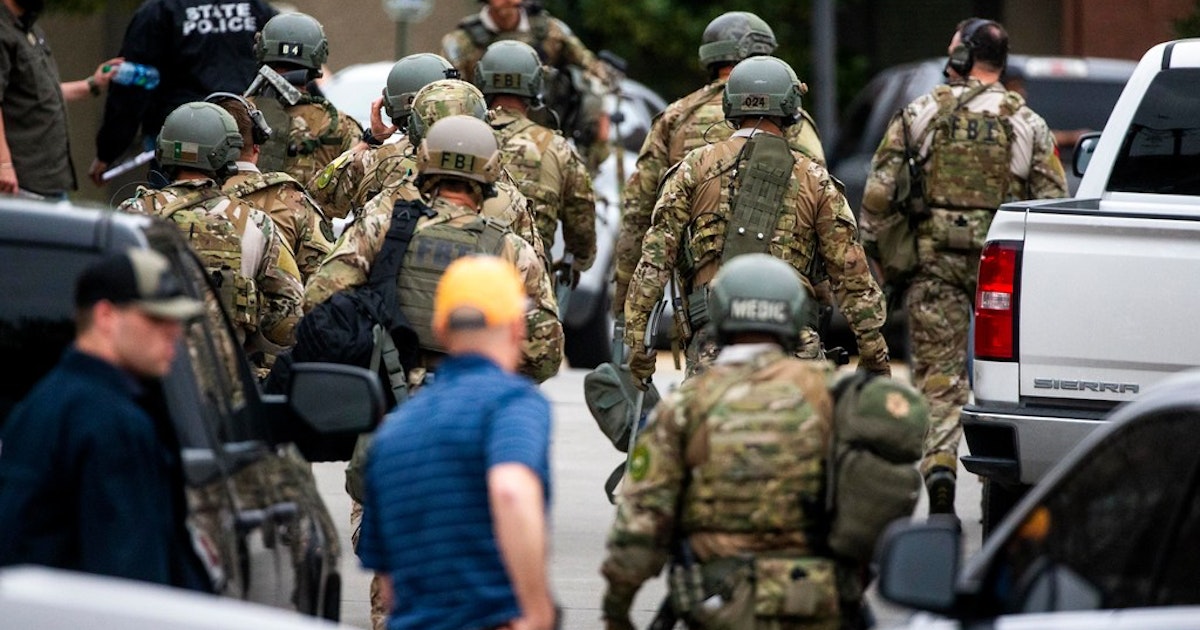 The event started at 2:15 pm Friday, when the troop tried to stop the driver on the Northbound Dallas North Tollway near Spring Creek Parkway for a traffic crash, Haschel said. Instead, the driver fled and continued north for about four miles.

The motorist then left the road and stopped at the parking lot in La Valencia in Starwood apartments in the 6800 block of Lebanon Road.

At some point thereafter, the driver shot the trooper, Haschel said.

Video obtained by Dallas Morning News shows that the troop takes shelter behind his DPS vehicle and exchanges gunfire with suspicion.

The video shows that after beating, the trooper returns behind the SUV, jumping on one leg. After another shot lamp he falls backwards, his hat flies out and then manages to crawl to his feet behind his vehicle.

The Frisco police arrive one minute later and move the troop to safety.