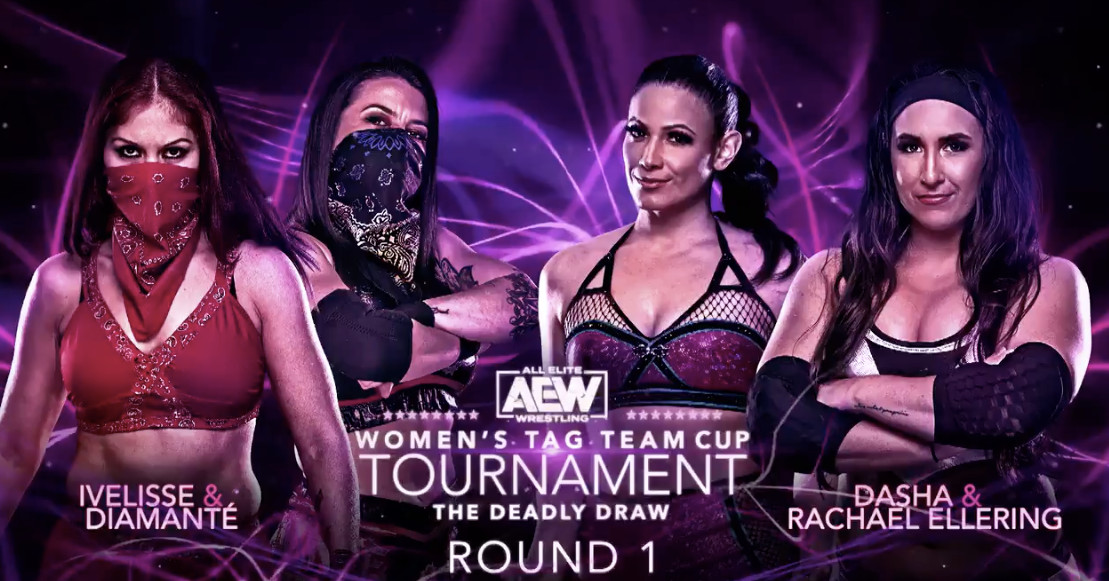 AEW continues its “Deadly Draw” Women’s Tag Team Cup tournament tonight (Mon., August 10, 2020) on its YouTube channel starting at 7 p.m. ET. The tournament rules dictate that teams are determined by a random move, and no one knows that their teammate will come in. There are 8 teams.

The first round continues tonight and the following is the only matchup they have promoted so far:

– In our immediate match, we see that Big Swole collaborates with Lil Swole (the extremely talented Nicole Savoy, who AEW should sign pronto) against Leva Bates & Raché Chanel. Swolesna forward after a double-team DDT / blockbuster combo leads to Big pinning Leva. But Bates was protected for some reason – she won the match if not because the referee was distracted by her partner who forever got out of the ring after breaking a pin.

– After advertising for Heels, AEW action figures and All Out, we see the pictures from earlier of Ivelisse & Diamante pulling each other as partners, and Madusa tells Dasha that she is in the tournament.

– In the second match, Ivelisse & Diamante forward after Ivelisse meets Dasha with a Destroyer.

– After some comments from Swoles after the match, Tony Schiavone informs us next that we will get both semifinals. Here are the matches …